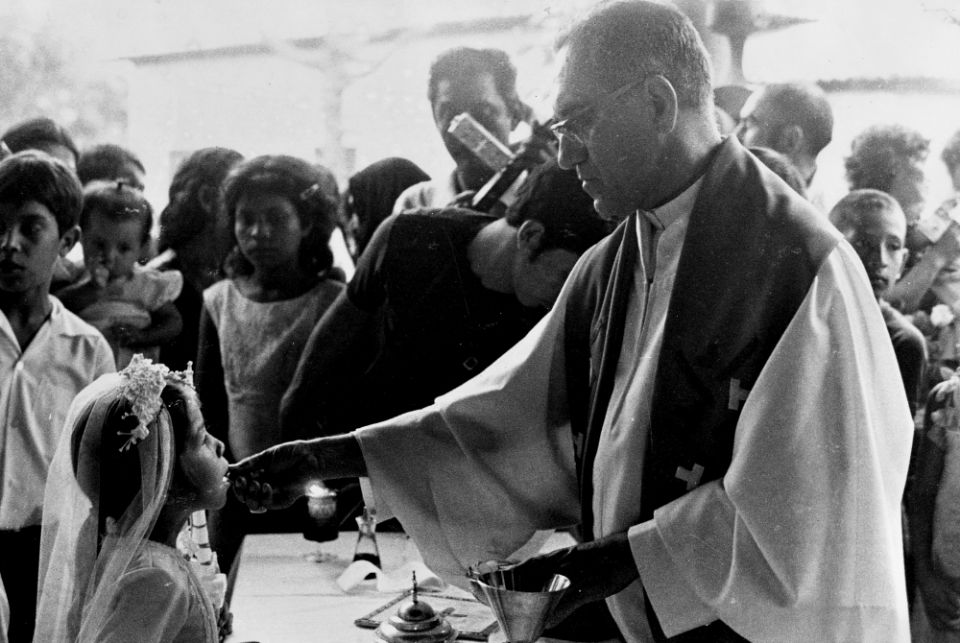 Óscar Romero was appointed archbishop of San Salvador, El Salvador, in February 1977. He was not the candidate of the previous archbishop, who thought he was not firm enough in opposition to the violence, oppression and injustice of the right-wing government. Romero himself thought he had to find balance or a middle road between support for the vulnerable and oppressed and political partisanship, but after becoming archbishop, he changed.

What brought about the change? His good friend, Jesuit Fr. Rutilio Grande, was murdered by the government because of his strong support for the oppressed and victims of the government. Romero was already becoming more conscious of the injustice and violence. What many called the "Rutilio miracle" was the reality that brought about his commitment. He recognized that not all those who opposed the government were communists. In fact, most of the poor were fighting injustice in the name of the Gospel.

Romero used many different means to make his position known. In his homilies, weekly magazine articles, and broadcasts, he became a strong defender of the oppressed and emphasized the need for the church to be on the side of the poor in resisting the violence, torture and oppression carried out by the existing regime.

At times, he was a lonely voice in the struggle. The powerful upper class in El Salvador, who considered themselves good Catholics, strongly opposed his support of the poor and his opposition to the government, which was strongly opposed to communism. The majority of other bishops in El Salvador disagreed with him as being too political and supporting the communists.

The Roman Curia and Pope John Paul II also could not accept his approach. In the one audience he finally had with John Paul II, the pope suggested that he might appoint an administrator to run the San Salvador Archdiocese. 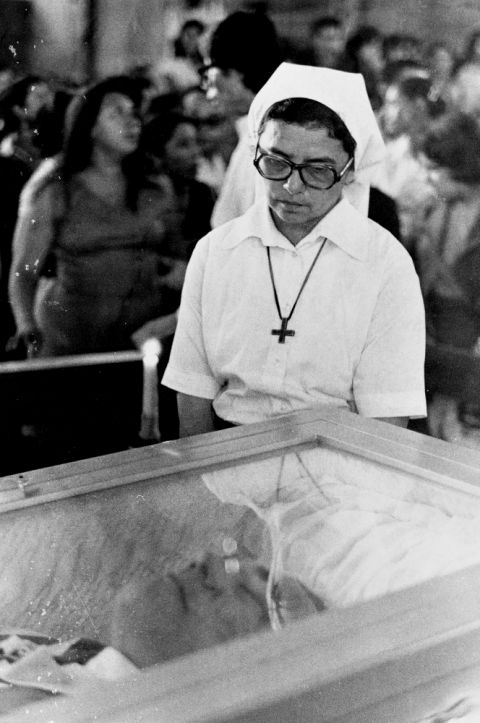 There were many threats against Romero's life. In February 1980, he wrote a letter to U.S. President Jimmy Carter, urging him as a Christian and a supporter of human rights not to send military aid to the Salvadoran government. He read this letter in his homily of Feb. 17, 1980.

On March 23, 1980, he appealed directly to the government soldiers not to kill their brother peasants. When confronted with an order to kill, they should obey God's law and not the unjust order.

One day later, on March 24, 1980, while presiding at Mass, he was assassinated. His funeral on March 30, 1980, saw more violence and killing. A bomb exploded and gunfire occurred, followed by more bombs and gunfire in the plaza outside the cathedral where the funeral was being held. The mourners at the funeral raced into the cathedral to protect themselves from harm and stayed there for more than two hours before the all clear was signaled.

For the people of El Salvador, Romero was a saint even before he was assassinated. Anglicans and Lutherans regarded him as a saint, but the Catholic Church had problems. For many, he was too political: His death was not a martyrdom for the faith but a killing because of his political positions.

Things changed in the Catholic Church significantly when Cardinal Jorge Bergoglio became Pope Francis. Romero was beatified in May 2015 and in March 2018, the Vatican announced that Romero would be canonized as a saint. The date for the canonization has been set for Oct. 14 in Rome.

I will offer three comments about this narrative. First, Romero's struggle against the government and its injustices did not involve unacceptable involvement of the church or church leaders in the world of politics. Whatever affects human persons, human communities, and the environment is by that very nature not just a political or a legal issue. It is a human, moral and, for the believer, Christian issue. The Christian tradition has consistently recognized that the political order is subject to the moral order.

Second, Romero was truly a martyr. In the past, martyrdom was often seen in terms of dying for the faith in a very restricted manner. But today we recognize that Christian faith must act and influence all that we do. The international synod of bishops in 1971 maintained, "Action on behalf of justice and participation in the transformation of the world fully appear to us as a constitutive dimension of the preaching of the Gospel, or, in other words, of the Church's mission for the redemption of the human race and its liberation from every oppressive situation."

Third is the issue of communism. It is obvious that Romero was not communistic but an exceptionally committed Christian. It is also clear that U.S. policy and some within the Vatican used the threat and fear of communism to support right-wing governments and all their unjust means. 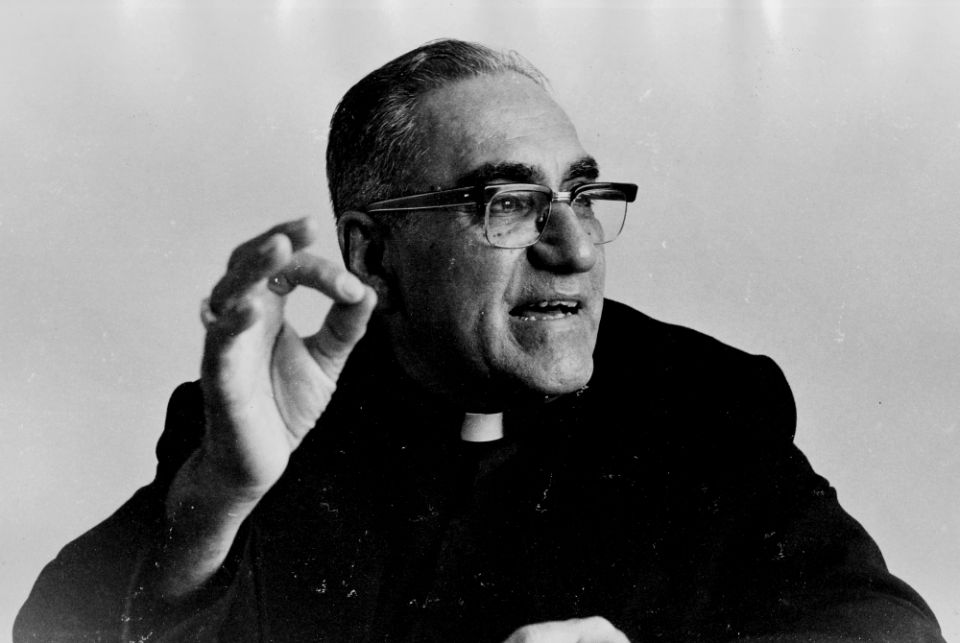 All have to recognize there is some overlap, as well as some significant differences, between Christian social teaching and action and communism. Pope Paul VI recognized this relationship in his 1971 apostolic letter Octogesima Adveniens, commemorating the 80th anniversary of the social encyclical Rerum Novarum. There is a difference between philosophical teachings and historical movements.

Also, many Christians are attracted to the Marxist struggle against injustice. The pope opposes the Marxist denial of transcendence, its materialistic philosophy and the class struggle, but he recognizes that Marxism provides for some Christians a tool for the sociological analysis of what often occurs in our world.

These three points strongly confirm the judgment of the Roman Catholic Church to finally canonize Romero as a saint.