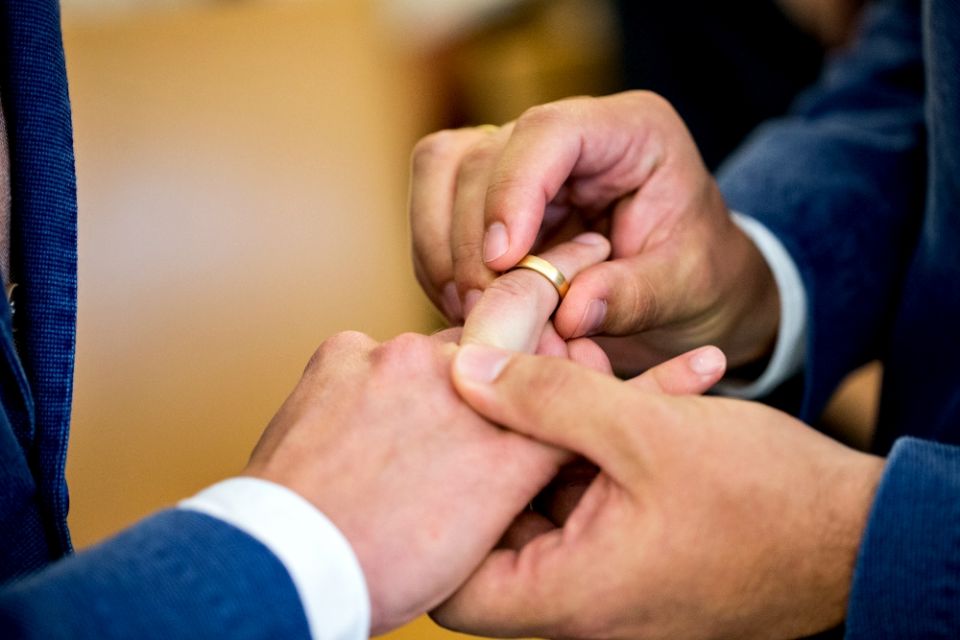 In a recent radio interview, Cardinal Reinhard Marx of Munich-Freising said the Catholic Church needs to provide better pastoral support for lesbian or gay people but stopped short of endorsing blessings for same-sex couples as a general practice or policy.

Marx, the archbishop of Munich, is one of the most influential leaders in the Catholic Church. He serves on Pope Francis' Council of Cardinals, heads the German Bishops' Council, and is president of the Commission of the Bishops' Conferences of the European Community.

An English translation of the interview quotes Marx as saying, in response to a question on how the church should deal with gay people, "We must be pastorally close to those who are in need of pastoral care and also want it. And one must also encourage priests and pastoral workers to give people encouragement in concrete situations. I do not really see any problems there. An entirely different question is how this is to be done publicly and liturgically. These are things you have to be careful about, and reflect on them in a good way." 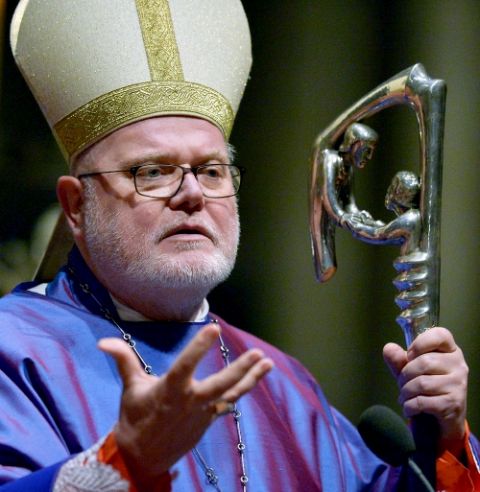 In addressing how a church that bans same-sex marriage could minister to couples, Marx said, "That does not mean that nothing happens, but I really have to leave that to the pastor on the ground, accompanying an individual person with pastoral care. There you can discuss things, as is currently being debated, and consider: How can a pastoral worker deal with it? However, I really would emphatically leave that to the pastoral field and the particular, individual case at hand, and not demand any sets of rules again — there are things that cannot be regulated."

Marx's struggle to articulate a coherent strategy for addressing the needs of the church's gay and lesbian members (the interview does not seem to have included any reference to transgender, intersex or bisexual people) once again shows the dilemma for those trying to work within the framework of current doctrine, church structure and political polemic of institutional Catholicism. There seems to be a recognition by the cardinal that current dogma and practice are failing many in the church, and a desire to find ways to respond to their needs. Marx sees pastoral responses to individual situations as the solution.

The problem with this approach is that it reinforces the church's official view of lesbian and gay individuals and same-sex couples as less than full members of the body of Christ. It requires priests and other pastoral workers to determine whether an individual situation merits the risk of a secret blessing, and implicit validation of the person's sexual orientation and intimate relationships.

This puts both the seeker and the giver in tenuous positions, subject to criticism and attacks from those who find such action contrary to church teaching — which, in fact, it would be.

Perhaps the only way for the institution to change is through an incremental approach, whereby the number of individual cases gradually increases, and the experience of those involved somehow convinces a sufficient number of those in authority that a change in doctrine is merited. Then the process of debating the theology and tradition that might support such a change could begin. How long such discernment might take is anyone's guess.

In the meantime, the official church's persistent inability to fully embrace LGBTQI people and their families will continue to drive away not only many of them, but also many members of their extended families, friends, and allies — not to mention massive numbers of young people in general. As Marx and other leaders struggle to figure out how to resolve what is admittedly a complex dilemma for the church, LGBTQI people, allies and family members must be an integral part of the conversation.

It bears noting that, in the United States and many other parts of the world, the people of the church are far ahead of its leadership on LGBTQI issues. In countries where same-sex marriage is legal, tens of thousands of Catholics have rejoiced in witnessing the civil marriages of their children, grandchildren, parents, siblings, cousins and friends, many in ceremonies that include a spiritual blessing.

Countless others, especially where marriage equality has yet to be achieved, have joined their loved ones in rituals that celebrate the commitments lesbian and gay couples have made to each other. Their presence and pledge to honor and support these couples represent the triumph of love over law.

Members of our community who love the church and seek to be full and equal members of it are in the best position to advise church leaders on appropriate pastoral care and theology. There are many of us who are willing to share our stories, hopes, and challenges if we know we will be listened to with open-mindedness and respect.

In the meantime, we offer the Letter on Pastoral Care of Lesbian, Gay, Bisexual and Transgender (LGBT) People, written by members of DignityUSA in 2007, as a starting point for understanding our perspective on what is needed.

It is a hopeful sign that Marx, other German bishops, and indeed numerous Catholic Church leaders around the world are grappling openly with the place of LGBTQI people in the church. An even more hopeful step will occur when church leaders finally engage the true experts in this struggle in genuine dialogue, and we begin to work out solutions together.

[Marianne Duddy-Burke is executive director of DignityUSA. Jeffrey Stone is a former member of the DignityUSA board of directors and currently serves as director of media relations, as well as on the Dignity/New York steering committee. He is a co-author of Growing Up Catholic.]