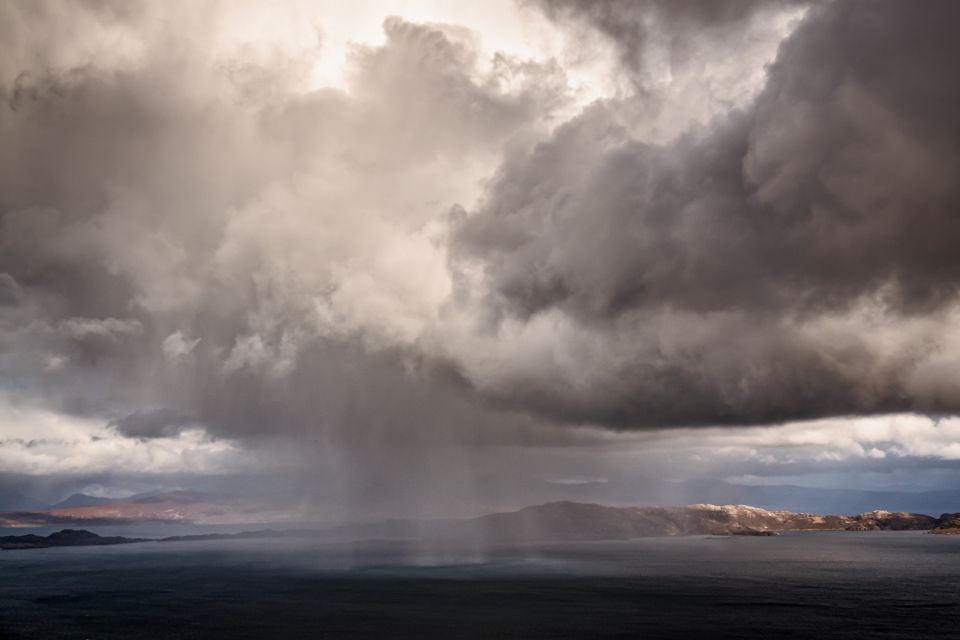 Fear is the root of many current problems facing the Catholic Church.

Last September, Pope Francis called attention to articles published in La Civiltà Cattolica. The articles, written by Jesuit Fr. Antonio Spadaro and Marcelo Figueroa, address a culture of fear and intolerance within the Catholic Church that is harmful to believers. Pope Francis called the articles "important" and recommended them for reading and study.

"Reading them you will see that there are sects that cannot really be defined as Christian. They preach Christ, yes, but their message is not Christian," Pope Francis said.

I have personally witnessed this as a Catholic relative morphed into a hardcore fundamentalist not unlike a radical evangelical Protestant — a transformation I believe owed to fear. Furthermore, I believe the exploitation of fear by sexually abusive priests has perpetuated cultures of abuse within the Catholic Church.

In La Civiltà Cattolica, authors Spadaro and Figueroa refer to a "cult of the apocalypse" and some who identify as Catholic but "express themselves in ways that until recently were unknown in their tradition and using tones much closer to Evangelicals."

"Theirs is a prophetic formula: fight the threats to American Christian values and prepare for the imminent justice of an Armageddon, a final showdown between Good and Evil. … Every process (be it of peace, dialogue, etc.) collapses before the needs of the end, the final battle against the enemy. And the community of believers (faith) becomes a community of combatants (fight)," the authors observe.

The article continues that such approaches can "anesthetize consciences" or support "atrocious and dramatic portrayals" of the world.

Unfortunately, this analysis corresponds to the outlook of a Catholic relative of mine. Over several years, I saw my relative transform from a mildly religious person into someone obsessed with the Apocalypse while absorbing the influence of traditional Catholic media. In my opinion, fear was a key factor.

My relative listened to Christian radio and preferred to watch televised Mass rather than go to church. In the 2000s, one of her favorite speakers was Fr. John Corapi. "Your mother wears combat boots," Corapi used to say frequently of the Virgin Mary. His own religious order later confirmed allegations against Corapi of sexual activity with adult women, abusing alcohol and drugs and violating his vow of poverty. He is no longer an active priest. His order said in a 2011 statement that Corapi was "misleading" Catholics "through his false statements and characterizations." I am not sure to what extent Corapi influenced my relative's thinking; however, she was clearly a devoted follower of his.

My relative's religious views became fearful and intolerant. This change cannot definitely be ascribed to one source, as she consumed various religious media, including books, and listened to different Christian radio stations constantly.

Her personality changed; she lost interest in former hobbies and alienated old friends. She brought religion into every conversation. She ranted about "the lost and the saved," as if salvation was predestined. She denounced people of different belief systems as religious "enemies." She focused on the Apocalypse — she seemed to enjoy devising theories of how the world should end. Her viewpoint was dark and negative. No attempts at positive alternate opinions could change her mind. We became estranged as a result.

While my relative viewed herself as Catholic, she essentially made up her own fundamentalist religion on par with radical Evangelicalism or an extreme "Middle Ages" version of Christianity.

This mindset saw God as a volatile divinity like the Roman concept of Jupiter, ever ready to punish and hurl thunderbolts, always needing to be appeased. It left no place for the love of Jesus' sacred heart or his divine mercy, or even the mercy of the infant Jesus, who chose to be born in a stable to redeem humanity.

At the basis of it all was fear. Fear has created atmospheres of intolerance and oppression within the church. Fear has not only warped the outlook of some Catholic believers, but has also fomented a culture of abuse among clergy.

I observe that fear has been commonly used by abusive and criminal priests found guilty of sexual abuse as a means of controlling believers and victims. Abusive priests described in the 2018 Philadelphia grand jury report used fear to silence victims and dominate believers. Crux recently reported that fear was an element in the power wielded by Bishop Michael Bransfield of Wheeling-Charleston, West Virginia, who is accused of harassment and predatory behavior. Abusers often cultivated pious appearances while using authority to create fear in others and retain control.

The exploitation of fear by predatory priests reminds me of the plot of the 1955 classic film, "The Night of the Hunter," an extreme fictional portrayal of criminal behavior masked by religious zeal. The film's villain, played by Robert Mitchum, is a criminal pretending to be a Protestant preacher; he literally gets away with murder because he affects religious fervor and those in awe of his false piety do not question him. This cinematic depiction is perhaps overdramatic. However, the scenario is thought-provoking, especially in an age when revelations of horrific sexual abuses within the church are connected to exploitations of fear and clerical authority.

Catholicism is not a religion of fear. It is a faith of hope, promise and mercy. The witness of Jesus Christ does not teach us to be afraid. Jesus' message of divine mercy to St. Faustina was for souls to trust in his mercy — the essence of His love. Pope St. John Paul II inspired and encouraged many Catholics during his lifetime — myself included — with his motto: "Be not afraid."

Authors Spadaro and Figueroa write that Pope Francis "is carrying forward a systematic counter-narration with respect to the narrative of fear. There is a need to fight against the manipulation of this season of anxiety and insecurity."

Catholics must return to our core beliefs in the goodness and mercy of God to practice faith in a healthy and positive way.