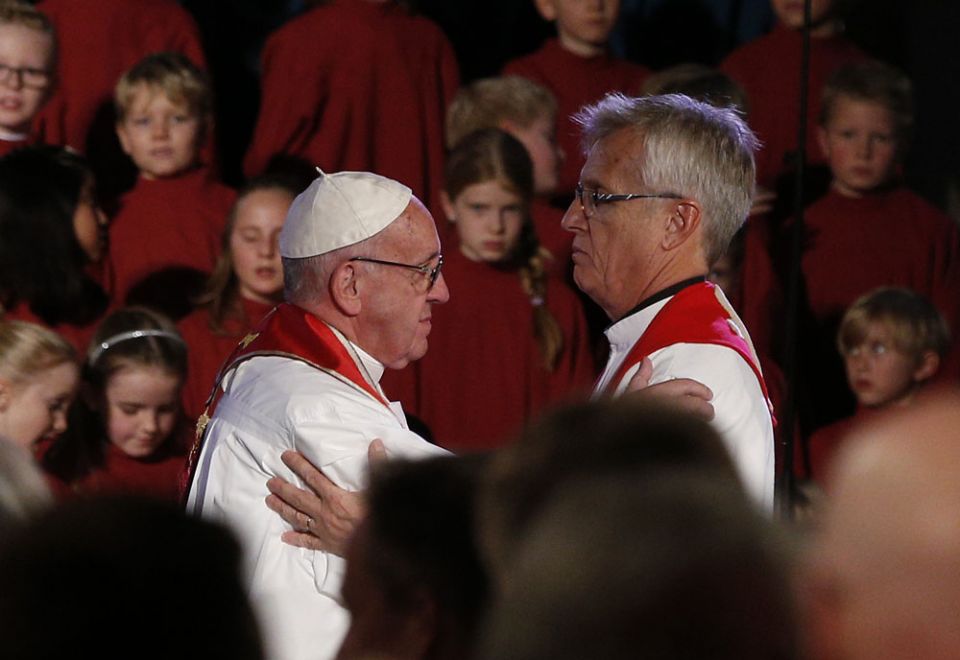 This October marks the 500th anniversary of the Protestant Reformation which is usually dated from the time Martin Luther nailed his famous 95 theses on a church door in Wittenberg, Germany, in 1517. That act split Christianity in Europe for centuries and ultimately led to the so-called "Wars of Religion" across the continent.

When I was young — before the Second Vatican Council of the early 1960s — I remember what Catholic/Protestant relations were like in my hometown of Lockport, New York. And I suspect they weren't much different elsewhere.

My parish church, St. Patrick's, was just half a block away from a Presbyterian church. And I can remember my grandmother telling me that I should not so much as walk in front of that Presbyterian church! And we were never allowed to go to Protestant services; we were told that that would be a mortal sin! The nuns in school reinforced my grandmother's warning.

And in those days, when a Catholic wanted to marry a Protestant, and desired a Catholic ceremony, it was held in the rectory, not the body of the church. The message? Keep it quiet, there's not much to celebrate!

Even at a young age, that bothered me. My Aunt Marian — who was Catholic — had married my Uncle Alan, who was Protestant and divorced. They had a wonderful marriage, and three great children. I can remember wondering: What is the problem?

Then, when I was in college, Pope John XXIII called the Second Vatican Council in the early 1960s. Suddenly, "ecumenism" — seeking good relations between Protestants and Catholics — became the watchword of the day. Catholic services began to be celebrated in English, not Latin, and a few interfaith services began demolishing old barriers between Catholics and Protestants.

As the civil rights movement grew, Rev. Dr. Martin Luther King was admired across denominational lines. Priests, nuns and rabbis joined Protestant ministers marching hand in hand for civil rights, and later, in opposition to the Vietnam War. I can remember thinking in those days: the Reformation is over with! People of faith can and do respect one another across denominational differences.

But I was wrong. The Reformation was not "over with;" it was successful. Not only did it make room for variety in Christianity, it paved the way for religious freedom and tolerance, and ultimately, the values stated in our First Amendment: "Congress shall make no law respecting an establishment of religion, or prohibiting the free exercise thereof."

And of course, the movement we call ecumenism has tried to bridge differences, and promote respect across denominational lines. At least in the United States, the quest for such respect has been a continuing success.

So today, Catholics should join Protestants in celebrating the anniversary of the Reformation.

And oh yes, I have long since abandoned my grandmother's admonitions about Protestant churches.  I have attended services, and even preached on a couple occasions. The Reformation lives in wonderful ways.

Methodists may set agree-to-disagree model for churches in strife

The myth of the self-regulating institution of 'pope emeritus'