The church exists for the sake of the Gospel, not itself 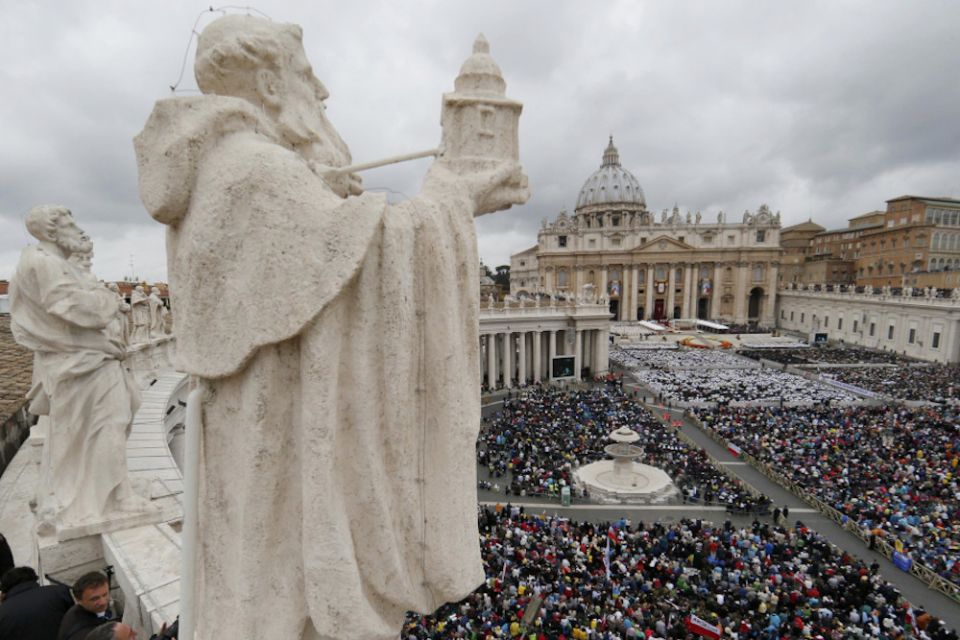 A large crowd is seen in St. Peter's Square as Pope Francis celebrates the canonization Mass for Sts. John XXIII and John Paul II at the Vatican April 27, 2014. (CNS/Reuters/Stefano Rellandini) 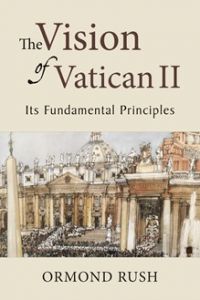 THE VISION OF VATICAN II: ITS FUNDAMENTAL PRINCIPLES
By Ormond Rush
624 pages; Published by Liturgical Press
$69.95

"People of God," "sensus fidelium," "signs of the times," these phrases and more are the slogans by which most of us know something, if anything, about the achievements of the Second Vatican Council. It is rare that those of us who are not professional theologians or ecclesiologists go deeper into the documents where these phrases first appear and especially into the background history out of which the documents themselves emerged.

With the appearance of Ormond Rush's new book, we no longer have an excuse for settling with a superficial grasp of the overall meaning of the council. A distinguished Australian theologian, Rush is well-known in academic circles for his influential books on the interpretation of Vatican II. His previous book, The Eyes of Faith, examined how the Holy Spirit enlightens the "supernatural sense of the faithful."

Now in his new book, Rush engages academic theologians in a deep analysis of the conciliar texts while presenting the complexity of the Vatican council in a way that is also enormously rewarding to less professional readers. Theologians have for the most part taken sides in the reform versus "reform of the reform" that has dominated discussion of the council for the past 20 years. Non-specialists who are aware of the council's importance to the shape of the church today may bemoan its consequent captivity to mindless liberalism or — in the case of the majority of NCR readers — wait longingly for the full implementation of the council's vision. This is, of course, the "popular" version of the academic debate. Both groups will benefit from paying close attention to Rush's method and to the insights it generates.

There are three important organizing ideas that shape this huge book. First, the 24 "fundamental principles" into which Rush divides the work are organized into three groups: hermeneutical, theological and ecclesiological. Second, the author is insistent that the council needs to be seen more as a theological event than, as it is so often treated, as an ecclesiological event. Put better, perhaps, its reforming vision of the church is in the service of the event of God's self-revelation in Jesus Christ. Or a little more tersely, it makes the point that the church exists not for its own sake but for the sake of the Gospel.

The third principle, which may seem in some respects to cut against the second, is Rush's commitment to understanding Vatican II as a pastoral council. The claim that Vatican II was "merely pastoral" is a standard statement of those who wish to play down its significance, while Rush's point is that it is pastoral precisely because the weight of its theological teaching intends the health of the community of faith. Anything that brings alive to believers the action of God in history is both pastoral and theological, and even pastoral because it is theological. Otherwise, it may just be fluff.

To make the case for the priority of theology over ecclesiology, Rush begins with the revelation/faith duo, which focuses on Dei Verbum, but goes beyond it. Correctly, since while it is one of the shorter conciliar documents, Dei Verbum is one of only two that were classified by the council fathers as a "dogmatic constitution," the highest grade of the 16 documents, so to speak. The way in which Rush addresses this key text models his approach to all the council documents and to the lengthy discussions of each of the principles.

In the first instance, Dei Verbum makes sense only when we know something of the background history of what has often been called the "two sources" understanding of revelation. Rush makes clear what was at stake when the draft document reflected an influential but erroneous understanding of the Catholic position, and clearly illustrates the debate and wrangling that took place in the struggle to reach a better understanding. The importance of Dei Verbum is that it locates revelation not as a series of scriptural or dogmatic statements, but as the event of the self-revelation of God in Jesus Christ, to which Scripture and tradition in their different ways testify.

The method by which Rush handles the discussion of faith and revelation is continued throughout the many ensuing discussions. The two terms that identify a particular pairing, "faith and history" or "people of God and hierarchy" or "church and world," for example, are never presented as opposites. Rather, they are complementary ideas that show the complexity and richness of the conciliar texts.

Like the council itself, the documents are not the final word on anything, and they leave much unsaid and much work to be done. The council for Rush is a work in progress, and the dynamism of ecclesial life, as it was at the time of the council, continues to be the place where a fuller appreciation of the work of the council will become apparent. Development and change are all over this fine book, though neither word appears in the title of any of the 24 principles that make it up. These ideas, as John Courtney Murray made clear, were at the heart of the council's work, and recognizing this explains the extent of the conservative backlash to at least some of the documents. Rush is entirely in agreement with Murray's judgment, but his book may go to show more clearly, with the benefit of more than 50 years of subsequent history, that the inevitability of change was not so much enshrined in the conciliar documents as it was proclaimed as a vital theological and ecclesial principle going forward. 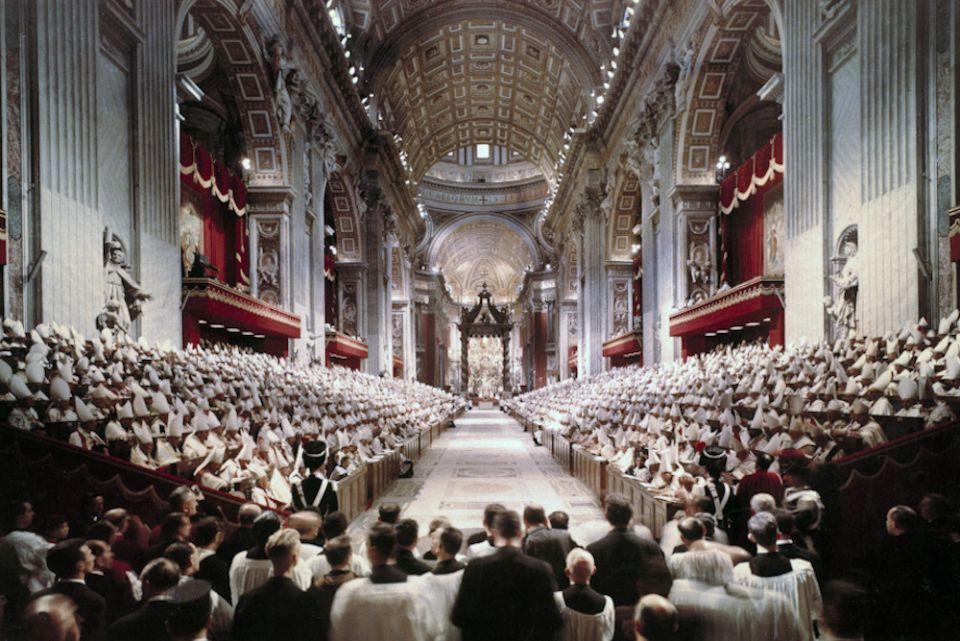 This book is recommended to anyone who struggles to understand the meaning of the Second Vatican Council and who is not enlightened by the polarized antagonisms of recent decades. It is a long book, admirably clear in the way it approaches sometimes complex issues, and rewards the reader from its first word to its last.

As Rush concludes, all these principles he has discussed at length intermingle with all the others, and that may be a relief to the reader with limited time. There is a tight structure to the book, but not one that requires the reader to start at the beginning and go on to the end. You really can dip in and out. You will not get the whole story, but you will get the point. And honestly, in the end, the point is to rekindle a genuine sense of excitement at what the council continues to mean for the church.

This story appeared in the Oct 4-17, 2019 print issue under the headline: Clearer Vatican II vision .