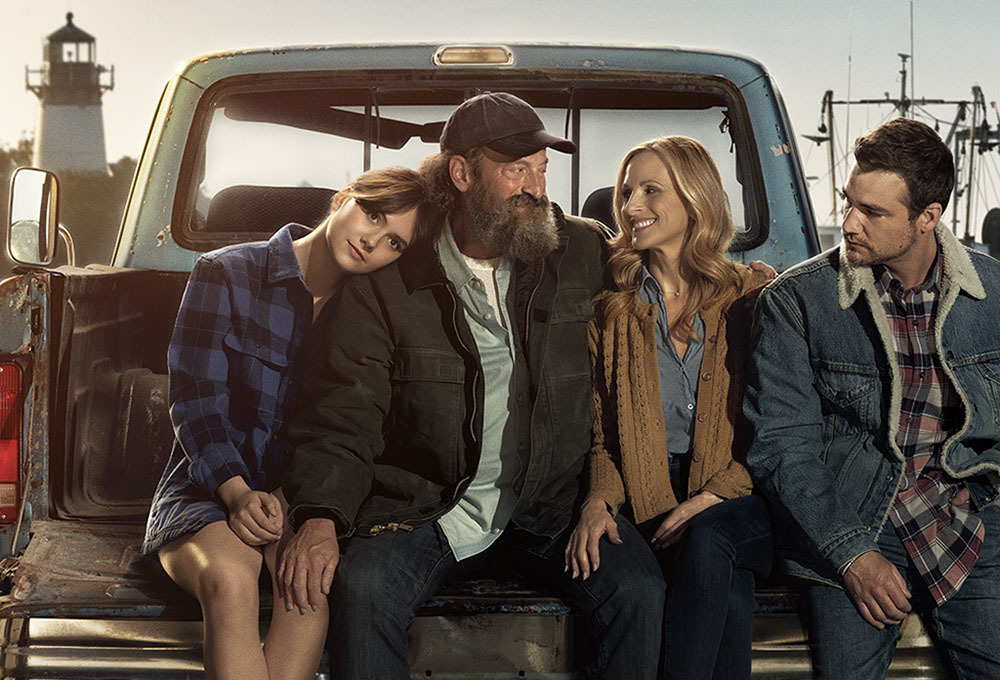 It seems like every time there's a question about inclusion in Hollywood films and TV, the bigwigs counter with a bevy of unvalidated concerns that include lack of universality (read: white, straight, able-bodied viewers won't be able to relate to inclusive stories). This helps perpetuate the notion that screen narratives have to assimilate to this default audience in order for them to resonate.

But writer-director Sian Heder's "CODA," a remarkable dramedy that centers a deaf family, takes this to task.

"Let them figure out how to deal with deaf people," Leo (Daniel Durant) tells his sister, Ruby (Emilia Jones), in "CODA." "We're not helpless."

In a scene that embodies the full essence of Heder's film, in which dialogue is closed captioned, two capable siblings argue over the ability to communicate — the very thing that the hearing world uses to marginalizes deaf people. Just a few weeks ago, Durant himself quoted on his Instagram page that "hearing people can learn sign language, deaf people cannot learn to hear."

Heder, who is a hearing filmmaker, brilliantly bridges that divide in making sure that both hearing and deaf communities can engage with the movie in equal measure by normalizing subtitles.

In another important move, she brings all audiences squarely into the perspective of a deaf family through the central narrative as well as muting audio in some parts of the film to sit the audience in her protagonists' shoes.

It's a thoughtful decision that's so simple it's almost embarrassing it's not more commonplace. But "CODA" isn't only terrific because it includes deaf audiences and focalizes deaf people while bolstered by impeccable sound editing. The movie is heartfelt with beautiful performances, including that of Marlee Matlin, the first and only deaf actress to ever win an Academy Award. She plays Jackie, the mother in a family of four where everyone is deaf except for her 17-year-old daughter, Ruby. Hence, Ruby is a CODA (a hearing child of deaf adults).

This title also means that Ruby is her family's interpreter in every situation, including each of their doctor visits and at their Gloucester, Massachusetts, fishing boat business, where conflicts over pay and equity often arise. Communicating on behalf of her family, like getting good grades in school, is her job and responsibility that begins at 3 a.m. 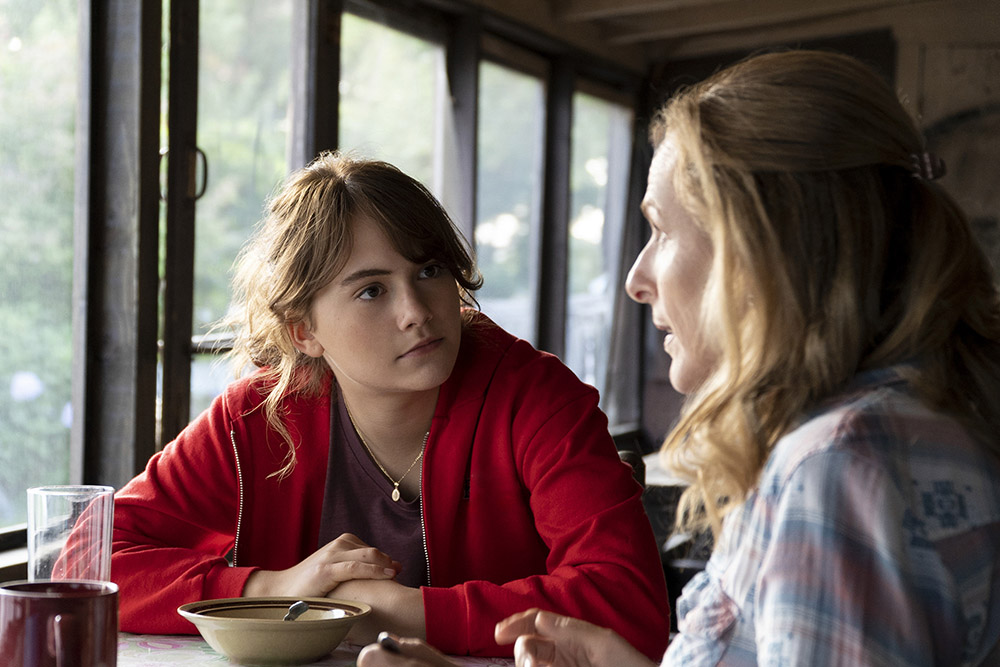 Though "CODA" mainly explores the experiences of this rather insulated family that feels unable or afraid to make allies in their close-knit, working-class, mostly hearing community, it astutely examines what it's like to live on both sides of the fence, so to speak, with Ruby's story.

Some of that is told through welcome lightheartedness and humor, like when the doctor tells her insatiable parents they have to restrict sex for two weeks and Ruby is understandably mortified to have to be the one to relay the message. Or when Ruby's dad, Frank (Troy Kotsur), rolls up to her school in a pickup truck blasting gangsta rap in front of all her classmates because he likes to feel the bass. After all, he and his wife, contrary to what society thinks, are the cool couple.

Heder also grounds her narrative with real-world concerns. As acutely as her parents' trepidations of the people around them, including those who tease Ruby at school and snicker behind their backs, Ruby contends with her own fears. She's scared of pursuing her dreams to sing, despite her undeniable talent, particularly because her family won't be able to appreciate it. ("If I was blind, would you like to paint?" her mother asks.)

But most profoundly and urgently, Ruby is worried about abandoning them for her own life — as well as being out in the world alone. So, she continues to take on more responsibility for her parents, particularly as they branch out into their own business, pushing her own aspirations to the margins. 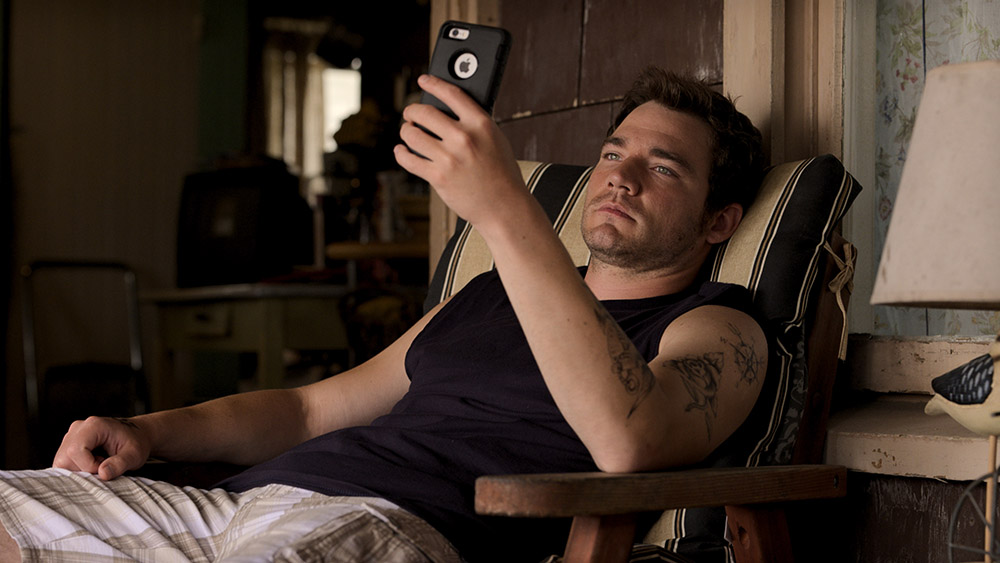 Daniel Durant as Leo in "CODA" (Courtesy of Apple TV+)

But taking all of this on means that her older brother feels, as she comes to realize, "left out." This sense of conflict is what causes their aforementioned exchange because Leo feels she shouldn't drop her life for theirs — particularly because he knows how to read lips. Yet her parents rely on her, so that they feel on equal footing with their hearing counterparts.

"CODA" is about obligation and fears: Ruby's, her parents', as well as Leo's. The lattermost, as the eldest child and a grown man, tries to assert his adulthood as well as his personal and professional abilities while acknowledging his disability not as a shortcoming but as a matter of fact.

Like he says to his sister, they're not helpless. It's the world around him, and society's own fears, that needs to change.

Despite all the odds against them, at the heart of "CODA" is a loving, committed family whose biggest source of distress is not being together. It's hard not to find this film tearfully — and at times, hilariously — moving.