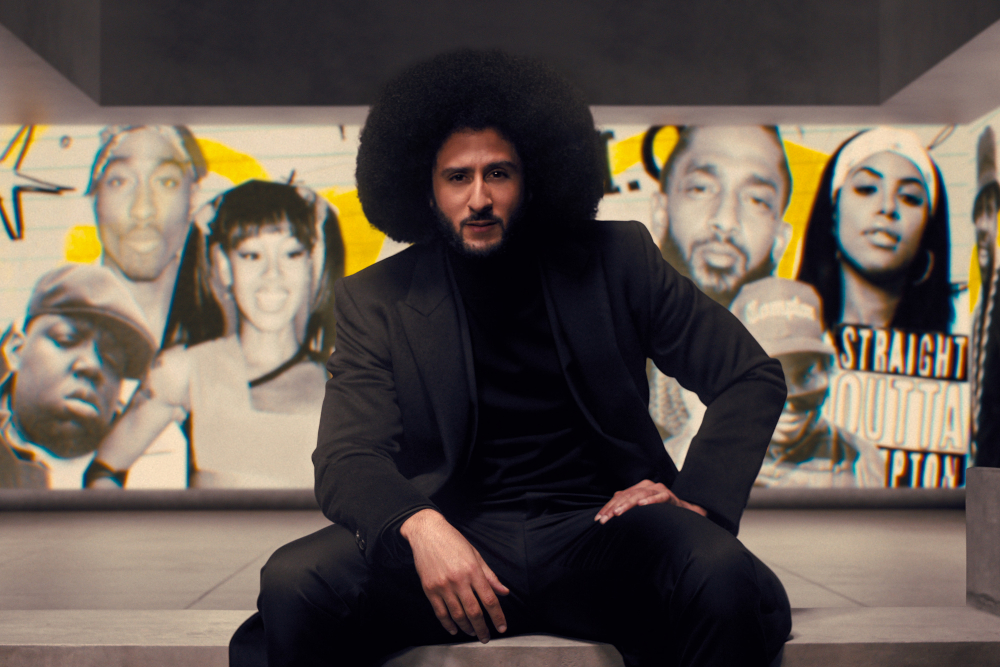 Colin Kaepernick in episode 101 of Netflix's "Colin in Black & White." (Courtesy of Netflix)

For football fans, quarterback Colin Kaepernick became a household name when he was selected during the 2011 second round of the NFL draft by the San Francisco 49ers, leading the team to a Super Bowl in 2012.

But it was when Kaepernick first sat and then knelt during the singing of the national anthem in 2016 preseason games that anyone with access to the internet, radio or television, came to recognize Kaepernick's name. His reason for kneeling during the singing of "The Star-Spangled Banner" was to protest racial injustice, police brutality and systematic oppression in the United States. Almost immediately, criticism and protests began against his actions and continued throughout the season, with most critics completely missing the point that the national anthem supported then and now his freedom of expression.

Kaepernick became a free agent in 2017 and remains unsigned.

In the new Netflix series "Colin in Black & White," Kaepernick puts images and sound together to tell his life story through his teen years until he receives a scholarship in 2006 to play football for the University of Nevada, Reno. Jaden Michael is captivating as the younger Kaepernick. Entwined with this hybrid semi-autobiography style (there are a variety of writers), Kaepernick uses his narrative to teach us about his life growing up as a biracial boy in America and the historical, cultural, familial and racial realities that shaped him.

Kaepernick was born in 1987 to a white mother in Milwaukee, Wisconsin. His Black father left by the time Colin was born. The young mother placed her son for adoption when he was five-weeks-old, and a white couple, Rick (Nick Offerman) and Teresa (Mary-Louise Parker) Kaepernick, became his parents.

The first episode may be shocking to some because it opens with Kaepernick comparing the NFL's selection of new players at tryouts to enslaved persons sold at markets under the American chattel slavery economy. He challenges viewers to understand that team scouts, owners and coaches want to make good investments by signing those with the best potential without much care for the players' humanity. Some may think that the players' salaries offset the idea of oppression or a flesh market, but few players make it into the pay stratosphere of those with long careers. The average length of an NFL career is three years. 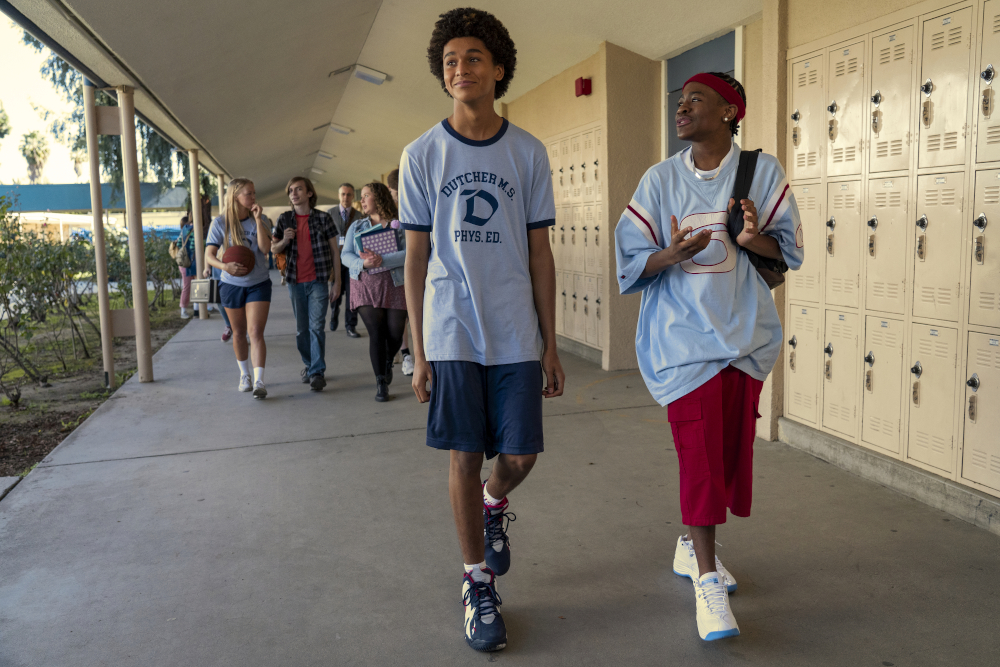 In "Colin in Black & White," Kaepernick is letting us into the dehumanizing process of a sport that so many fans enjoy but know little of what goes on behind the scenes.

As the episodes continue (there are six), Colin mostly likes basketball, enjoys baseball, but loves football. He encounters prejudice and experiences of white privilege over and over, such as coming under suspicion at a hotel on the way to games or being the only Black person in a group of kids. The mature Colin lets us into his world as he re-navigates his coming-of-age story. The incidents in the series don't seem overdone but just enough to convince us that racial bias is pervasive, even if unconscious and unintentional.

Both Offerman and Parker are very good in their roles as Colin's parents, loving at home and awkward in public, as when Teresa asks two Black co-workers for advice on where to have Colin's hair braided into the cornrows that must later be cut off. When Colin insists on knowing why the coaches want him to cut his hair, his mother tells him it's because he looks like a "thug." This stuns the young teen.

The real Kaepernick then steps into the scene to give us the history of the word "thug" and how it has been used politically in the last few years to characterize Black people as criminals when they are marching for their rights, contrasting them with "those people" like the women and men who stormed the Capitol on Jan. 6. 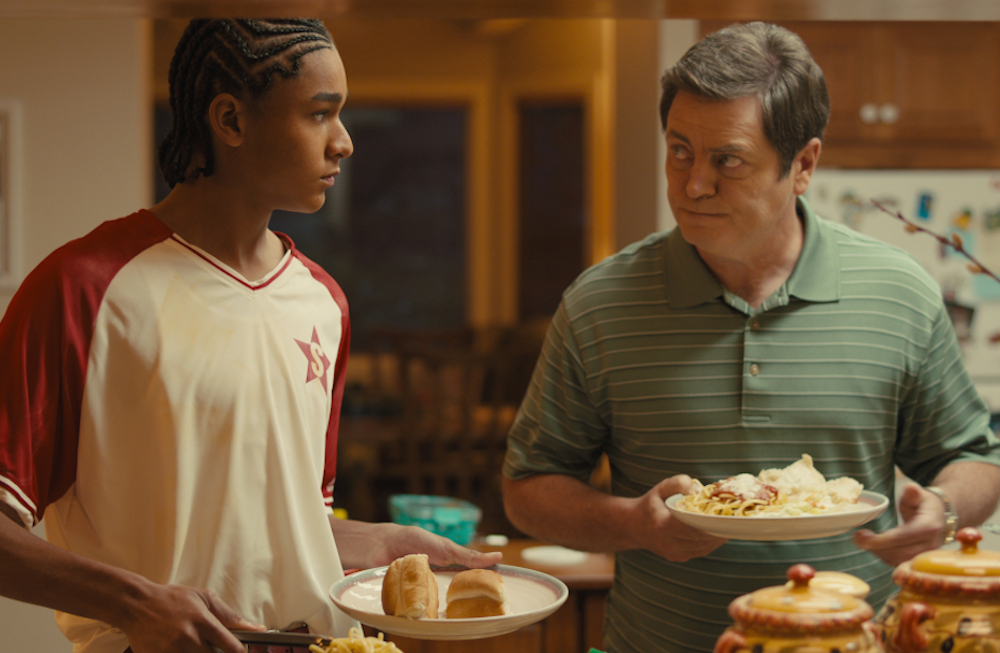 Jaden Michael as young Colin Kaepernick and Nick Offerman as Rick Kaepernick in episode 101 of Netflix's "Colin in Black & White." (Courtesy of Netflix)

When I saw Jordon Peele's 2017 psychological thriller/horror film "Get Out" about a Black man being drawn into modern gentile slavery by being kidnapped and then lobotomized, I thought I finally had an idea of what it was like to be Black in America.

Now, with Kaepernick's limited series on Netflix (Ava DuVernay directs the first episode and is an executive producer along with Kaepernick), we are artfully being drawn into the Black experience once again though without the explicit horror — it is implied. Kaepernick lets us see that it's the little things (as one white woman tells him in a hotel: "I can see you are one of the 'good ones' ") that made him realize that once he steps out of the relatively safe world Turlock, California, for good, it was not going to be easy.

There are many social justice themes to unpack in "Colin in Black & White." I was reminded of the contested history of enslaved peoples in the United States, for one, and how I, as a white person, can easily say racist things because I do not reflect enough before speaking. Certainly, humanity, fairness and equity in sports that is dominated by white ownership and management, is a theme that looms large over Kaepernick's story.

I hope that students, parents, schools, universities and the sports culture, that many agree is a pseudo religion in America, will want to talk about Kaepernick's story in view of personal and societal change for the better.