Communion ban misrepresents Biden — and most Democratic-voting Catholics — on abortion 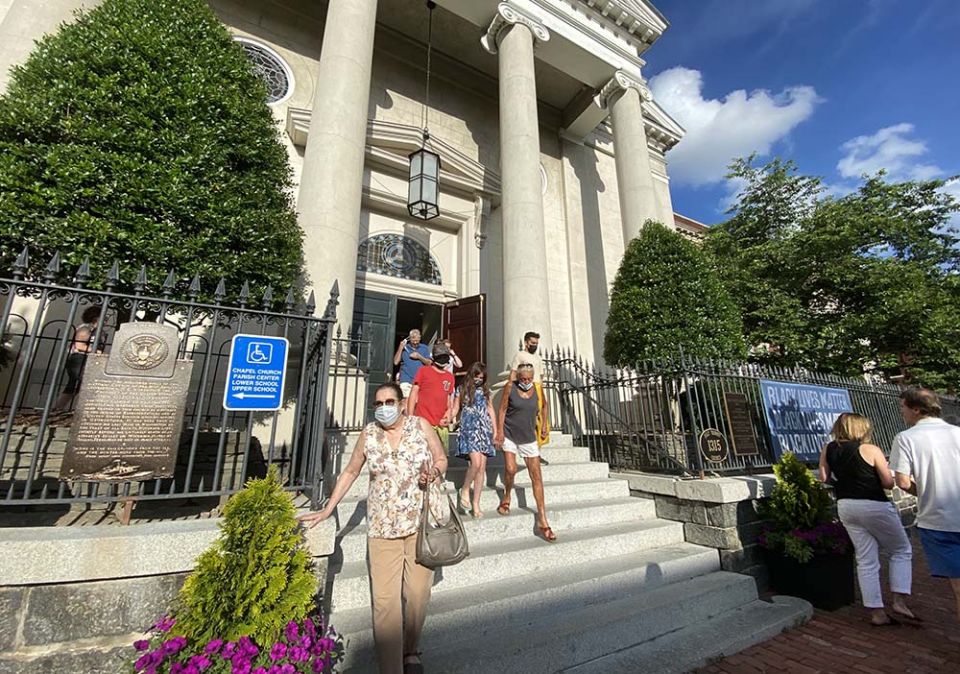 Should President Joe Biden and other prominent pro-choice Catholics be denied access to the sacraments? This is a question that has come up for decades among Catholics in the United States. And the debate has gained urgency in recent weeks, thanks to the efforts of a cadre of right-wing bishops who are pushing for just such a ban.

But this debate is not just about Biden, or House Speaker Nancy Pelosi. It's not just about Democratic political leaders who are both Catholic and pro-choice. For faithful Catholics who support progressive and Democratic policies as the best options for promoting the social teachings of the church and the Gospel of Jesus in the public square, this debate is about them, as well. The message they are getting is "You are not welcome at the table of the Lord."

It would not be the first time clergy or the hierarchy have barred political leaders from access to the sacraments, for diverse reasons — some fairly compelling, others less so.

Catholics who oppose this move by the bishops see it as a weaponization and politicization of the sacraments. This has provoked much earnest discourse on the praxis of sacramental theology. Memes have circulated of Pope Francis's words from Evangelii Gaudium, that the Eucharist is "not a prize for the perfect but a powerful medicine and nourishment for the weak."

Another meme asks: "What if someone unworthy receives the Eucharist?" The answer, of course, is: "That would be everybody." After all, as many have pointed out, Jesus gave Communion even to Judas. So who are we to decide who can or cannot approach the table?

While I appreciate these reminders of the universality of divine mercy, I am not sure I agree with my fellow progressive Catholics that the Eucharist should never be withheld from anyone. In answer to the question, posed to me recently, "Do you think public sinners should never be denied Communion?", my answer is "It depends."

I do believe there are cases in which withholding the sacraments from those who do evil can be a powerful act of resistance. If I heard that a priest had denied the Eucharist to a genocidal dictator, I would be inclined to approve this action, because it would be a witness on behalf of the suffering and the defenseless, a reminder that Christ stands with the victims and not with the oppressors.

But such an instance has little relevance for the case of Biden or Pelosi. It has little to do with the millions of Catholics in the United States whose conscience allows them to vote for pro-choice Democrats while simultaneously agreeing with the church's stance on abortion. It is a mistake to regard these Catholics as somehow on a par with purveyors of genocide, slaveowners, war criminals or others who deliberately and flagrantly violate fundamental moral teachings about life and dignity.

Right-wing Catholic media organizations would hold otherwise. This is why they consistently refer to Biden and other Democratic politicians and constituents as "pro-abortion." They have created an alternate reality in which Catholics who support Democratic policies, including pro-choice policies, are out there enthusiastically promoting abortion, pushing abortion, making abortions happen deliberately. In this alternate reality, being pro-choice is on a par with being a slaveowner or war criminal.

But this is simply not reality. Biden and most of the Catholics who voted for him are not pro-abortion. Very few persons in the United States, including secular feminists, are actually pro-abortion, in the sense of applauding abortion or thinking it's a great thing.

And as for Democratic-voting Catholics? They do not support abortion. The hierarchy and prominent media Catholics are wrong to characterize them this way. When religious media outlets state that Biden or others "support abortion," this is bad reporting. It is an insulting and mendacious misrepresentation.

Because the fundamental disagreement between progressive and right-wing Catholics is not on whether or not abortion is an evil and should be opposed or prevented. The disagreement is about how best to go about preventing it. There are compelling reasons why a person, whether a faithful layperson, a prominent cleric or a powerful politician, might be opposed to abortion, but also be deeply skeptical of movements to ban it or make it illegal.

We are all familiar with the mantra from liberal-leaning Catholics that "I'm opposed to abortion personally, but I can't force my beliefs on others." This argument works only to a point, however. And it is not the argument I intend to make, because I do believe there are many situations in which it is licit to force one's beliefs on others. Forcing people to stop keeping slaves would be one. Forcing people to stop abusing women would be another.

But some might ask: If you really believe unborn humans have fundamental dignity and value, and are entitled to protection, why wouldn't you want to force this view on others, just as you would if you were working to abolish slavery or end rape culture?

My answer? Because it just does not work. At least, it does not work if creating a culture of life with fewer abortions, and better protection of the unborn, is your goal. If your goal is to oppress and punish women, on the other hand, it works just fine.

Historically and globally, there is little evidence to suggest that simply banning abortion is an effective way of stopping abortions from happening. This is especially the case in a culture where less advantaged women have no access to health care, financial support, housing or escape from abuse.

And this is not the only case in which one can oppose something morally, and seek to prevent it, but be uneasy with the ramifications of banning it. Consider, for instance, the war on drugs. Many people who are opposed to drugs and want to end drug use and trafficking recognize that certain bans are the opposite of helpful.

Or take suicide. Most people who are active in suicide prevention would agree that treating suicide as illegal, and punishing those who attempt it, would be both cruel and counterproductive.

As matters stand in the United States today, the bishops who seek to deny Biden Communion are not bravely putting the sacraments of the Roman Catholic Church into the service of life and dignity. They are putting the sacraments into the service of the Republican Party and its policies. These policies have been remarkably ineffectual for nearly 50 years, yet apparently it is heresy for progressive Catholics to point this out, or to suggest a better, more life-affirming way of addressing the abortion problem.

The church has a role to play in public life and this might, theoretically, sometimes mean denying Communion to those who promote extreme evil. But this is not what these right-wing bishops are doing in this case.

If they and their fans succeed, they will have established a terrible precedent in which the church could continue to weaponize the sacraments, not on behalf of justice, truth and morality, but on behalf of a particular party's platform. And in so doing they may very well drive thousands of faithful Catholics from the church.