'Of Animals and Men': the true story behind 'The Zookeeper's Wife'

Of Animals and Men graphic.png 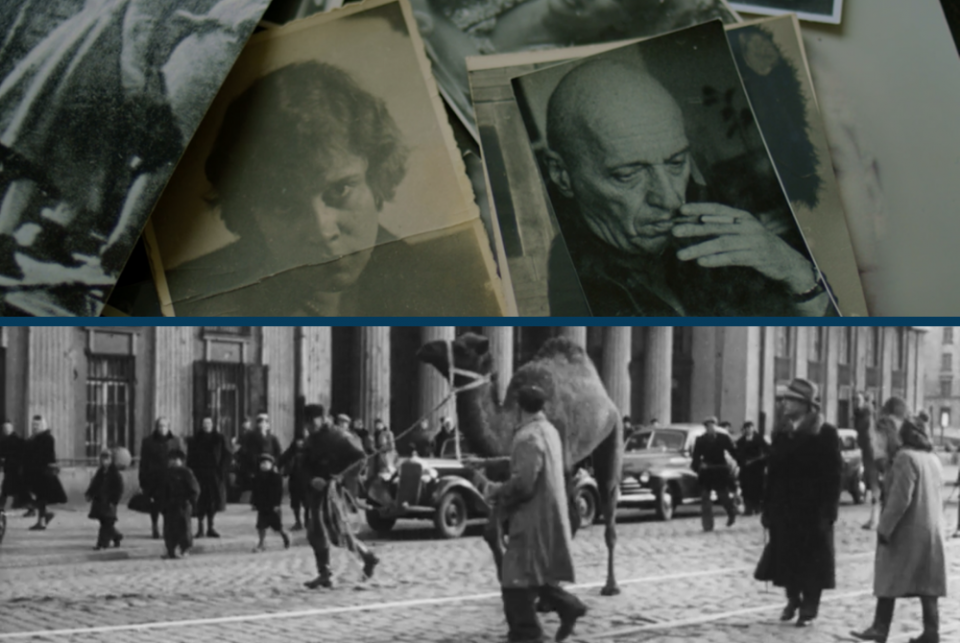 In 2017 the moviegoing world was introduced to the inspiring story of Antonina Zabinska and Jan Zabinski, her husband. Antonina and Jan, the Warzaw Zoo's director, saved about 300 Jews during World War II. "The Zookeeper's Wife" was a fictionalized feature film based on the 2007 nonfiction book by Diane Ackerman.

Now, for a one-night-only Fathom event on June 22, "Of Animals and Men," a new documentary, will be released at select theaters across the United States. As Polish director Lukasz Czajka tells us in the short documentary on the making of "Of Animals & Men" that is shown at the end, he read Antonia Zabinska's memoir and decided that a film telling her story and that of the Warsaw Zoo needed to be made. It was a timely decision, for by the time he began filming, only two survivors of those who found refuge with Antonia and Jan were still living. One of them, Moshe Tirosh, adds a chilling dimension of his experience as a 5-year-old child who said their job at the zoo was to be scared — morning and night — and to be quiet. (His younger sister, also living, was too young to remember and did not participate in the film.)

Teresa Zabinska-Zawadzki, who was born in 1944, offers commentary and insight into her parents' lives and motives for hiding Jews and others fleeing the Nazi death machine. She was able to see the film completed before dying earlier this year. Ryszard Zabinski features in much of the historical documentary footage as a youngster but died in 2019.

While there is new and interesting information in the film that was not included in "The Zookeeper's Wife," such as what happened to the zoo and Zabinski family under the communist regime following World War II, I was bothered by the filmmakers' decision to dub the film in English rather than use subtitles. Antonina is the main narrator, the script seemingly taken from her memoir, but other voices come and go without being identified. At times it is not possible to tell who is narrating and interviewees are only identified once. There is also one obscure sequence when a male narrator tells of the destruction of the Warsaw ghetto and the deportation of the Jews to death camps over scenes of animals at the zoo. I struggled to make sense of this small section of the film. Perhaps it was to remind us that the Nazis acted more like animals than the animals themselves, or that animals were more humane.

The historical footage, which Czajka obtained from the Polish Film Archive, contains scenes never seen before, such as the daily life of the Zabinskis and them sleeping with animals in their shared bedroom, or the arrival of exotic animals, some endangered, at the zoo. This presents another distraction for me: The footage is used at the beginning of the film as if it is pre-war and then some of it is included at the end when it becomes clear the scenes were from after the war when the zoo was rebuilt. Czajka said there is little footage of the zoo during the war, so he obtained an 8mm camera and recreated scenes but ultimately most were not used. The question becomes: What is recreated and what isn't?

The film is not the kind of documentary we have come to expect, and adjusting it for an English-speaking audience required some input, I think, from that audience in the planning stages for distribution.

There are scenes of parts of the zoo that remain intact or were found to be "in the spirit" of the original zoo. Czajka spends a little too much time on the cruel Nazi hunting party that took place in the zoo on Jan. 1, 1940. One soldier stabs a wild boar over and over and then watches it limp off to die. Then again, this could be an analogy for what the Nazis did to the Jews and others they found unacceptable.

Czajka calls his film a "creative documentary," and it is certainly that. I think he wanted us, as his audience, to be just as creative as he is in how we experience and understand the story. This works to some extent because we want to see the zoo and the animals and learn what happened to the family and the people they heroically hid for a day or for a month. So we go on what could be a ride of hope in a time of terror — if it weren't for the irritating, sing-song-y, often childish toned narration and the confusing timeline. Czajka is telling us, I think, that historical detail doesn't matter as much as what happened overall.

The Zabinskis were a Catholic family. Though this aspect does not figure in the film explicitly, they realized they were called to do something to help the Jews once the ghetto was constructed; their mission became more urgent once the ghetto was destroyed and the deportation of Jews began. That they happened to live in the middle of a zoo and operate it was a miracle of divine providence for those 300 people and their descendants.

Here is the trailer that shows what the film could have been like if released with subtitles rather than poor dubbing.

Of Animals and Men trailer

Trailer for "Of Animals and Men" (YouTube/Jewish International Film Festival)

Opinion | Creative documentary 'Of Animals and Men' gets lost in translation

'A Monster Calls' is a 'messily ever after' tale