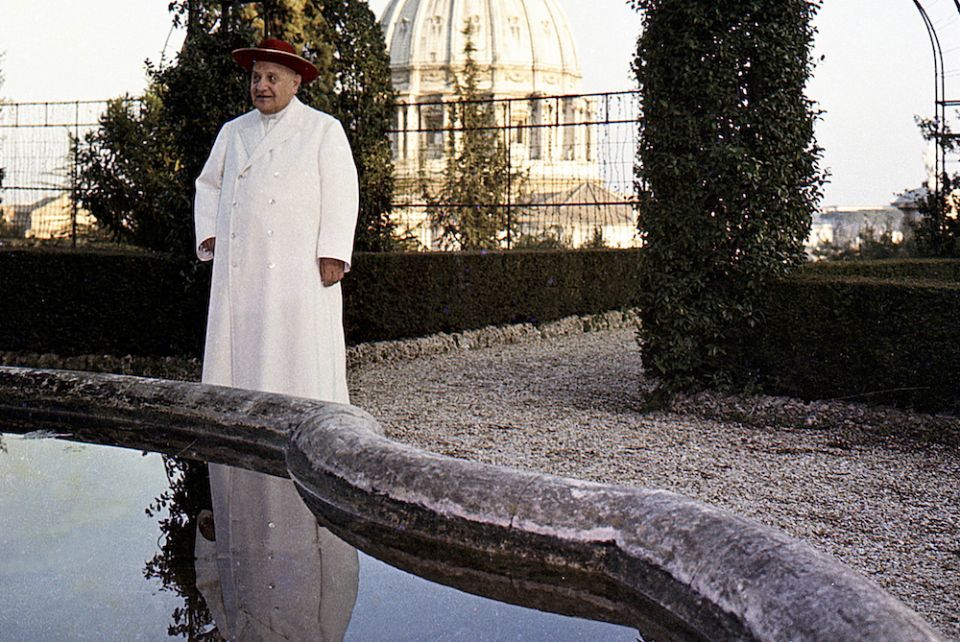 Some Catholics act as if we are still living in the long, dark shadow cast by the Second Vatican Council. Others think we are still living in the light cast by the four-year long ecumenical council that sat from 1962 through 1965. Most Catholics have only known the post-conciliar church and, regrettably, few Catholics have really taken the time to study the council or the documents it issued. It should not surprise that interpretations of the council vary and that those variances are sources of intra-ecclesial dispute.

Into the arena comes a new book that is hugely enlightening. Jesuit Fr. Jared Wicks' Investigating Vatican II: Its Theologians, Ecumenical Turn and Biblical Commitment adds hugely to our awareness of what actually transpired at the council, why its significance is so great – and so complicated – and why none should be surprised that we, as a church, are still in the process of receiving its teachings.

Wicks begins by looking at the what he calls the "Tridentine motivations" of Pope John XXIII in calling the council. Anyone who has read a good biography of Papa Roncalli will be familiar with much of this. As a young priest, Roncalli edited the records of St. Charles Borromeo's visitation of Roncalli's home diocese of Bergamo. Borromeo was "a colossus of pastoral sanctity," according to Roncalli, who demonstrated the degree to which Trent was not only a reforming council but a pastoral one as well. Then, as a diplomat, Roncalli worked in Bulgaria and Turkey where he encountered other religions, sparking his ecumenical and interreligious interests that became such a key theme of Vatican II. What I had not known until Wicks' book is that in the future pope's early years, the first time Roncalli invoked a theme that would characterize his Petrine ministry, that of "ecclesial youthfulness," he did so by borrowing from a lecture given by John Lancaster Spalding, the bishop of Peoria, Illinois.

Wicks moves on to consider the role of theologians at Vatican II, and the tale fascinates. Again, we know the general outlines, how the preparatory documents were largely written by the Vatican curia, who thought the job of the council was to confirm recent papal teachings and go home. Bishops outside of Rome, however, were not afraid to consult theologians who were more forward thinking because they were also more backward thinking. That is to say, they were unsatisfied with the neo-Scholastic syllogisms of the Roman school and had turned to the church fathers, and to the Scriptures themselves, to look for sources of renewal. This ressourcement theology was viewed with suspicion in Rome: French theologian Henri de Lubac, for example, had essentially been silenced in the years before Vatican II.

Silenced, too, was American theologian Jesuit Fr. John Courtney Murray, although he was not a ressourcement theologian. His crime in the eyes of the Holy Office was his attempt to legitimize the American constitutional framework of separation of church and state by questioning the then-regnant "thesis-hypothesis" framework that only tolerated separation, but preferred union of church and state when Catholics were in the majority.

Wicks takes a detailed look at the time between John XXIII's 1959 announcement of the council and its official opening three years later. French Dominican Yves Congar published a survey of the role of councils in the life of the church within a month of the announcement, and he included some of his hopes for the coming one. Congar, arguably the leading ecclesiologist of the day, would have a profound impact on the council from start to finish and, lucky for us, he kept a diary, one of the sources Wicks explores to such advantage. Karl Rahner would be called upon to help the preparatory commission working on the liturgy, specifically on the issue of restoring the diaconate. It was a thin assignment at this early stage, but it was also a foot in the door. De Lubac and Congar would both be consultors to theological commission, although its head, Cardinal Alfredo Ottaviani, also the secretary of the Holy Office, was not seeking any innovation, not then, not ever. His cardinalatial motto summed up his theological outlook: Semper idem.

Another German theologian at Bonn gave a widely noticed lecture on theme of "the council as expressing the collegial nature of the church's pastoral leadership on the model of the twelve apostles." The 19th-century First Vatican Council had ended abruptly, issuing the decrees on papal primacy and infallibility, but never addressing the episcopate: There was a need to balance this ultramontane ecclesiology. That theologian would become the peritus, or principal theological adviser, to Cardinal Joseph Frings of Cologne, one of the most important council fathers. The theologian's name was Joseph Ratzinger.

Bishops around the world were asked to send in their thoughts about the topics the council should address, and that invitation was also extended to theology faculties. Some of these latter, like the submission from the Lateran University, wanted the council to condemn some of the theologians who would actually play a pivotal role in drafting the conciliar texts! The theology faculty of Louvain was more profound in its approach and, just as important, it had a powerful patron in Cardinal Leon Joseph Suenens of Malines-Brussels. The faculty at the Pontifical Biblical Institute also made consequential contributions, including the proposal to condemn all forms of anti-Semitism. Two cardinals were alumni of the institute, Bernard Alfrink of Utrecht and Albert Meyer of Chicago, and another, Jesuit Fr. Augustine Bea, had long been on the faculty.

Bea's role as head of the newly formed Secretariat for Promoting Christian Unity gave him a seat at the table throughout much of the preparatory period, and he may have been the most influential cardinal on the shifting, eventual direction of the council away from the curia's crimped theological and pastoral vision toward both a more robust embrace of theological sources and a more engaged, even optimistic, opening to the modern world. Wicks' book is the first I know of in English to profit from Mauro Velati's publication of the minutes of meetings and other texts from the early years of the secretariat from late 1960 through early 1962.

Wicks continues the narrative, describing the work of theologians once the council finally opened on October 11, 1962. No one knew exactly what was going to happen, whether the curial forces would have their way or whether a majority of council fathers would coalesce to push the boundaries. I will let the reader be sure to buy this book to follow the details that fill in the picture we all knew broadly. 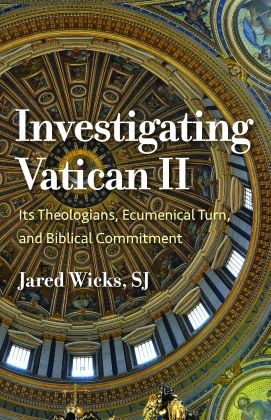 But I will note two things up front. This chapter on the work of theologians at Vatican II is especially pertinent today because Pope Francis had made the Synods of Bishops a more regular and more significant part of his exercise of the Petrine ministry. And, yet, no one has figured out, so far as I know, how to involve theological experts in the synod's work. I know one attendee who brought a theological adviser with him, but that was the exception to prove the rule. Nor is it clear how the dicastery that prepares the synods chooses theologians for collaboration. At a time when the theological community is often divided (and like our Western politics, centrifugal forces seem to be more powerful than centripetal ones), the choice of theological experts would be a challenge, but it seems to be one of the glaring deficiencies of the revamped synods so far.

The second point to be made before moving on to subsequent chapters is this: Wicks writes of the theologians' work as the council began: "It was no time for the theologians to offer brilliant personal insights, but instead texts with potential to find wide acceptance among the council members because of what they could contribute to renewing Catholic doctrine, catechesis and preaching." My marginal note reads: "When is it NOT such a time?" And with that, I will pick up the rest of this review on Monday.

Pope says Paul VI will be declared a saint this year