A divided Supreme Court needs to step up, be the grown-up in our republic 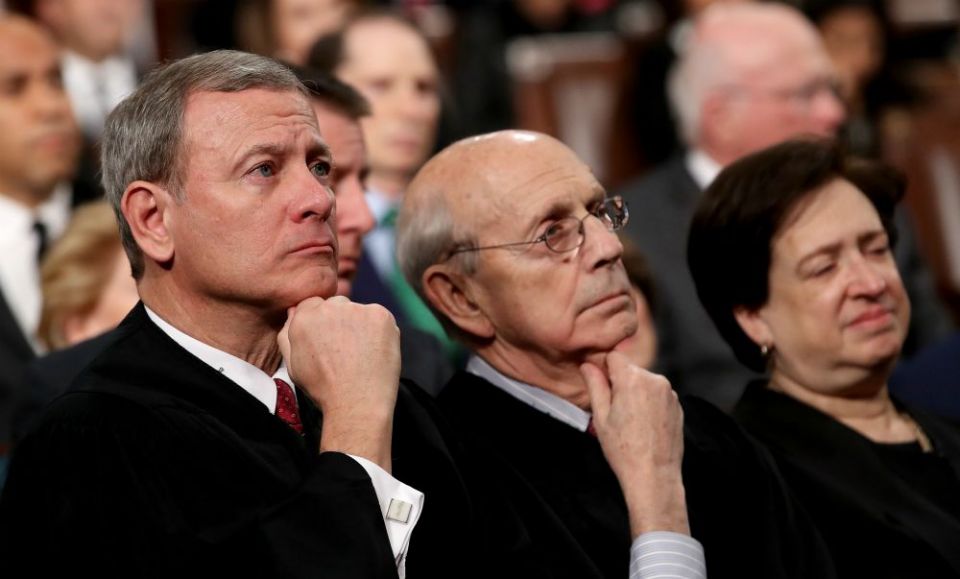 A news report from Lawrence Hurley at Reuters caught my attention this week. It began: "Members of the U.S. Supreme Court appeared to be struggling over how to resolve a key case recently when Justice Stephen Breyer suggested that the best course might be to put off a decision altogether." The case involves a challenge to excessively partisan redistricting.

The article noted that the justices have issued few rulings this year, an indication that fewer of their rulings will be unanimous as those usually get issued more quickly than rulings that are closely divided. The article also speculated that the new justice on the court, Justice Neil Gorsuch, may be slowing things down by questioning his new colleagues, or maybe just learning the ropes.

I am not sure why Hurley did not cite the actual quote from Justice Breyer. Here it is:

What would you think of taking the three cases and setting them for reargument on the question of standing and there we'd have all three variations in front of us and we would enable people who have an interest in this subject generally to file briefs, and we'd see them all together and they could attack each other's standards or they could support each other's standards or they could attack any standard?

Nor am I sure why that remark, which seems pretty innocuous, struck Hurley so strongly, but the article is nonetheless important because if the Supreme Court is really so at odds with itself that their work is being slowed down, the country is in for a bad time.

The Supreme Court holds a unique place in our nation's constitutional fabric. If you read the text of the Constitution, it is clear that the court was not expected to be really co-equal. Article III, Section 2 specifically confers on Congress the ability to preemptively deny the court the power to review its own decisions, the famous "jurisdiction-stripping" clause. And, when Chief Justice John Marshall first asserted the court's right to declare a law unconstitutional and thus invalidate it in Marbury v. Madison, the justices had to hope their decision would be honored. They could not call in the National Guard to enforce it.

We are told that President Donald Trump has acquired an admiration for his predecessor Andrew Jackson, an acquisition to which Steve Bannon made a significant contribution. (I am taking odds Trump never read a biography of Jackson.) Let's hope no one has told Mr. Trump about Jackson's response to Marshall's decision in the case Worcester v. Georgia. In that case, the Supreme Court held that a Georgia law regulating the interactions of white people with the Cherokee Nation was unconstitutional. Jackson, later famous for the Trail of Tears, had supported Georgia's position, and when the Supreme Court ruled against Georgia, Jackson reportedly said, "John Marshall has made his decision; now let him enforce it." In the event, the decision was ignored and soon bypassed by history: The native peoples were removed from Georgia soil under federal law, and the state legislature rescinded the offending statute.

Jackson's dismissal of a decision by the Supreme Court, thankfully, was not a precedent followed by Richard Nixon. When the U.S. Supreme Court ordered Nixon to turn over tapes incriminating him in the cover-up of the Watergate burglary, he did not contest the decision and, instead, resigned from office. Nixon had resisted congressional efforts to obtain the tapes, citing executive privilege, but he knew he could not resist the Supreme Court.

I do not believe the Supreme Court is believed to be "above politics" as it was in Nixon's day. Cases like Citizens United and, in its different way, National Federation of Independent Business v. Sebelius both showed a court acutely aware of the politics of the issues in play. And, of course, rightly or wrongly, Bush v. Gore robbed the court of the perception that it was above partisanship.

There is something to the conservative criticism that while people thought the court was above politics, in fact the court has always been made up of politicians who happen to wear robes. In his wonderful, and wonderfully quirky, book, Bulwark of the Republic, Burton Hendrick writes:

New characterizations now applied to the courts and their "master minds" are in themselves suggestive of new ideals. Especially significant are such adjectives as "liberal" and "conservative." In a sense such terms are offensive. They apparently negative the very idea of justice. The evenly balanced scale of that deity knows not "liberal" or "conservative." These words imply a predisposition on the part of courts towards the legal problems they are expected to solve. They suggest a prejudice to begin with. Whatever doubts such designations may inspire, however, the fact is that they do describe an existing fact. Nothing is more certain than that particular Supreme Courts, in the last three quarters of a century, have been liberal and others conservative, and that the words may be accurately used to describe particular luminaries of the bench.

Hendrick published that book in 1937.

I do not think, however, the deference and finality accorded to decisions of the court are entirely ruined by the realization that the justices are political animals anymore than they were ruined by the realization the court is not always right. What distinguishes their role in our constitutional system is that they are not accountable to the people. They may have interests and prejudices, but they can act in a disinterested manner in a way that no other constitutional officer can. And, so, while there is a wide variety of opinions among the justices about what does, and does not, cohere with the Constitution, they are, as a group, empowered to resist popular opinion as much as necessary to defend a constitutional principle and, relatedly, a political norm without which the Constitution cannot function.

That was the issue before them last month: Do some gerrymandering schemes so offend common sense that they must be deemed an unconstitutional attempt to subvert democracy by rigging the electorate? It is a curious thing that the founders, who did not believe in disinterestedness, specifically granted political decision to the political branches. It may seem bizarre that a steroidal partisan like Kris Kobach should be entrusted with running elections in the great state of Kansas, but that is how the founders arranged it.

The justices may soon face constitutional issues of even greater import than redistricting cases. It is vital that they be able to attain unanimity, or something very close to it, just as the Burger court did in United States v. Nixon in 1974. Now, as then, the nation's chief magistrate is less concerned with upholding the law than he is with protecting his own assets. And, in 1974, there were more Republican leaders in Congress willing to put the country before their loyalty to a president of their own party than we find today. So, it is even more important that the high court be prepared to step into the breaches this reckless White House is willing to create in our constitutional fabric.

The president won the 2016 election, and the members of Congress also won their seats at the ballot box. In a democracy, there is no legitimacy as unassailable as democratic legitimacy. But, in this vale of tears, no human construction is infallible. The fact that the Supreme Court, unelected and serving for life, can and does serve as a check on the democratically enshrined powers of the other branches is not a flaw in our democracy, it is a recognition of the flawed nature of us humans who make up the demos. It is a safety valve, and a safety value the republic may soon need. Let the justices be mindful of their responsibility before history.

Column | A divided Supreme Court needs to step up, be the grown-up in our republic