God with us: In Catholic faith, the Incarnation is not an abstraction 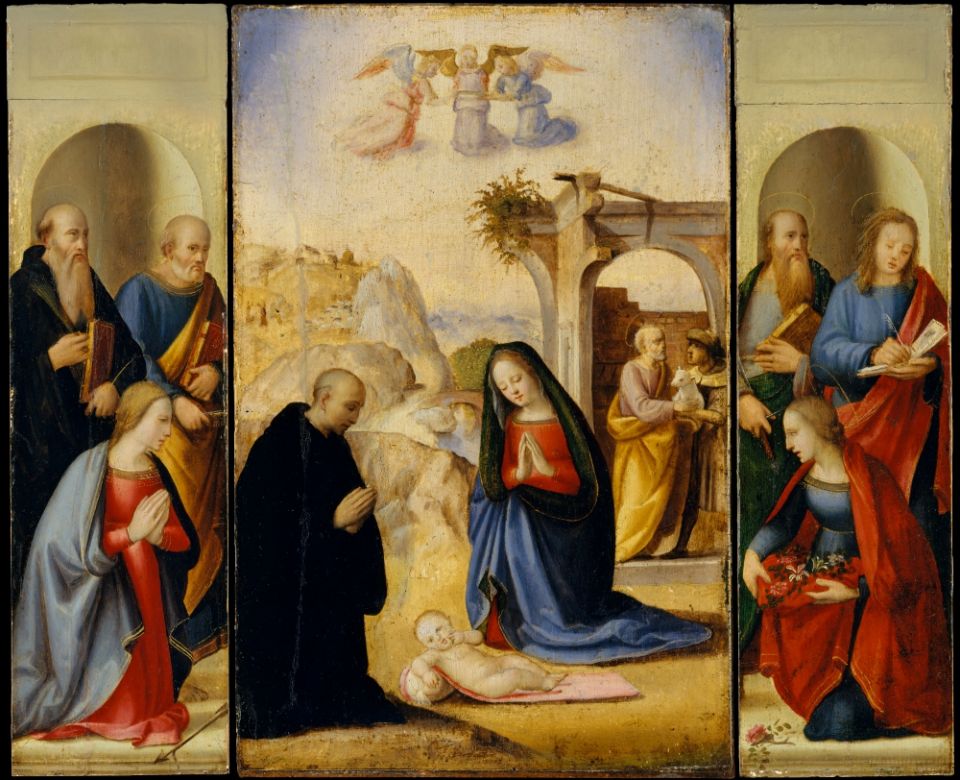 Of the great soteriological facts of the Christian faith — Creation, the Fall, the Incarnation, the Passion, Death and Resurrection, and the Eschaton — it is the Incarnation that is the most Catholic. Christmas is the day when we concentrate our celebration of the Incarnation. The Incarnation is also, I submit, the revealed event that Pope Francis most carries forward in his ministry.

What does this mean? Perhaps we can approach the issue sideways, as it were. Among the great heresies, Pelagianism most denies the Fall, thinking that we humans can earn our way to heaven, that we do not need a savior. You might say that modern, industrial capitalism is a material heresy, though not a formal one, insofar as it denies the goodness of Creation. Gnosticism assaults both our belief in the goodness of Creation and in the Incarnation.

Our brothers and sisters in the great Reformation churches also tended to undervalue the effects of the Incarnation compared to us Catholics. The reasons the Calvinists who founded New England banned the celebration of Christmas are several and varied, but those reasons were only decisive because they did not have to overcome our Catholic confidence in the Incarnation and its effects. For them, it was the distance between the divine and the human that counted.

God with us. Catholics, from the most educated to the most simple, we all love the Incarnation and we also live it. We all appreciate the tactile nature of our celebrations, the beauty of our churches that greets our eyes, the wonderful hymns that fill our ears, the smell of the incense and the chance to give voice with the saints of old as we sing, "Hosanna in the highest" and "Lamb of God, have mercy on us."

We venerate the places where Jesus and his closest followers, the saints, walked the earth. We kneel before relics because we believe God's love takes on flesh. We know that however much we sin, however dumb our decisions, however lazy or indisciplined our wills, we know that God is with us, Emmanuel. When we say "the Incarnation," it sounds like an abstraction but in the life of the church, we show in countless ways that it is not an abstraction, that the Incarnation is part of our lived reality of faith. 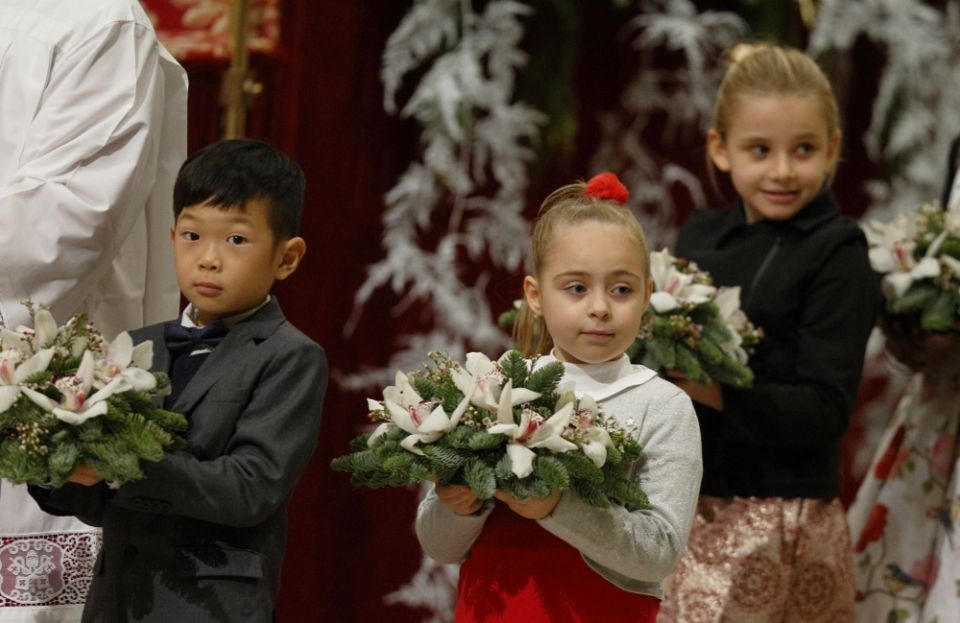 Children carry flowers to place at a figurine of the baby Jesus as Pope Francis celebrates Christmas Eve Mass in St. Peter's Basilica at the Vatican Dec. 24, 2017. (CNS/Paul Haring)

We Catholics believe that human nature is changed and uplifted precisely because our God chose to don it. Human nature, you might say, was the first "gay apparel" of Yuletide. If the Passion, Death and Resurrection of the Lord relativizes our humanity to his divinity, Christmas celebrates the relativization of his divinity to our humanity. It is because of this twin relativization that Jesus was able to overturn manmade precepts with such determination, to cut away the cultural encrustations and get to the kernel within, to proclaim a new day of favor, the fulfillment of the vision of the prophet Baruch we heard on the second Sunday of Advent this year, when "God is leading Israel in joy / by the light of his glory, / with his justice and mercy for company."

We look around the world and we see that Jesus' birth, his ministry and teaching, his passion, death and resurrection, they have not yet brought "peace on earth to men of goodwill," as the angels announced and as we sing in the Gloria. Justice and mercy are not in company in our world and, indeed, we have trouble perceiving how they can be reconciled at times. The church, the new Israel, is not very joyful these days.

Yet, Pope Francis still radiates joy and specifically Christmas joy. Think of the stresses that poor man faces. We all discuss what should be done about the clergy sex abuse crisis, but he bears the responsibility of deciding what to do, and he actually has to change the culture that made the crisis possible. We all worry about the destiny of the planet but he actually took the initiative to do what he could to focus the attention of the world on the environmental catastrophe that is unfolding all around us, and to lay bare the deepest root of the problem, the spiritual root. We complain about bad preaching and the role of the laity and bishops who are lackluster or worse and a million other issues, but it is the pope who is charged with overseeing the whole. Yet, he seems so joyful.

Before the editors of hymnals started replacing exquisite and poetic language with modern, banal verbiage, every Christmas Eve we would sing, "Lo, he abhors not the Virgin's womb." (If you want to see how Christmas Eve Mass should begin, here is how they sing "Adeste Fidelis" at Westminster Abbey.)

This is what we celebrate at Christmas: That the Savior of the world took on real, human flesh and is still taking it on, whenever we allow ourselves to be an instrument of his word and will as Mary was. A Blessed Christmas to all.

Column | God with us: In Catholic faith, the Incarnation is not an abstraction

Relics mean something, but they don't mean everything