Janus decision was a blow, but workers point the way forward 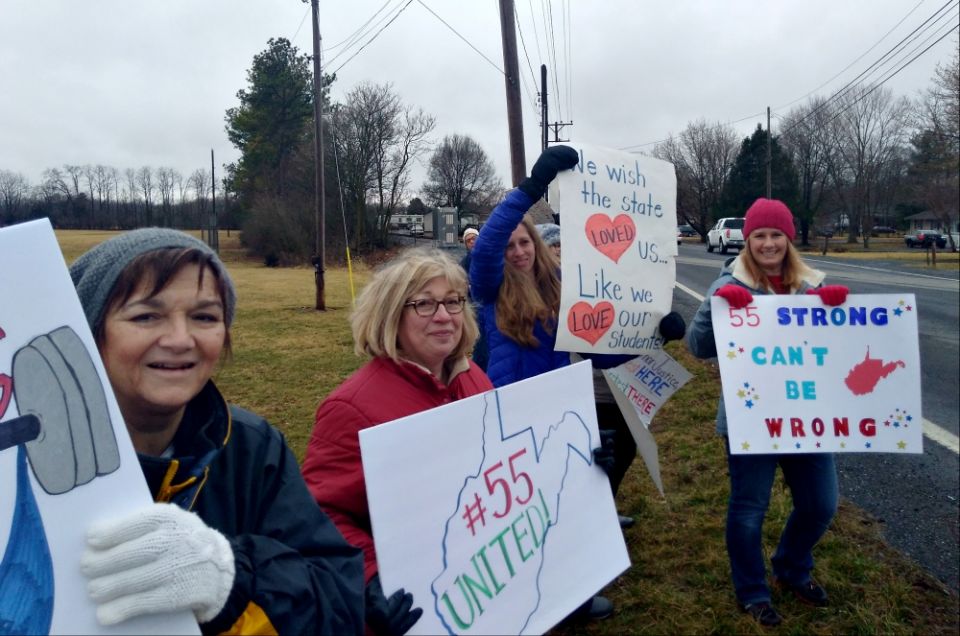 The U.S. Supreme Court dealt workers of this country a severe blow today*, ruling against the right of the American Federation of State, County and Municipal Employees (AFSCME) to be able to collect user fees from workers who choose not to join the union. The case, Janus v. AFSCME, Council 31, was decided on a 5-4 vote. In effect, the badly named "right-to-work" laws have been made universal within the United States, and libertarianism has struck a blow against solidarity in this country.

Freeloaders and libertarians are thrilled. Mark Janus, the plaintiff, joined a union shop. He did not have to join the union. He did not have to pay union dues. He only had to pay a fee that covered his share of the cost of negotiating a contract, from which he benefits, and enforcing that contract. So, he decided to blow up the whole thing. The essence of libertarianism: My economic self-interest trumps the rights of the group to decide that in their common interest, they should work together.

If you thought conservative jurists were supposed to avoid judicial activism and respect precedent, think again. Right-to-work laws have been enacted in more than half of the states of the union. There is a legislative remedy for those whose hatred of unions, be that hatred political or ideological, incline them to seek such laws. But the "conservative majority" of the justices decided it was in their power to make such laws nationwide.

In the face of a dreadful defeat, it is tempting to paint the curse as a "blessing in disguise" and today the disguise seems exceedingly effective. But the blessing can be discerned.

Some public sector unions, in recent decades, have focused much of their attention on political support for candidates for state office who would support their collective bargaining rights. Consequently, they neglected the basic work of a union: to organize.

In Wisconsin, after the Republican Party took control of the state legislature and governorship in 2010 and passed a right-to-work law, union membership declined by 40 percent, but the percentage varied among unions. AFSCME lost half its workers, while only 10 percent of the members of the United Auto Workers decided to leave the union. Rick Badger, head of AFSCME in the state, pledged his union "is getting back to organizing basics" after the losses. They should never have abandoned those basics in the first place.

Last year, labor membership in Wisconsin ticked up by .02 percent, which is not earth-shattering, but shows the decline can be reversed.

This February, teachers in West Virginia went on strike, demanding not only better pay for themselves, but more funding for programs their students need. Soon, teachers in Oklahoma, Kentucky and Arizona followed suit. These were grassroots efforts, with union leadership following the lead of local groups, not the other way round. In Oklahoma, Cindy Gaete, the only Latina teacher in a school with one-third Latino students, led a march to the state capitol. She is now running for the legislature herself. Jay O'Neal, who led the effort in West Virginia, started his organizing on Facebook and only got official union support later.

President Donald Trump won all four states. All four states are right-to-work states. This counter-trend of workers organizing themselves is a wake-up call to the Koch-funded efforts to kill unions: The desire to organize is not going to disappear just because the libertarians want it to.

It is noteworthy, too, that in all four instances, the teachers made the common good of their communities, and not only their own wages, a centerpiece of their protests. In a selfish age and in a selfish culture, the altruism of these protests shone like a beacon of hope. Let the light from that beacon spread from shore to shore.

I do not think there is a reputable economist who can, with a straight face, deny the correlation between the decline in union membership and the stagnation in wages since 1980. The Bureau of Labor Statistics began tracking the percentage of workers who belong to unions in 1983. Then, 20.1 percent of the workforce was organized. Last year, that number had been cut in half, with only 10.7 percent of the workforce belonging to unions.

Income inequality is not solely attributable to this phenomenon: The commencement of obscene salaries for CEOs was another bastard child of the Reagan years. But if, as Pope Francis says, inequality is the root of social evil, you should want more people to belong to unions, not fewer.

In February, at the time of oral arguments in the case, and in the wake of the U.S. Conference of Catholic Bishops' friend of the court brief supporting the unions, I wrote:

It is a core tenet of Catholic social doctrine that a healthy society requires vibrant intermediate social organizations. We do not believe that the individual is the basic societal unit, but the family. And we believe that unions and churches and guilds and voluntary associations of every stripe all help build up a robust civil society in which people feel connected, solidarity is fostered, and potential tyrants would hit a bump. Subsidiarity is the way Catholic thought shapes solidarity, with a preference for solutions at the lowest level of society possible, but the highest level necessary, all the while remembering that the Latin root for the word subsidiarity is subsidium, help.

My concern for the future of unions is rooted in my faith, but you do not need the eyes of faith to recognize the deficit in social solidarity from which this country suffers. Unions are a vehicle for solidarity and stand athwart the libertarian idyll championed by the Koch brothers and their ilk.

Solidarity lost a battle today* and I do not underestimate the severity of the loss. But it was not, it cannot be, a fatal blow. Unions arose in the first place because workers recognized the need to come together and balance the power of management, and that need will not disappear just because Justice Samuel Alito thinks it can be addressed by the invisible hand of the unfettered market. He and his fellow justices in the majority are wrong on the facts and wrong on the law, indeed the decision is a measure of the degree to which ideological corruption has afflicted the legal profession.

But we live to fight another day. Those teachers in the four red states point the way forward. Francis and the teaching of every pope since Leo XIII provide the sound teaching in favor of the right to organize. The cultural heritage of our increasingly Latino population is rocky soil for the seed of libertarianism. And, in those fights that lie ahead, the Catholic Church will be standing arm-in-arm as she always has with the working men and women of this country and with the unions they form.

*Due to an editing error, this article has been changed to correct the day of the decision.

Column | Janus decision was a blow, but workers point the way forward

Would Brett Kavanaugh stand up for the rule of law or for Trump?