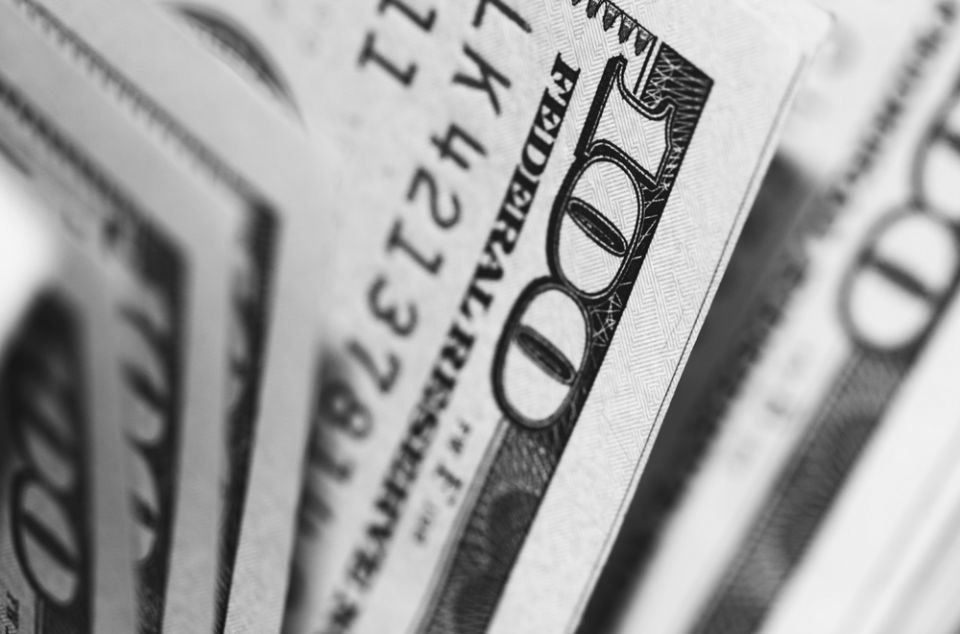 Two news stories last week gave ample justification for my repeated warnings this summer to be careful about viewing an increased role for the laity as some kind of panacea for what ails the church. Both stories indicated that there is a kind of clericalism unique to the laity that has emerged and which bodes ill and heretical. And, most worryingly, both stories demonstrated the ugly power of money that lay leadership entails, raising the question, unique to the American Church: Can the Catholic Church be bought?

The first story was Tom Roberts' account of a meeting at the Catholic University of America to launch the "Better Church Governance Group." The means for accomplishing improved ecclesial governance was to form a kind of posse of ex-FBI agents, academics and conservative activists to probe into the lives of all cardinal electors, compiling dossiers "in the manner of political opposition research." That characterization was frightening enough, but as you read the rest of their literature, (some of their protestations and walk backs notwithstanding,) it seemed that Roy Cohn was their model: This is reform with an ideological agenda. How else to explain the warm citation to Archbishop Carlo Maria Viganò's "testimony," which has been demonstrated to be filled with mistakes and unsubstantiated rumors, or the derogatory references to Vatican Secretary of State Cardinal Pietro Parolin, to whom no whiff of scandal has attached itself.

Most of the organizers of the effort were unknown to me but Jay Richards was listed as a "research editor." Mr. Richards is a professor at the Tim & Steph Busch School of Business at CUA and also hosts a weekly TV show on EWTN in which he spouts capitalist agitprop. I debated Richards at the Cato Institute in advance of Pope Francis's visit to the United States. He pretends to be an aficionado of Catholic social teaching but, in fact, he and the school at which he teaches are committed to undermining that teaching. After this, why is he still on the staff? The Catholic University of America makes much of its mission and the fact that it holds a pontifical charter. But, apparently, if your ecclesiology and your politics are conservative enough, the fact you are talking breezily about influencing a conclave is no big deal. Richards should be sacked.

According to a news account at Crux, a spokesperson at CUA said, "A space on campus was reserved by a student in accordance with our space reservation procedures. The event was not sponsored by The Catholic University of America nor a university-sponsored organization." Karna Lozoya, the Executive Director for University Communications confirmed that to me by phone but that misses the point. Whether or not the event was sponsored by a university-sponsored organization is immaterial. The policy for reserving space opens with these words: “University staff, faculty and students representing University offices, departments and registered student organizations for University-related activities in accordance with the mission of the University and the requirements set forth in this policy.” Once the CUA officials signed off on this event, they owned it as “in accordance with the mission of the University.” I know Provost Andrew Abela was a bit big for his britches, thinking he can re-make Catholic social doctrine, but influencing the next conclave? Wow.

We will see what comes of this effort. The organizers said they had already recruited some 40 researchers, and I know of one former FBI official who was contacted about working on the project. Conversely, surely someone knows, or should know, about the sad history of the jus exclusivae, the right of Catholic monarchs in France, Spain and Austria, to veto papal candidates. It was last exercised in 1903 against the candidacy of Cardinal Mariano Rampolla, after which outside attempts to influence a conclave were prohibited by canon law.

The other, related article was Heidi Schlumpf's report on the "Authentic Reform" conference sponsored by Tim Busch's Napa Institute with, as she indicates, a large role by the Denver-based and horribly misnamed Augustine Institute. Just like the poorly named Cardinal Newman Society, the Denver shop exhibits none of the intellectual reach of its namesake. They may be geniuses when compared to Busch, but that is a pretty low bar.

How low? Just read the opening comments he made:

"We're not going to forget about it [sexual misconduct by the clergy]," he said. "We're going to bring them to justice, move them out and restore our church to holiness."

"It needs to stop. And, we, the laity, are going to stop it. And we're going to do it regardless of what the civil and canon law says," Busch said

"If we don't tolerate this in our own businesses, we can't tolerate it in our church," Busch said, adding that he will have respect for priests and bishops "to the extent they are compliant with normal business acumen and behavior."

Busch is so full of himself, the successful businessman, lecturing churchmen that they need to be more like him, and that somehow the church should be run like a business, even though, obviously, it is not a business. He sounds like a 60-something male version of Veruca Salt, the snotty girl in "Charlie and the Chocolate Factory" who demands everything "now" and badgers her poor father endlessly until she gets it. Perhaps Busch will come to a similar end.

The rest of the event sounds like it was mostly gay-bashing. Just like the Jansenists before them, today's Puritans in the U.S. are not only obsessed with sex, but they seem to view sexual diversity as a kind of disease, something they could catch in an epidemic. And, like the Jansenists, they demand purity at all costs, which leads them to this perverse clericalism. If a priest falls from his vows, it is a serious thing, just as when a husband or wife violates their vows. But, this crowd is insisting that a priest who sins against his vows must leave the priesthood. This is the clericalism of the laity, the expectation that the clergy be super-holy on the people's behalf. This is an ancient view of priesthood but it is not exactly the Catholic view. Closer to the Donatists, the fourth-century schismatics against whom the doctrine of ex opera operato was devised: It is God who is active in the sacramental life of the church.

That is worrisome enough because Jansenism and Donatism were and are heresies. They try to trap God in their narrow theological constructs, but God is omnipotent and free.

Just as worrisome is the fact that today's conservative groups can throw money whenever and wherever they wish. More progressive Catholics can't match them. And, even if there were wealthy progressive Catholics who adopted the imperious tone of Mr. Busch, I would resist it. Money exercises too much influence on our politics, and it already influences our ecclesial life more than it should. But, while no one disputes the need for the expertise of laypeople to conduct oversight, I think it is beyond doubt that if the church in the United States succumbs to these naive appeals for lay-led reforms, the Veruca Salts of the Catholic Right — Busch, Carl Anderson, Sean Fieler, and other plutocrats — will be in charge. They will lead us into schism and heresy.

I will take my chances with Pope Francis and the bishops, thank you very much.