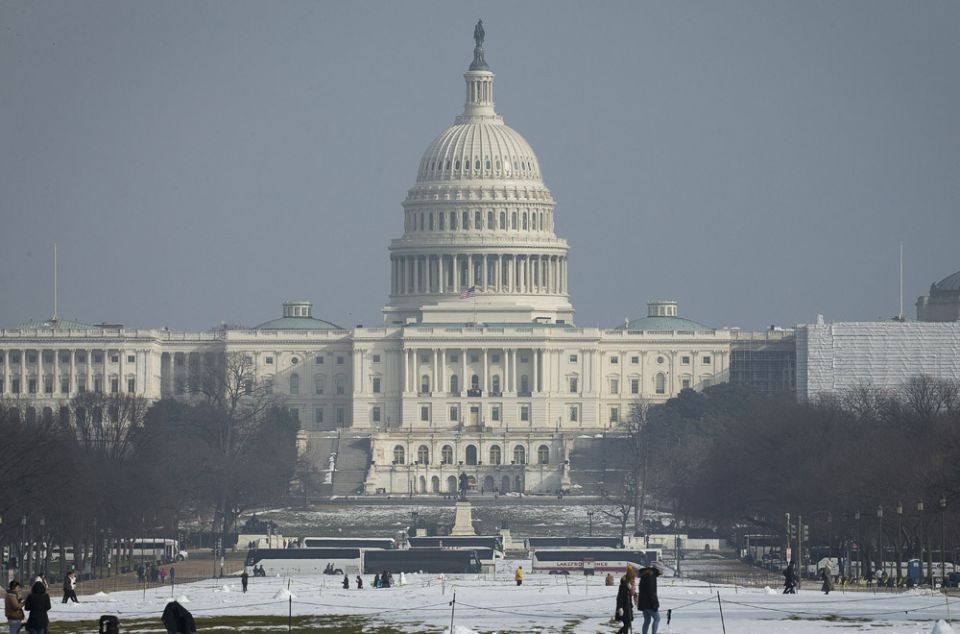 I am told this video clip made the rounds of social media, but in case you missed, an historian, Rutger Bregman, was on a panel at the World Economic Forum at Davos and he spoke about the sin that dare not speak its name, tax evasion by the uber-rich. Just splendid. Send it to five friends and tell them to get the pitchforks ready.

Speaking of billionaires, at Politico, Jeff Greenfield on the three developments which have combined to make Howard Schultz think he can and should run for president, all three of them "wrongheaded or deplorable." Nonetheless, Democrats are right to worry according to a recent poll that shows more of them are willing to consider a third party candidate than are Republicans. I am less concerned about Schultz because he seems to be one of the most boring people on television.

From the file "why am I not surprised," Catholic News Agency reports on accusations that Daniel Mattson, author of the book Why I Don't Call Myself Gay: How I Reclaimed My Sexual Reality and Found Peace, had phone sex with a minor. The book made Mattson a darling of conservative Catholics, confirming their diagnosis that a "gay lifestyle" was somehow comprehensive in ways a straight lifestyle is not. It was bunk from start to finish and served only to confirm what many of us have long stated: The louder the objections, the gayer the goose.

Michelle Goldberg, in The New York Times, labels claims that Virginia's Gov. Ralph Northam and Delegate Kathy Tran were advocating for a law that would permit infanticide "fake news." Wow. How clever! Did Goldberg think that up on her own? Goldberg cites Frances Kissling as someone well known for "thinking deeply" about ethics, but quotes her saying:

I am not saying that there would not be one woman out of 20 million who decided at the 33rd week of pregnancy that she needed an abortion, and I would suggest that she probably does have mental health problems. However, this woman is not going to find anyone who will do this.

See that? The proposed law allows a mental health concern to justify a late-term abortion, and Kissling thinks asking for one absent a pressing threat to the mother's health is evidence of a mental health problem. The solution: Kill the baby. So much for thinking deeply. Kissling and Goldberg deserve each other, but are the editors at the Times op-ed page asleep?

When you are feeling blue about the quality of leadership in the Catholic Church, you have only to look beyond the Communion rail to feel better. Pastor Robert Jeffress of First Baptist Church in Dallas is voluble with the theology of a troglodyte, so he is always a good place to start. He has defended President Trump's desire to build a wall along the southern border because "even Heaven itself is gonna have a wall around it." And, on the other side of the theological spectrum, you rarely have to look far for similar foolishness. The latest comes from the Rev. Dr. Cari Johnson, who argues at Religion News Service that, well, hard to find any argument in her article, just a bunch of pro-choice talking points with some religious bunting. Does the parable of the good Samaritan really address the crux of the abortion issue?

At The Washington Post, Kathleen Parker displays some actual clarity of thought surrounding these horrific laws and the ghoulish celebrations that attend them. And she points to the myopia of the political activists who are pushing for these laws. "It is obvious, meanwhile, that these pro-abortion legislators' new efforts are aimed at undoing, one by one, the state-level 'victories' of their pro-life counterparts — even, apparently, if it means putting women's lives at greater risk by allowing non-doctors to perform abortions," she notes. Of course, there is just as much myopia on the pro-life side, but they are not the ones seeking to codify allowances for what they seem incapable of describing as something other than infanticide.

From Baton Rouge, Louisiana, Bishop Michael Duca released the names of credibly accused priests in his diocese, but I wish to call attention to his statement, which is one of the best I have seen by a bishop, not just desperately trying to get past the clergy sex abuse mess, but actually showing how it has changed his way of thinking about what it means to care for a local church, what it means to be a pastor.

Tonight, the Democratic response to the State of the Union will be given by Stacey Abrams, who ran unsuccessfully for governor of Georgia. I am not hopeful. This commentary by Abrams in Foreign Affairs, celebrating identity politics, unwittingly demonstrates why identity politics is a recipe for Trump's reelection. Consider her concluding paragraph:

The current demographic and social evolution toward diversity in the United States has played out alongside a trend toward greater economic and social inequality. These parallel but distinct developments are inextricably bound together. The entrance of the marginalized into the workplace, the commons, and the body politic — achieved through litigation and legislation — spawned reactionary limits on their legal standing and restrictions meant to block their complaints and prevent remedies. The natural antidote to this condition is not a retrenchment to amorphous, universal descriptors devoid of context or nuance. Instead, Americans must thoughtfully pursue an expanded, identity-conscious politics. New, vibrant, noisy voices represent the strongest tool to manage the growing pains of multicultural coexistence. By embracing identity and its prickly, uncomfortable contours, Americans will become more likely to grow as one.

She fails to explain how these developments are, at the same time, "parallel but distinct" yet "bound together." She overstates the role of litigation and legislation in achieving social change, and blames "reactionary" backlash, when in fact people like Abrams are merely undervaluing the necessity of cultural change. And, she takes a swipe at universalism, which is always a strange thing for a liberal to do. Abrams may be enlightened by comparison to Trump, but they are both clinging to the nasty "soil and blood" analysis of political life that is the antithesis of both liberalism and Catholic social teaching.

Confessions of an exhausted Catholic