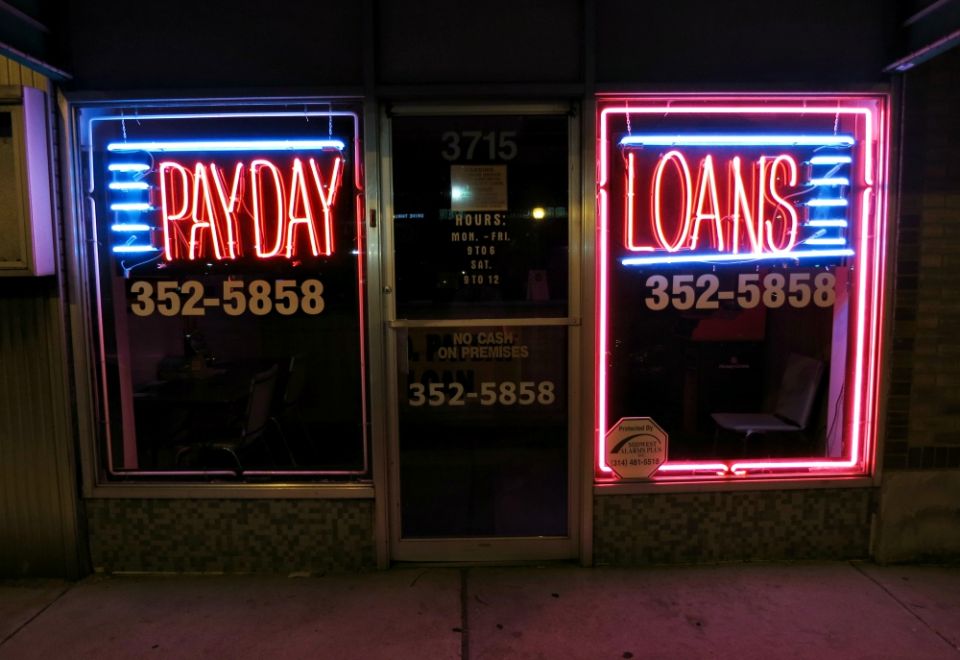 The practice of usury -- lending money at exorbitantly high interest rates -- "humiliates and kills" just like a snake by "strangling its victims," Pope Francis told members of an Italian association dedicated to fighting usury and loan sharking Feb. 3. An average payday loan in the U.S. carries an annual percentage rate of 300-500 percent, according to the Pew Charitable Trusts. (Flickr/Paul Sableman, CC BY 2.0)

At the Working Class Perspectives blog, Katie Wells, Kafui Attoh, and Declan Cullen look at Uber's attempt to portray itself as part of the solution to transit problems in major urban areas like Washington, D.C. They give the company a big thumbs-down. I agree. The answer is more investment in, and better management of, public transportation.

House Speaker Paul Ryan is just thrilled about the effects of the GOP's tax reform. He tweeted about a woman who is making an extra $1.50 per week. Not per hour. Not per day. Per week. Ryan quickly took the tweet down when he realized how ridiculous it was.

In The Washington Post, the Polish government, run by nationalists in the mold of Donald Trump, has decided to ban language that implicates Poles in the Shoah. Most of the death camps were in Poland. They were not staffed by Spaniards. Although those with animosity to Israel and/or Jews would like the rest of us to forget it, there is a moral authority to Jewish alarm, and the idea that Poland would pass such a law is only the latest piece of evidence.

From Vatican News, Pope Francis on usury. He is not a fan. I do not expect him to win any prizes from the Chamber of Commerce anytime soon!

In The New York Times, David Brooks on how the Democrats continue to let their abortion rights extremism stand in the way of them actually winning elections. He is spot-on in his analysis.

Also in The Washington Post, Christine Emba on why "Davos Man" is right to be nervous. Put differently, the revolution will even reach into the Alps! The money quote:

For several decades, in large part because of the influence of Nobel Prize-winning economist Milton Friedman, global elites have understood corporations to have one responsibility: maximizing shareholder value. This view has led to the jettisoning of the same responsibility to society at large that [BlackRock CEO Larry] Fink and those of his set now warn is needed. That diminution of a larger duty has led predictably to the resentment that the Davos elites suddenly eye with such concern.

Survey: Less than 25% in any U.S. state approves total ban on abortion

The state of the race: Democrats and the moral life of our country