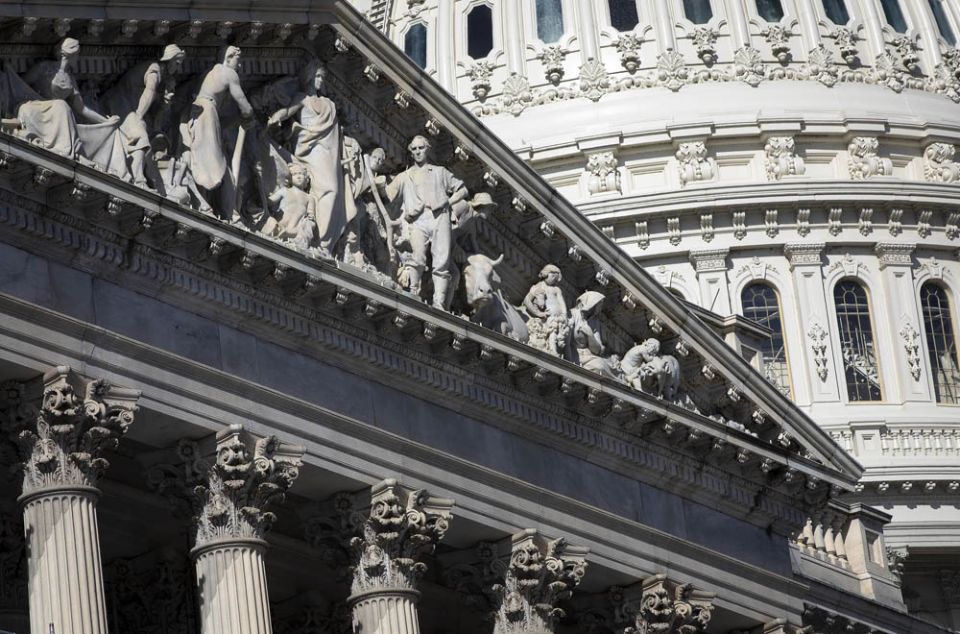 The U.S. Capitol is seen in Washington Feb. 5. (CNS/Tyler Orsburn)

The most important article for true liberals to read right now, especially those who are seeking the presidency and their staffs, is this essay by Jill Lepore at Foreign Affairs about the failure of historians, and consequently others, to study the nation and so protect its past and its imagined future from demagogues. The money quote:

When historians abandon the study of the nation, when scholars stop trying to write a common history for a people, nationalism doesn't die. Instead, it eats liberalism.

There are other money quotes in this extraordinary, and extraordinarily important, essay.

That noted, ehem, historian Newt Gingrich defended President Donald Trump's habit of assigning 60 percent of his workday to "executive time," that is, no scheduled meetings or other obligations. Gingrich compared him to Churchill, noting that Churchill took a nap every day. This is true, but Churchill took his naps because it allowed him to work well into the evening. I follow the same regimen and commend it to all. But, comparing Trump to Churchill brought on immediate blowback of which the best response came from Jeff Greenfield: “Churchill did not sleep late. He awoke about 7:30, and read newspapers and documents while in bed. More broadly, apart from both being carbon-based life forms, it's hard to think of two individuals less alike than Churchill and Trump.”  Game, set and match to Mr. Greenfield.

At the Tablet, a different kind of history lesson: Jonathan Luxmoore looks at the publication of writings by Karol Wojtyla before he became a bishop and pope, in which the future pontiff levels a stern critique of capitalism and even acknowledged the ethical superiority of communism’s goals. Of course, in his lifetime and ours, communism could be judged by its consequences and not just its ideals, but it is interesting the lengths to which some of John Paul's acolytes went to deny these writings were his.

If you think Trump is a singular aberration in GOP politics, think again. Karen Tumulty at The Washington Post looks at the efforts by Texas politicians to commit voter fraud in the name of preventing voter fraud. It is hard to imagine a more straightforward attack on democratic norms than these kinds of shenanigans. Is there a reason our bishops’ conference remains silent about this? Ever since the war time allocutions of Pope Pius XII (no liberal he), the Catholic Church has been pretty unambiguous in its support for democracy. Why is Cardinal Daniel DiNardo, Archbishop of Texas’ largest city and president of the U.S. bishops’ conference, so quiet?

At Politico, a report on the conversion of a Dutch politician, Joram van Klaveren, who started out as a member of parliament from the anti-Muslim Freedom Party of Geert Wilders and is now, you guessed it, a Muslim. I am not fond of psychological explanations of political decisions, but every once in awhile. …

Looking for the strangest interpretation of Pope Francis' breathtakingly successful visit to the United Arab Emirates? Look no further: Sohrab Ahmari, at the Catholic Herald, sees the trip as a vindication of Pope Benedict XVI’s Regensburg lecture. The lesson of Regensburg was that once you are elected pope — or really made a bishop — you are no longer an academic, and your words will be scrutinized differently than would, say, a talk at an academic conference.

At the Working Class Perspectives blog, James Patrick Ferns discusses the results of his oral history project among industrial workers and confronts the often dismissive and condescending attitudes of elites towards former industrial workers who miss the security those jobs provided and the communities they created. And, no, they do not need a lecture from a professor or a politician about the dangers of the workplace in factories: They know it well.