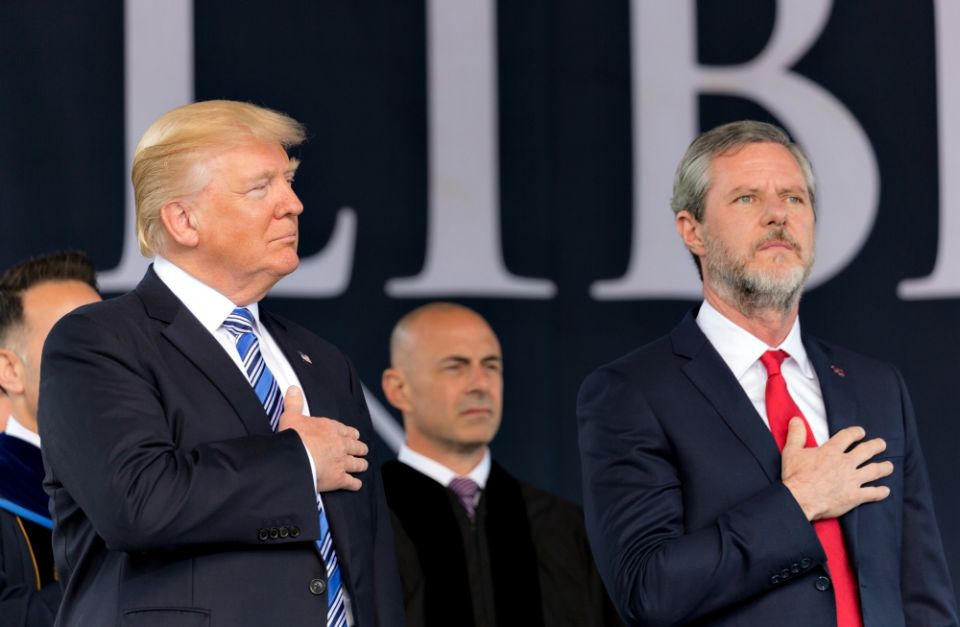 The Napa Institute has published the schedule for its upcoming summer confab. Scroll down to Wednesday morning and you will see that the Board of Visitors of the Catholic University of America* is holding its meeting in conjunction with the Napa Institute's board. There is also a reference to "CUA Boards" in the plural. When you consider the list of speakers, it is a who's who of the opposition to Pope Francis: Cardinal Raymond Burke, Bishops Thomas Paprocki, Thomas Daly and Joseph Strickland. Why on earth would the university owned by the U.S. bishops, the only Catholic university in America chartered by the Vatican, be so intertwined with the far-right, libertarian, anti-Francis Napa Institute? That is a rhetorical question. Who will stand up to this nonsense? That is not a rhetorical question.

At the blog Where Peter Is, Mike Lewis considers the opposition to Francis, the recent letter accusing the pope of heresy, and the strange attraction some hold for the pre-conciliar church, and reminds us all not to take our faith for granted. We all struggle with difficulties regarding our church and the faith it preaches but, as Cardinal John Henry Newman said, a thousand difficulties do not equal a single doubt. Remember that, and cling to the faith.

Mayor Pete Buttigieg criticized the Democratic Party's fixation with identity politics. He did so, however, in front of the friendliest audience possible for him, the Human Rights Campaign Fund, and he did not really point out the degree to which that organization has contributed to this fixation. So, Distinctly Catholic awards the mayor one cheer, not three, and voices the hope that debate develops about the corrupting influence of identity politics on liberalism.

In The Washington Post, Steven Waldman looks at the sniveling, morally suspect stance of white evangelical leaders toward Donald Trump and reminds us that at the time of the nation's founding, our evangelical friends were heroes for democracy. I hope in a future essay, Waldman will consider why the decline occurred.

Relatedly, evangelicals are pushing Project Blitz, an effort to get state legislatures to pass laws permitting public schools to teach the Bible as a book of historical import. They do not realize that they are being complicit in a secularist, not a religious project. The Bible is obviously of enormous historical significance, but it is so because people believed it is the word of God. If it is just one ancient text among many, then I invoke the observation of the great Flannery O'Connor who, when confronted with the argument that the Eucharist is not truly the body and blood of Christ, but merely a symbol of his presence, replied, "Well, if it's a symbol, to hell with it."

In The Atlantic, Russell Berman looks at Joe Biden's push to claim the support of labor unions, and much else, in a fine examination of the political challenges and ongoing clout of organized labor. I think the core difficulty for Biden is that he is unwilling to distance himself from the essentially neoliberal policy framework of the Obama administration, and this year the unions recognize the centrality of that issue both to their own future successes and to the effort to beat Trump in 2020.

Pennsylvania state Rep. Brian Sims is Exhibit A in the argument that it is the left, more than the right, that carries on the culture wars today. Sims took a video of himself heckling anti-abortion activists praying outside a Planned Parenthood clinic. The diminishment of tolerance as a virtue of liberalism is one of the saddest facts of our political life.

At The American Mind, published by the Claremont Institute, Peter Berkowitz replies to an essay by Claremont Institute President Ryan Williams in which Williams said, "Multiculturalism and its politics of identity pose an existential threat to the American political order comparable to slavery in the 1850s or communism during the Cold War." Berkowitz shares Williams' disdain for multiculturalism and identity politics, but knows enough history to recognize that Williams is hyperventilating when he compares the threat posed to slavery or communism. Compared to those great evils, "the ideas that Williams groups under the multiculturalism label present an incoherent cluster of demands for power by resentful members of the elite which masquerade as a quest for social justice by the disadvantaged." Bingo.

* Clarification: While this accurately reports the contents of the published Napa Institute schedule, a representative of Catholic University contacted Winters to note that it will be a meeting of the Board of Visitors for the university's Busch School of Business.