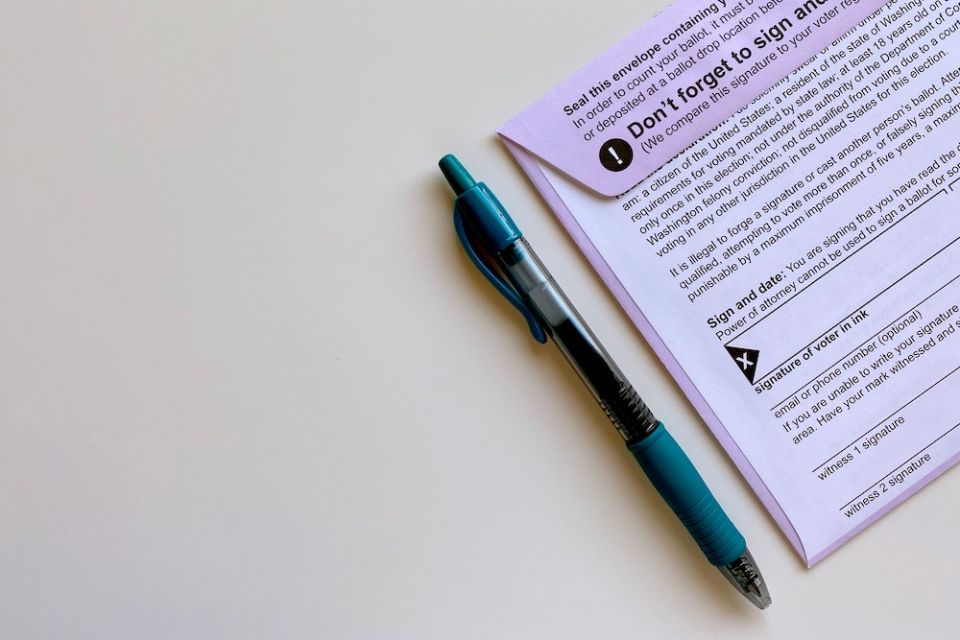 Last week, I participated in a webinar with Professor Cathleen Kaveny and Cardinal Joseph Tobin. My colleague, Chris White, has already reported on the event. Now, the video of the webinar has been posted here. If you enjoyed it, you should tune in later today for the second webinar, which features NCR's executive editor Heidi Schlumpf. The webinars are jointly sponsored by the Boisi Center for Religion and American Public Life at Boston College, the New Hampshire Institute of Politics at St. Anselm College and the Greenberg Center for the Study of Religion in Public Life at Trinity College. Today's webinar will focus on efforts by the Republicans to motivate Catholics.

Both campaigns are going to be focusing on Catholic voters as Ryan Burge explains in Christianity Today. Although the president's numbers among white evangelicals have dropped a bit, he is running 10 or more points behind his 2016 numbers among white Catholics. In Pennsylvania, where a quarter of the electorate is white Catholics, a 10-point swing puts that commonwealth in Biden's column. Will the Supreme Court vacancy affect that? I shall look at the political fallout of Justice Ruth Bader Ginsburg's death tomorrow.

One of the realities of the race that has emerged, and is not going to be significantly altered by the court vacancy, is the fact that Joe Biden is underperforming Hillary Clinton among Latino voters. At Politico, Zack Stanton interviews Stephanie Valencia of Equis Research, a polling firm that focuses on Latino voters. As they both agree, the path to 270 electoral college votes leads right through the Latino electorate. More on this anon.

The group Democrats for Life took out a full-page ad in Sunday's New York Times  to call on the party to moderate its stance on abortion. Dozens of Democratic elected officials signed the appeal but, of course, it will be completely drowned out by the death of Justice Ginsburg. Still, take a moment and read the common sense requests the group makes and then ask yourself why the leadership of the Democratic Party would resist such policies.

At the Quincy Institute's journal "Responsible Statecraft," Trita Parsi asks if Secretary of State Mike Pompeo is planning an "October surprise." The death of Ginsburg has scrambled the race in ways that make any such surprise less likely but, then again, President Trump is a man of unpleasant surprises, so who knows what they will cook up. The prospect of escalating tensions with Iran is a frightening one.

As if we needed a reminder that symbols matter, from The Philadelphia Inquirer a story about parishioners at St. Michael's church where the new pastor made changes without any consultation, removing an altar rail, installing carpet, etc. The parishioners went ballistic. The path to lay trusteeism runs through stupid decisions by aloof pastors.

From AP, a great story about the use of medieval carpentry techniques in the rebuilding of the Cathedral of Notre Dame in Paris. A team of carpenters recently reconstructed a giant truss out of French oak in the plaza in front of the cathedral to show how these monumental structural supports were made. How splendid that the decision was made to rebuild the cathedral according to these ancient techniques.

Relatedly, from BBC News, the organ at York Minster is being restored. I was interested to learn that the painted façade pipes were, in the 1903 restoration, turned into non-speaking, purely decorative pipes but they will reclaim their voices in the current restoration. The work is being undertaken by the firm Harrison and Harrison, which has restored and rebuilt some of the United Kingdom's most important instruments. Here is a recording that shows the splendid color of some of the organ stops: Francis Jackson performing Theodore Dubois' "Toccata" on the instrument before it began its renovation.