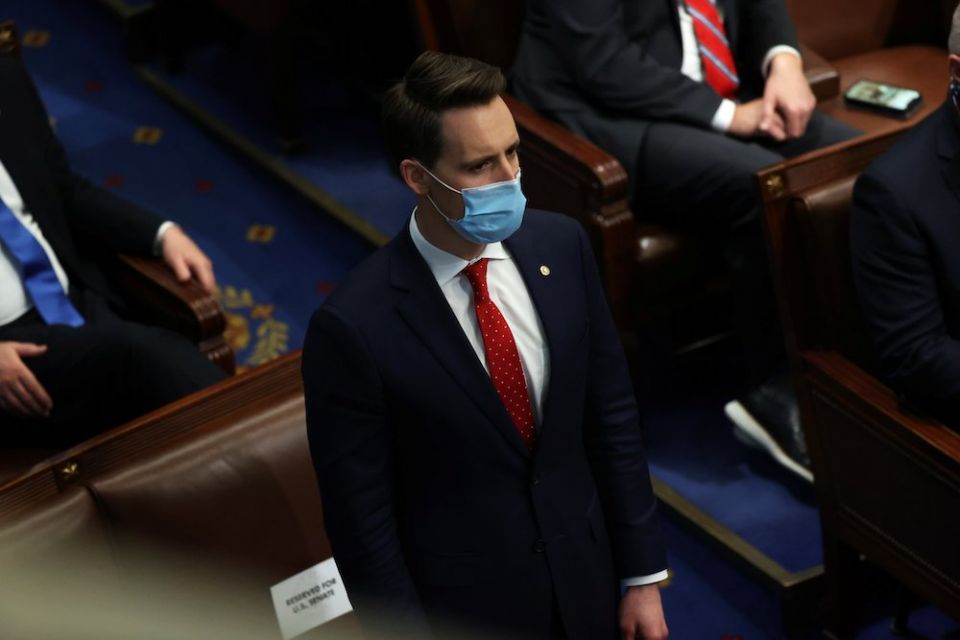 In The Atlantic, David Brooks revisits some of his observations in his book Bobos in Paradise and looks at how the bobos (bourgeois bohemians) have evolved since. The money graph:

Over the past two decades, the rapidly growing economic, cultural, and social power of the bobos has generated a global backlash that is growing more and more vicious, deranged, and apocalyptic. And yet this backlash is not without basis. The bobos — or X people, or the creative class, or whatever you want to call them — have coalesced into an insular, intermarrying Brahmin elite that dominates culture, media, education, and tech. Worse, those of us in this class have had a hard time admitting our power, much less using it responsibly.

Another observation that jumps out is this: "For all its talk of openness, the creative class is remarkably insular." He might have added "insufferable." His comments about wokeness being a strategy for self-advancement are profoundly true. It is good to see Brooks take responsibility for the mess he helped create, and correctly warn about the backlash he and his bobos invited. Still, there is something two-dimensional about Brooks' analysis, something about human dignity that is always just beyond his grasp.

At Politico, Eliana Johnson looks at an emerging policy divide within the Republican Party between traditional, laissez-faire economics and so-called "common good economics." I am here to assure you that many of those in the latter camp, including Sen. Josh Hawley of Missouri, wouldn't know common good anything if it bit them on the tuchus. What is interesting is that they feel the need to pose as common good conservatives, and that is a change that will outlast Trump.

In La Croix, Austen Ivereigh looks at the debate on "eucharistic coherence" and masterfully explains what the zealots among the bishops leave out: "Any threat to deny the Eucharist to 'disobedient' Catholic politicians, however deeply buried in the document to be voted on by bishops in November, would encroach on the freedom necessary for discernment and indeed good governance." And, citing the work of Fr. James Keenan, he points to a fact that has long intrigued me about why Americans and Europeans are so different in their approach to these issues:

In Europe, shocking evidence of the acquiescence and passivity of Catholics led to an awakening of the vital role of conscience through remorse.

In the United States, by contrast, there was no such crisis of conscience "because Americans, including their theologians, believed they were on the right side."

Appeals to conscience in postwar America instead came to be associated not with assuming ultimate responsibility but with individual opt-outs from laws and rules.

As we have come to expect from Ivereigh, a thoughtful and faithful analysis of the issues at stake.

Catholics are not the only ones working through issues about the intersection of religion, morality and politics. According to The Jerusalem Post, 65% of Israelis support civil marriage and ending the Chief Rabbinate's monopoly on the rite.

In the Angelus, Greg Erlandson, the editor of Catholic News Service, raises the important moral issues regarding Grindr-gate:

There is a great deal we don't know about these allegations, though they have already cost this priest his job. No independent party has as yet examined the data sets that allegedly matched cellphone locations with specific hookup sites. We don't know who funded what appears to be an expensive and lengthy investigation. We don't know who did the actual research. We don't know their agenda. We only know the accusations.

I especially call readers' attention to the penultimate concern: We don't know the agenda at work here. It might not even be ideological. It might merely be a form of self-promotion. Either way, it smells.

In The New York Times, a report on a coming struggle to expand Amtrak service: Freight rail companies are contesting Amtrak's claim to right-of-way in areas of the country outside the Northeast. It is long past time that the government nationalize the rail lines anyway, but the article points to another problem that afflicts American companies, and politicians, and sometimes the media too: myopia. There is not a single mention of how other countries deal with this issue.

From the Texas Politics Project at the University of Texas, Joshua Blank and Jim Henson do a deep dive into the differing views about COVID-19 and how to respond to it along partisan lines in the project's "Second Reading Podcast." Blank is better than anyone I can think at in finding the issue frames that really elucidate what motivates people to think the way they do.