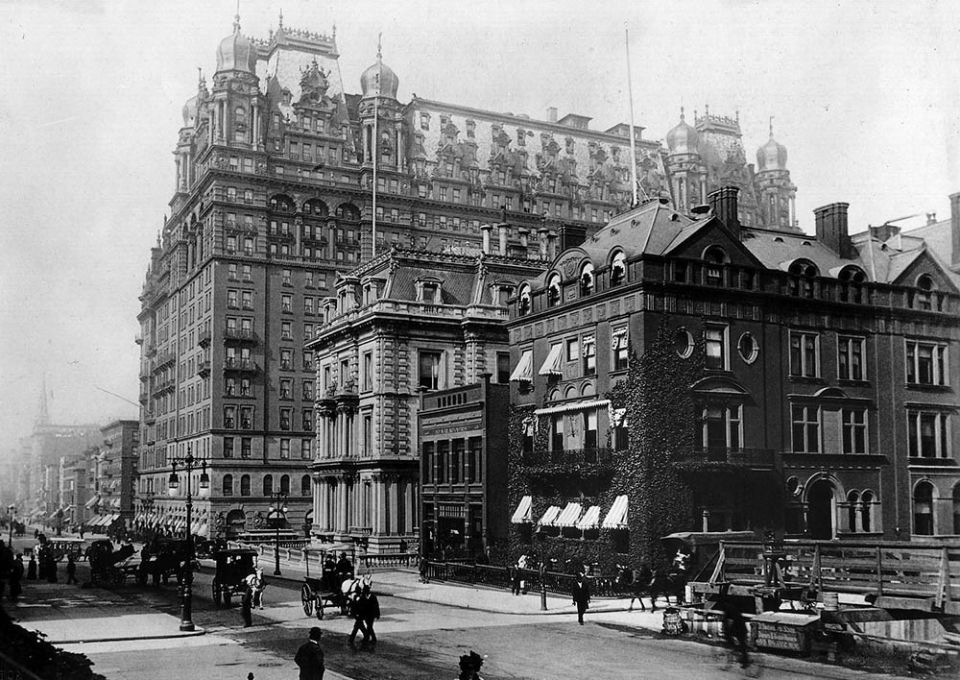 A view of the Waldorf-Astoria Hotel, New York City, 1899 (Wikimedia Commons/Library of Congress)

NCR's executive editor, Heidi Schlumpf, has written a commentary for CNN regarding the Monday statement from the Congregation for the Doctrine of the Faith barring priests from blessing a same-sex couple. I disagree with much of what Schlumpf writes, but understand and sympathize with her position, with one exception. The pope cannot simply change church teaching, as she suggests. Slowly, prayerfully and together is the only way forward.

At the Working-Class Perspectives blog, John Russo debunks "the myth of the conservative working class." He argues persuasively that the backbone of the late Rush Limbaugh's listeners and former President Donald Trump's support was found in the petite bourgeoisie. The distinction is not academic, but the politics of defeating Trumpism is little different: The economic rules that continually favor the top 1% harm everyone else, including the small-business owners to whom Limbaugh and Trump appealed. This is one reason the wealth tax is popular with everyone except the filthy rich.

From historian Heather Cox Richardson, a reflection on the admission of Maine to the Union on March 15, 1820, and how the experience shaped the politics of the state and, more distantly, her own decision to become a scholar. Persevere past the bad joke about the "adze of March." The rest is worth it.

In The Tablet, my colleague Chris Lamb reports on the visitation at the Congregation for Divine Worship at the Vatican. This is not a standard investigation, but still, one wonders what provoked it? I am betting that someone found a Pachamama statue on Cardinal Robert Sarah's private chapel, and she was not facing ad orientem!

One of the problems when newspapers become too woke is that they publish nonsense. Case in point: The Washington Post ran an article by Anne Branigin that argues, "Despite their power as political organizers and at the ballot box, Black women remain deeply underrepresented in state legislatures across the country." In the very next graph, she presents her evidence: "Black women fill just 4.82 percent of the 7,383 state legislature seats across the United States. That's well below the nationwide share of the population Black women make up: 13 percent of all U.S. women." The problem is that 13% of all women is not 13% of all voters. 6.5% would be the point at which the representation of Black women in state legislatures matched their share of the population, but then the claim to be "deeply underrepresented" is not so believable. Where was the editor?

Also at the Post, a far more balanced look at the debate over the Equality Act, which will get a hearing before the Senate Judiciary Committee this week. Sadly, the issue of LGBT rights, like the issue of limiting abortion, has become a zero-sum game in which reasonable compromise is shunned because the special interests pushing the legislation need to articulate their most extreme demands to keep their donors happy and the funding coming in. And the Senate will fail in its job to adjudicate the complex issues involved and, instead, grandstand because they can't risk losing the juice those special interests provide to their campaigns.

In La Voce di New York, Renato Grussu looks at the history of the original Waldorf-Astoria Hotel, located at Fifth Avenue and 33rd Street. His cultural eye looks at how New York's sense of its own center, architectural styles and family feuds all are implicated in the history of this most famous hotel.

In The New York Times, a report on the decision by the French government to return a painting by Gustav Klimt to the descendants of the Jewish woman who was forced to sell it and who died in the Shoah. The painting, "Rosebushes Under the Trees," was one of his best and one of my favorite paintings in the entire collection at the Musée d'Orsay. I remember standing in front of it for a very long time, without any desire to move. Still, the decision is, as the French minister of culture said, "the completion of an act of justice."

Editorial: All we really needed to know about the filibuster we learned in kindergarten