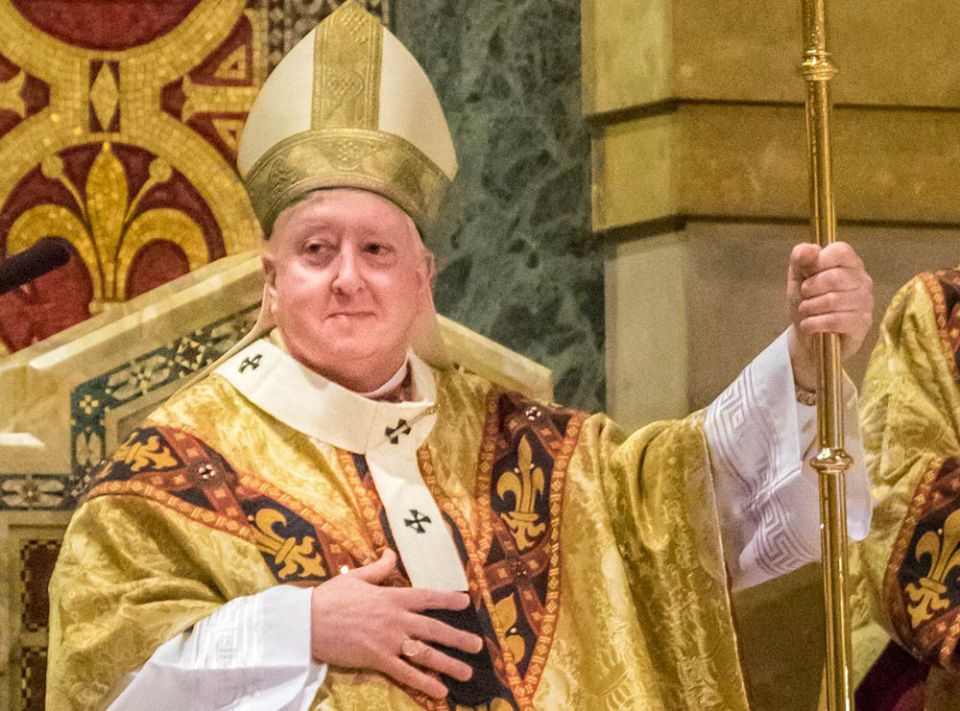 In the St. Louis Review, Archbishop Mitchell Rozanski looks at the issue of immigration and does exactly what a bishop should do: teach what the church teaches. And, in this instance, the starting point of our teaching is clear: "We should remember that the people we're talking about are not anonymous immigrants, but Christ Himself, who will say to us: 'I was a stranger and you welcomed me' or 'I was a stranger and you gave me no welcome.' Whatever policy we support, we should ask how the policy applies to Christ."

At Politico, Erin Banco looks at the spread of the Delta variant of the coronavirus in rural America, where citizens are historically underserved by hospitals and other medical care. The fear of the Delta variant has led to an increase in the number of people getting vaccinated, but the race is on to see if the vaccinations can outpace the variant before the hospitals get overwhelmed. Rural Wyoming has seen its positivity rate go up 80% in recent weeks and now stands at 13% of the population. That makes the entire state a "high transmission area."

At Religion Dispatches, Massimo Faggioli of Villanova University replies to Ross Douthat's column in The New York Times criticizing Pope Francis for his decision to restore the restrictions on the Tridentine rite in place during the pontificate of John Paul II. The reply is masterful, pointing to the narrowness of Douthat's lens and how that lens is distorted by his conservative outlook. Most important is the link between opposition to liturgical reforms and opposition to other key parts of the Second Vatican Council. If this were just about liturgy, there would be no problem. It isn't, and as Faggioli points out, it never has been.

Relatedly, I have never been much of a fan of Amy Welborn, but her recent complaint against Francis' decision about the Tridentine rite, like so many of the complaints against the pope, shows a magnificent ignorance of one of the central facts of Catholic life throughout the 20th century: the liturgical renewal! Has she ever heard of Solesmes? Starting in abbeys and academic circles, and eventually influencing such otherwise different pontiffs as the reactionary Pius X, the diplomatic Pius XII and the learned, forward-looking Paul VI, the liturgical renewal informed the decisions made at Vatican II and subsequently. All this fretting about wanting an "ancient" liturgy fails to acknowledge what we have actually learned about ancient liturgy in the previous two centuries, still less how it informed the reforms the traditionalists abhor. Once again, Francis is proved right by his critics.

In The Washington Post, Alex Horton and Ezzatullah Mehrdad report on Afghan women who are too young to remember what life was like under the Taliban and who now face the grim prospect that the Islamic terrorists will again take over the country and impose their vicious and draconian anti-female laws. This prospect must be viewed straight on when we assess President Joe Biden's decision to withdraw all U.S. troops, a position many support but about which we should all have grave misgivings. There are situations, and this is one of them, in which there are no good answers and where we find ourselves thinking St. Augustine might have underestimated the human capacity for evil.

In The New York Times, Jennifer Hudson explains how she prepared herself to portray Aretha Franklin in the new biopic about the American legend. Turns out, she has been preparing all of her life in one way or another, and Franklin even told her so! Really, ask yourself a question: Who else could have played Franklin other than Hudson? No one else comes close.

Gold medalist Caeleb Dressel outswam everyone in the Tokyo Olympic pool, winning five gold medals. Each time, he wrapped a blue bandana around his hand as he accepted his prize and placed that hand over his heart while the national anthem was played. The bandana was given to him by the husband of his high school math teacher and No. 1 supporter Claire McCool, after she died from cancer in 2017. Southern Living has the touching story that makes me more of a Dressel fan than I was before, and I was a big fan.

A call to communion: Pope Francis' letter to the Syro-Malabar Church