Midterm elections will be a referendum on Trump, not Kavanaugh 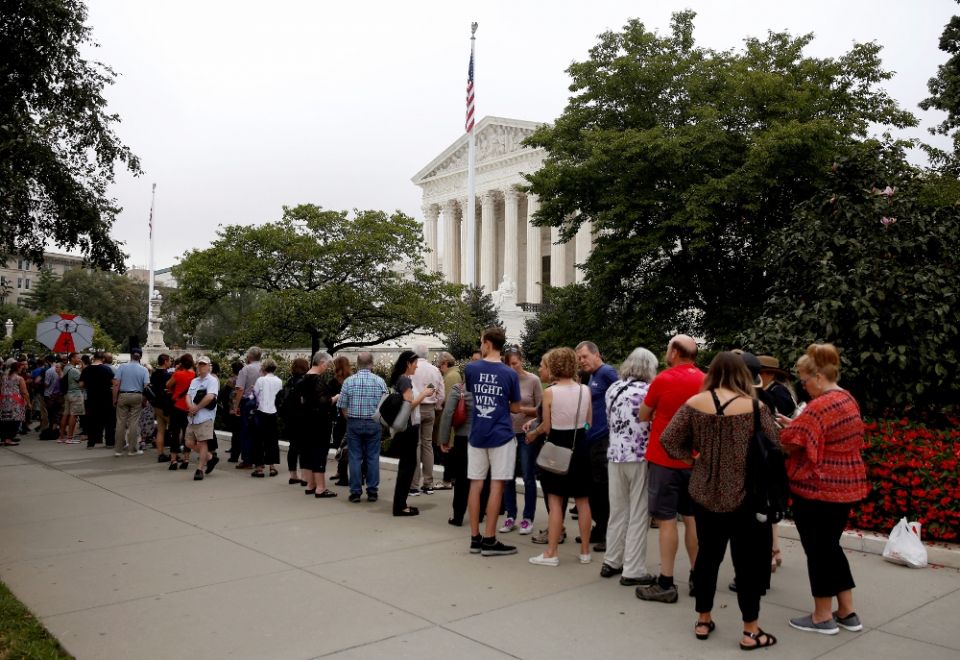 It has been one week since Justice Brett Kavanaugh took the oath of office to become an associate justice of the U.S. Supreme Court in a White House ceremony designed not to insulate the new justice and the court from the stench of politics but to bolster a Republican Party that had spent the summer gazing at disaster in the midterms . In three and a half weeks, voters will go to the polls and we will find out whether all the controversy surrounding his nomination affected the electoral outcome.

There was no way the Democrats were ever going to derail Kavanaugh's nomination short of the Gov. Edwin Edwards' rule: Only if caught in bed with a dead girl or a live boy. Senate Majority Leader Mitch McConnell is the Machiavelli of our day, a man of ruthless determination, committed to the full exercise of the power he has acquired, and he was never going to let this thing get away from him. McConnell was willing to give the middle finger to democratic norms by refusing to allow hearings and a vote on the nomination of Judge Merrick Garland to the court in 2016. The man was not going to lose sleep over hardball tactics to push Kavanaugh through.

That said, the Democrats mishandled the nomination from the start. Of course, their base wanted them to focus on Roe v. Wade, even though we all watched John Roberts and Samuel Alito easily dance around those questions during their confirmation hearings. Cite your commitment to stare decisis. Call Roe "settled law." Commend the value of precedence. I thought Kavanaugh was so compelling in his argument that Planned Parenthood v. Casey was "precedent on precedent," I was surprised the pro-life groups did not get nervous about their support for him.

Overturning Roe is complicated. Obviously, I believe it was decided wrongly and made a categorical mistake, failing to see the unborn child as a person with dignity and a right to life. But it is one case in a long line of jurisprudence, from Griswold to Obergefell, that can't easily be set aside. You can't just kick the issue of abortion back to the states without anticipating suits that would seek to kick the issue of same-sex marriage back to the states, or contraception for that matter. In any event, those of us who care about the dignity of the unborn have to do a lot more legwork in the culture before we can reap any harvest from a court decision that returns the issue to state legislatures.

Today's Democratic leadership — and I am talking about you Congresswoman Pelosi! — is so out of touch with the districts they need to win, they only know how to preach to the choir. With key swing districts and Senate seats in states Donald Trump won, the Democrats should have focused on issues that matter to voters in Michigan, North Carolina, Pennsylvania, Wisconsin, like Kavanaugh's pro-business and anti-worker record on the D.C. Court of Appeals.

Did any Democrat call out Kavanaugh as an elitist? Elite neighborhood. Elite prep school. Elite college and law school. Of course, they couldn't really call him out over this because a Democratic president would nominate the same kind of jurist. Did anyone in the Obama administration stop and think — yes, Kagan will be a great justice, but aren't there any Southerners with accents who went to a state law school to be considered? Is the difference that great?

And all of the senators grilling Kavanaugh were in the same elite boat. Just how populist can Cory Booker pretend to be when he went to Stanford, Oxford and Yale?

We are who we are. Will it matter? The fight over the Kavanaugh nomination certainly got the GOP base fired up and in several polls, the generic ballot closed measurably. A poll taken just before the Senate vote on Kavanaugh in Washington state's 8th Congressional District attributed Republican Dino Rossi's much improved numbers to the fight.

I predicted that whoever won the Kavanaugh nomination fight would likely pay a price for it at the polls. Anger is a bigger motivator than contentment when it comes to voting, especially in a midterm, and just as the economy looms as the No. 1 issue only when the economy is bad, I predict the generic ballot will again favor the Dems by Election Day.

And we are less than a month away. It seems like a lifetime ago when the kids from Parkland High gave us hope that sensible gun control might become a winner at the ballot box this year, but I haven't seen those kids on TV so much lately. It is Trump's genius that he sucks up all the oxygen in the room and keeps doing so day in and day out. He is to politics was Hurricane Michael was to barometric pressure: He sucks it all up and lowers the nation's political life to a dangerous degree.

But that doesn't mean he will not succeed where previous presidents have failed, and actually provide coattails to his followers. We just don't know.

We do know this midterm is going to be a referendum on Trump, not Kavanaugh. Instead of playing to their liberal base, Democrats should be sowing doubts about Trump's elitism in those working-class precincts he won in the heartland. They should be talking about how he built his wealth by being a tax cheat and now he has appointed someone to the Supreme Court who values the rights of corporations over the rights of workers. The entire narrative the Democrats need to fashion is that Trump is no savior to the white working class, but a fraud, an elite coastal snob who rigs the system to benefit himself and his rich friends.

Remember: These same voters in the heartland voted for Barack Obama twice. They are not all racists and misogynists. Trump speaks to the lesser angels of their nature. But the Democrats have forgotten how to speak to them at all.

A version of this story appeared in the Nov 2-15, 2018 print issue under the headline: Midterm elections will be a referendum on Trump, not Kavanaugh .

Column | Midterm elections will be a referendum on Trump, not Kavanaugh

NCR Podcast: The 2018 midterm elections and the Catholic vote

Bolstered by bad eucharistic theology, the 'wafer wars' are back