Quinn's examination of Vatican I and infallibility is his final gift

Pope Pius IX proclaims the doctrine of infallibility during the First Vatican Council on July 18, 1870, depicted in a stained glass window in Saint-Melaine Church in Domalain, France. (Wikimedia Commons/GO69)

At the meeting of the U.S. bishops this week, one face, always lively and spry, with the elfin look of a man who has just thought of a bon mot, was noticeably missing. On June 22, San Francisco Archbishop John R. Quinn died and the beatings of his brave and generous heart, always attuned to God's mercy and justice, those beatings are now stilled forever. 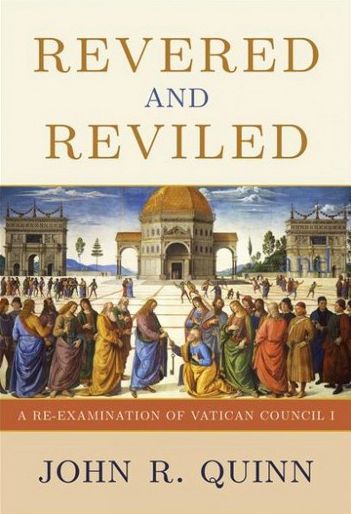 Yet, not as a ghost does Quinn speak to us from the grave, but as an author, a churchman and a scholar. On his sickbed, he was working on the proofs for his last book, Revered and Reviled: A Re-Examination of Vatican Council I.

Quinn's intellect was piqued when he heard a lecture at the Vatican at which Jesuit Fr. Michael J. Buckley said, "The way Pastor Aeternus has been distorted in its reading has influenced ecclesiology for almost 100 years." That text was one of only two adopted at the First Vatican Council (1869-70), which was cut short when the Franco-Prussian War broke out, and it was by far the most controversial text of either Vatican I or Vatican II.

Pastor Aeternus dealt with the issues of papal primacy and papal infallibility, and Quinn's investigation helps dispel the ecclesiological distortions of which Buckley spoke. Both issues were put before the council because the historical circumstances warranted consideration of the role of the pope.

During the upheavals of the French Revolution and the Napoleonic era, the freedom of the church had been compromised, including the ability of popes to correspond with local churches. Pope Pius VI had died a prisoner of Napoleon and Pope Pius , after attempting to conciliate the upstart emperor, even traveling to Paris for the imperial coronation, nonetheless refused to cave to Napoleon's increasingly harsh demands for control of the church. Napoleon imprisoned him, too, but after the emperor's abdication, Pius returned to Rome a hero for having stood up to Napoleon.

Ultramontanism received an additional boost with the publication of Joseph de Maistre's book The Pope in 1819, which set forth a vision of a stable and secure society, rigidly hierarchical, in which throne and altar were united, and the pope was at the top of the heap. That vision appealed to many after the tumultuous years through which Europe had passed.

In addition to that recent history, the incumbent pope at the time of the First Vatican Council, Pius IX, was a man of enormous charm who was deeply loved by the bishops and the people. The mid-19th century was a time of increasing piety and religious fervor, and much of it looked to the pope for guidance and inspiration.

There was a group of Catholics, laymen and clerics, who argued for an ecclesiology in which the pope was akin to an absolute monarch, above and not a part of the body of bishops. They saw the infallibility of the church as conferrable on the pope himself, and not merely in extreme and rare circumstances, but in virtually every case. They held his infallibility to be personal to the man, absolute in its reach, and separate from any other ecclesial structures. And they wanted it made clear that the definition of infallibility was retroactive and extended to the Syllabus of Errors that Pius IX had promulgated in 1864. 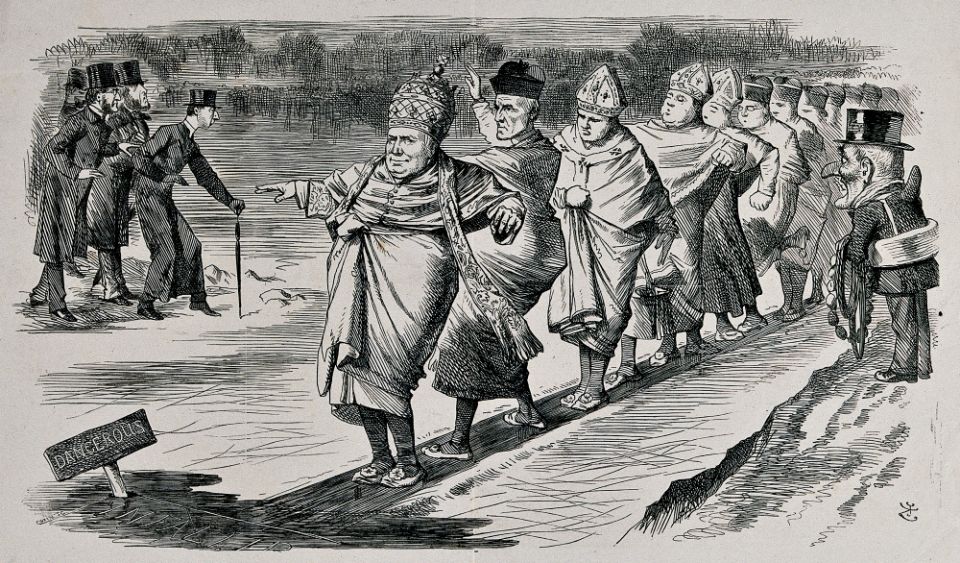 Cardinal Henry Manning of Westminster, England, and W.G. Ward of the Dublin Review were the two most prominent advocates of this "galloping infallibility" in the English-speaking world. But other Catholics, and many governments, feared the effect of declaring the syllabus, with its condemnation of modern democratic norms such as religious freedom, infallible.

By the time the Vatican Council met in December 1869, the majority of bishops supported a definition of infallibility, but a significant minority felt the definition was either inopportune or altogether wrong.

As Quinn explains, the minority was largely reconciled by the time the debates had concluded. The actual definition of infallibility left no doubt that it could not become an arbitrary instrument of papal power. 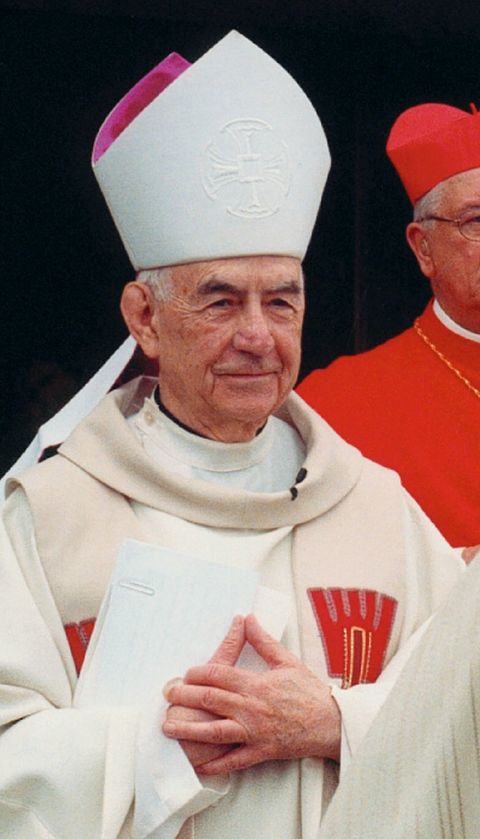 Quinn quotes from a book published by 19th-century Bishop Joseph Fessler of Sankt Pölten, Austria: The pope has the gift of infallibility "only as supreme teacher of truths necessary for salvation revealed by God, not as supreme priest, not as supreme legislator in matters of discipline, not as supreme judge in ecclesiastical questions, not in respect of any other questions over which his highest governing power in the Church may otherwise extend."

Papal infallibility is nothing more and nothing less than a way for the church's infallibility to be expressed in time of need, and in very rare circumstances, and exclusively when a question of faith or morals is at issue. Pius IX himself read and commended Fessler's book publicly, so there is no doubt its interpretation of the decree was accurate.

The minority at Vatican I may have succeeded in getting the actual wording of the decree modified and the scope of infallibility trimmed, but they did not really win the media battle. Manning and Ward acted as if the papal infallibility defined by the council was what they had begun with, a far-reaching, virtually limitless power, one that certainly extended to the syllabus. As late as the election of U.S. President John F. Kennedy in 1960, the popular imagination would see papal infallibility as more comprehensive, and dangerous, than it really is.

The chapter on the definition of papal primacy tills historical and doctrinal soil that is far less familiar than the discussion of infallibility. Again, Quinn shows that the council did not abrogate the constitution of the church: The pope is not apart from the episcopal college, but is its head, and his authority, though ordinary and not subject to appeal in the manner the conciliarists had advocated in earlier centuries, did not turn bishops into branch managers of Vatican Inc. They were and are successors of the apostles in their own right, charged with governance of the local church and, as a group and with the pope, the governance of the universal church. The to-and-fro of that debate was new to me and very interesting.

Quinn includes a chapter on John Henry Newman and Vatican I in which his bias for Newman is evident and justified. These issues called for careful minds, judicious hearts and faith-filled souls, and Newman possessed all three.

It is easy to see the consequences of Quinn's profound admiration for Newman: They are so much alike. Both demonstrated in their writings the importance of careful scholarship to the life of the church. Both were considered passé by the ecclesial culture but lived long enough to see their ideas and influence appreciated anew. Both were, first and last, churchmen who displayed in their lives a zeal that was utterly free from fanaticism or excess, but instead possessed of a realistic appraisal of human nature, warmed by a pastor's love.

Quinn's book is not long, but it is important. The complexity of the arguments is leavened by the vignettes that bring the principals to life, and the conclusion is vital: The principle of synodality survived Vatican I and a renewed appreciation for the complementarity of the two Vatican Councils is essential to a sound ecclesiology moving forward. What a great, and final, gift to the church he loved from a man who served her all his life.

'New Ultramontanists': Why do some Catholics fear change?

'Vatican I' examines pre-conciliar movements that threatened the church