Time is now for Democrats, Joe Biden to shape this narrative 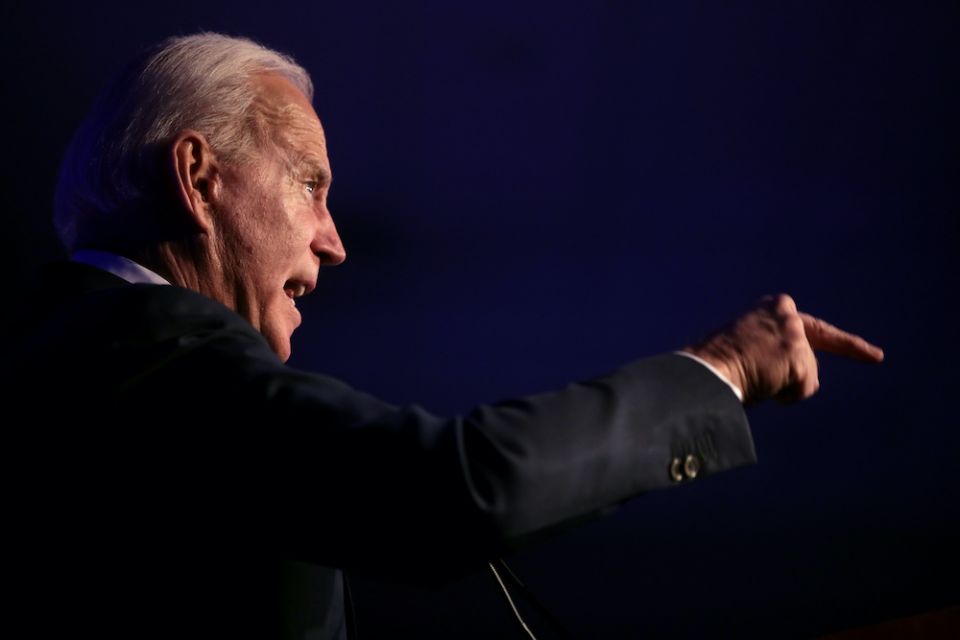 On Friday, I looked at some of the potential political consequences flowing from the COVID-19 crisis and, more importantly, from the failed response to that virus by President Donald Trump and his administration. I finished on a dark note and was thinking about how the current crisis is ripe for exploitation by an authoritarian Trump, but Michael Gerson at The Washington Post beat me to that punch. So, instead, let's turn our gaze to the Democrats and how they should navigate this radically altered political landscape.

We know now that the nominee of the party will be former Vice President Joe Biden. And we know something else: His essential human decency and almost tactile empathy, on full display in his victory speech after last Tuesday night's primary wins, are an exact counterpoint to Trump's narcissistic bombast. Suddenly, Biden's long experience in Washington, knowing how to exercise the levers of power, are an asset, not a liability, as the country is forced to recognize the price we have paid — and are paying — for conferring the vast powers of the presidency on a man who has nothing but contempt for career government officials and whose incompetent response to the coronavirus is costing lives.

Decency, competence and empathy are important qualities in a president, but they are not exhaustive. A successful president must be a successful politician and that requires an ability to articulate a vision of governance that appeals to a majority of the electorate. Trump, catching the populist wave that began in response to the bailouts of 2008-2009, rode it to victory in 2016. He understood better than any Republican before him that he could shift from dog whistles about race and gender to German shepherd whistles without paying a price but, instead, bringing longtime conservative Democrats into his camp. Thomas B. Edsall at The New York Times recently examined the coalition that supported Sen. Bernie Sanders in 2016, and why some of his supporters ended up voting for Trump. Rarely has an op-ed piece seemed at once so excruciatingly accurate and so deeply depressing.

It is up to Biden — and to all Democrats running for office this fall — to remind voters that the party has always believed government can be a force for good in people's lives, a belief that is not utterly self-evident. (I note in passing that Catholic social teaching has always seen government as a good thing per se, and it tells you much of what you need to know about conservative Catholic Republicans that they have become so sympathetic to libertarian ideas.) The old Reaganite trope about government being the problem, not the solution, rings hollow today when only the government stands between the populace and devastation.

Biden must go further than simply affirming a long-held belief, however. He must recognize, as Trump already has, that in times of crisis and fear, people want a scapegoat, someone to blame. Trump has already made it clear that China will be his boogeyman, and there is some justice, as well as a whole lot of hypocrisy, in his laying blame at the feet of the Chinese government. The response from the Democrats has been to accuse Trump of racism, but that accusation is irrelevant: It is like throwing mud at someone who is already covered in mud. It will merely blend in. No, as I discussed Friday, the Democrats need to keep an intense spotlight on the Trump administration's mishandling of this crisis for two long months. And, as a bonus, it won't hurt to demand, with great justice, the resignations of Senators Richard Burr and Kelly Loeffler both of whom reportedly sold off their stocks after a private briefing about the coronavirus in February, but did not bother to warn the rest of us. If any Democrat is found to have done the same, their resignation should also be demanded. 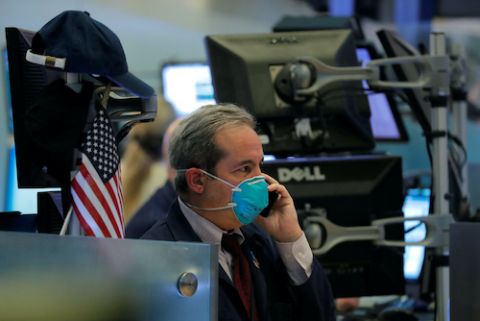 A trader in New York City wears a face mask on the floor of the New York Stock Exchange March 19. (CNS/Reuters/Lucas Jackson)

Biden should also remember that the Obama administration's failure to bail out people whose houses were being foreclosed as fulsomely as they bailed out the big banks on Wall Street was, along with the persistent racism and sexism of the culture, the proximate cause of Trump's political success, the gunpowder of populist rage that he ignited in 2016. Just as he did as a candidate, Trump sounds at times like he is running to the left of the Democrats. Biden can't let him get away with that. He should back Sen. Elizabeth Warren's call for certain requirements from any corporation that receives bailout dollars, most especially the banning of bonuses for executives receiving government relief — and for three years after that — and banning stock buybacks for good. If taxpayer money is going to be used to bail out large corporations, many of which do not pay any taxes, the government has every right to make such demands. Fool me once …

At the level of personnel, it might be a good idea if Biden brought back Jared Bernstein as one of his principal economic advisers. Bernstein is a senior fellow at the Center on Budget and Policy Priorities, arguably the finest progressive think tank in Washington, and he was Biden's principal economic adviser from 2009 to 2011. Had the administration then listened to Bernstein rather than to Team Wall Street, our nation might be in a much better political place than it is today. I am told Bernstein and Biden parted on good terms. Time to bring him back.

We all hope the virus is tamed and tamed soon. But the economic fallout could be with us for a long time. It is vital that the Democrats shape the terms of the election now and in the next couple of weeks. If Trump can shape the narrative — and his approval rating continues to tick up — it will be too late. In the best interests of the nation we love, and with as much decency as he can, Biden needs to go for Trump's political jugular now.

Column | Time is now for Democrats, Joe Biden to shape this narrative