Trump's NATO trip is a win for propaganda, not for diplomacy 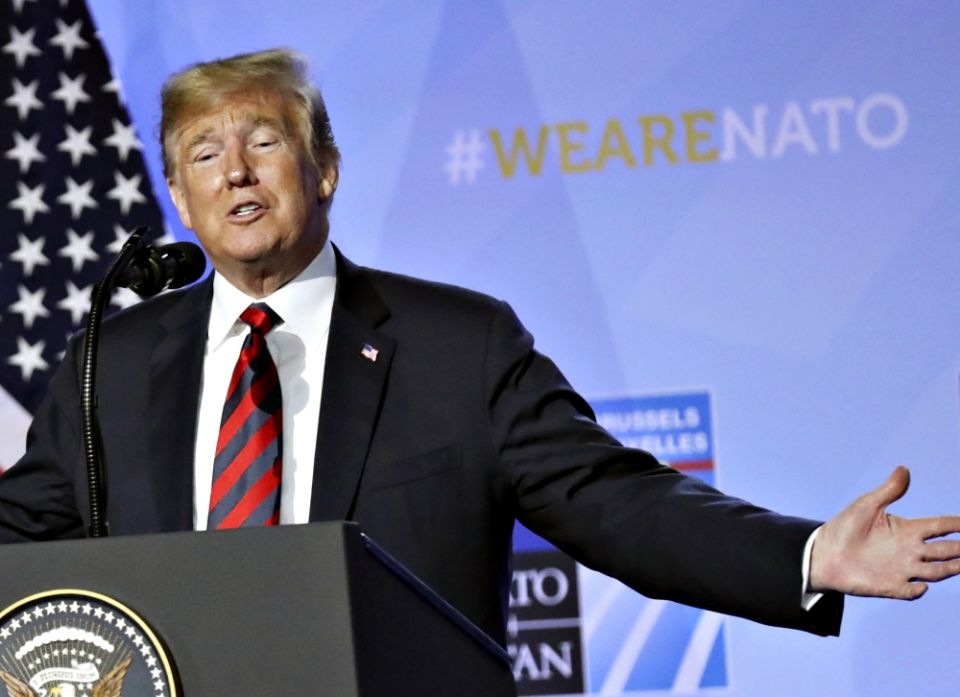 President Donald Trump is seen at a press conference during the NATO Summit in Brussels July 12. (CNS/EPA/Christiana Bruna)

President Donald Trump's trip to the NATO summit in Brussels, followed by a day in London and Windsor, illustrated on a grand scale both the president's political genius and his magnificent vacuity. One shudders to think what nightmares stalk a serious person, someone like Secretary of Defense James Mattis, on the Air Force One flight across the Atlantic.

The president arrived in Brussels with rhetorical guns blazing. First, he decided to take a shot at Germany, saying the stalwart U.S. ally was "controlled" by Russia, on account of the large amount of oil and gas it gets from Russia. He overstated the case: Real estate tycoons and reality TV stars overstate everything. And one is tempted to defer to the president's expertise on the subject of being controlled by Russia. Nonetheless, the attack on Germany was absurd and unhelpful.

Trump soon widened the opening on his oral cannon, and attacked NATO as a whole. He called the other members of the alliance "delinquent" in their contributions to the joint military budget, and demanded they increase those contributions immediately. He floated the idea that they double military spending to 4 percent of gross domestic product. Trump suggested there was a linkage between defense spending and trade policy, again overstating the linkage. He speculated that the summit with the allies would probably be tougher than his meeting today with Russian President Vladimir Putin.

Then, just before the end of the summit, the president threw another tantrum, diverting a conversation about Georgia and Ukraine into another discussion of defense spending. NATO diplomats reported themselves dumbfounded by the display. They compared the summit to getting whiplash.

The president's genius is that he knew his cheerleaders at Fox News and would not question his assertions. Fake news indeed. They would merely repeat his attacks on our allies and claim that his toughness caused the other members of NATO to spend more money on the alliance, and that this would help American workers.

In fact, there were no new pledges made by the allies, just reaffirmations of their prior commitments. But he kept the spotlight on him, he manufactured a controversy, then finished by saying all was fine, and not just fine but better because he had not played by the old rules but had made his own rules and forced the others to comply.

The camera seemed to support this narrative: The allies may have been frowning at Trump one moment and fawning over him the next, but at all times, all eyes were on him. In the strange world of Trump's moral and political calculations, this was a victory.

The problem is that the president has no way of assessing the cost to the alliance of these tantrums. To be clear, I do not think Germany is going to pull out of NATO tomorrow because of a Trump tantrum nor will Britain and France find themselves eyeing each other suspiciously as they did for centuries. No, the cost is a domestic charge, both in our country and in theirs, and it is paid over time.

In a democracy, part of leadership entails the education of the people, the demos, in the value of alliances with sister democracies, that such alliances are first and foremost about keeping the peace, but also, and relatedly, about advancing democratic values and respect for human rights. Leadership is about educating a new generation of Americans to know that our NATO alliance is worth the investment of time and treasure because, in the case of NATO, apart from the war within the former Yugoslavia in the 1990s, Europe has not been a battleground since 1945. This is an astonishing fact when you consider the three wars of German aggression in the previous century, two of which required U.S. intervention. Real political leadership takes its moral cue from the dead buried above the beaches of Normandy and at Monte Cassino and in the Ardennes.

The cost is especially obvious if you know enough about American history to recognize that one of our uglier recessive genes is isolationism. For all of our mistakes and misdeeds, the world has been better served by American commitment to liberal internationalism than by the balance of power politics characteristic of dynastic regimes and American isolationism. 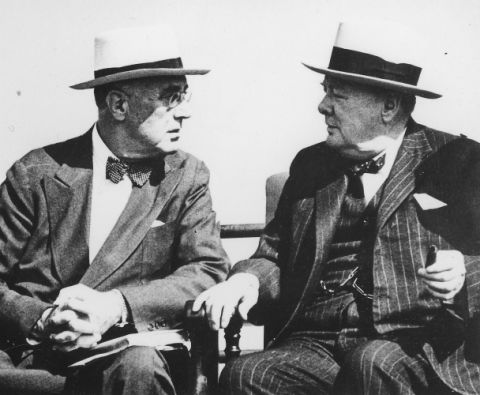 The president was feted Thursday night at Blenheim Palace, built for the first Duke of Marlborough and birthplace of Winston Churchill. Trump claims he is a fan of Churchill, but does he know how tirelessly Churchill worked to nurture his country's relationship with the United States? Has he read any of the more than 1,700 messages, some with the character of a state paper, exchanged between Churchill and Franklin Delano Roosevelt during World War II? Has he read the transcripts or even the less formal accounts of any of the nine meetings the two champions of democracy held during the war: three in Washington and two in Quebec, one each in Argentia, Casablanca, Teheran and Yalta? Does Trump know how committed to a united Europe Churchill was, both to NATO and to the European Union, a commitment that strengthened after World War II in the face of Russian aggression?

Alas, when it comes to history, of the nation or of the world, my St. Bernard Ambrose knows as much as our president does.

A generation of Americans is not only failing to learn the important lessons of the past; they are learning the cheap, crass, transactional capitalist outlook of the tycoon become would-be despot. Tonight, millions of Americans will tune into Fox News and be told of the president's triumphant meeting with Putin, just as last week they were told that Angela Merkel and Emmanuel Macron were moochers and that Trump's comments about Theresa May were designed to help her when they actually cut her off at the knees. This trip to Europe has not been a victory for diplomacy but it has its value to Trump's propaganda machine.

What, really, is the difference between the Fox News audience and the crowds in the Piazza Venezia circa 1935? Then, they cheered a bald man. Now, they cheer one with hair.

Column | Trump's NATO trip is a win for propaganda, not for diplomacy

In Eva Fleischner's essays, the Shoah speaks to us across the decades

From refugee to world leader, Madeleine Albright remembered in Washington