Where has the aspirational quality of American democracy gone? 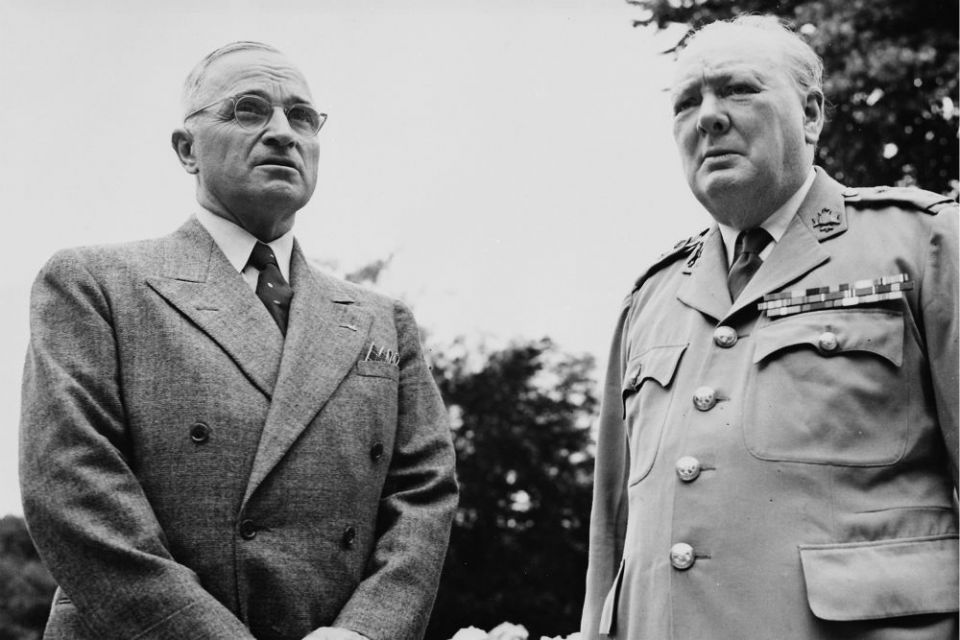 On March 5, 1946, Winston Churchill spoke at Westminster College in Fulton, Missouri, and delivered his now famous "Iron Curtain" speech. In fact, he had used the phrase before, but this speech, in the presence of President Harry S. Truman, is widely seen as the first articulation of the ideological stakes in what became the Cold War.

The next year, when Britain announced it needed to withdraw its troops from Greece, and fears arose that Communists, both inside and outside of Greece, would try to gain control of the government in Athens, Truman announced the foreign policy that bears his name. The Truman Doctrine held that the United States would give economic and military aid to any country threatened by authoritarian forces.

The next year, 1948, marked the beginning of the Berlin Airlift when the Western powers, most especially the United States, flew in supplies sufficient to sustain Berlin and its citizens after the communist government in Eastern Germany blockaded the city and prevented traffic along the roads through their territory to the outpost in the former capital city. The following year, the North Atlantic Treaty Organization (NATO) was formed, and the year after that, North Korea invaded South Korea, prompting a U.S. response.

The list could go on. From 1945 until 1989, the United States engaged in a Cold War with the Soviet Union. It was the principal aim of our foreign policy for more than four decades to contain the expansionist ambitions of the Soviet government. Their principal goal was to expand their empire and to beat back any reform efforts within their sphere of influence: tanks rolled into Budapest, Hungary, in 1956 and into Prague, Czechoslovakia, in 1968 and into Warsaw, Poland, in 1981.

Trillions of dollars were spent. Tens of thousands of lives were lost in the two principal "hot" wars of the era, in Korea and Vietnam. We made many, many mistakes during that time, with McCarthyism proving to be the ugliest domestic mistake of the Cold War, and our policy in Central America arguably our ugliest mistake abroad. We also achieved some significant goals, not least the fact that democracy remained vibrant, if sometimes compromised, in Western Europe and at home. At long last, the Iron Curtain was parted. The Berlin Wall came down. The peoples of Poland and the Czech Republic and the other satellite states were free to elect their own governments and make their own mistakes.

One of the debates in foreign policy circles during those years was whether or not Soviet ambitions were the result of their ideological commitments or a renewal of the territorial ambitions of the Tsarist regime. Whichever it was, there was no doubt that the United States needed to stand firm. And it did.

So, it is grimly ironic that 30 years after "we won" the Cold War, a new curtain has come down, this one made of political self-interest and not of iron. It does not, like its iron forbear, run from "Stettin in the Baltic to Trieste in the Adriatic." Instead, it runs down the center of the U.S. Senate chamber. On the far side, the dark side, Sen. "Moscow Mitch" McConnell and his colleagues have decided to let Russia achieve now what it could never achieve in all those long years of the Cold War: the hollowing out of American democracy. We all watched as every member of the Senate stood at their desk last Thursday and swore an oath, administered by the Chief Justice of the United States, that they would "do impartial justice according to the Constitution and the laws." The party of Christian fundamentalism swore that oath "so help you God." (See min. 17.)

The oath taking happened the day after Lev Parnas was interviewed by Rachel Maddow. He seemed very credible to me, especially when he pointed out that the leaders of Ukraine would have no reason to meet with him if he were not an errand boy for the president of the United States and his personal attorney Rudy Giuliani. Giuliani made his name fighting organized crime, but, if Parnas is to be believed, he operated among the Ukrainians like a mobster, spreading around money, letting everyone know he was doing the capo's business while trying to create a veneer of deniability for his chief, and mixing with unsavory characters engaged in unsavory work, like trying to destroy the reputation of a thoroughly reputable civil servant, Ambassador Marie Yovanovitch, because she was not willing to play ball with the corrupt enterprise that was afoot. It was a mark of Parnas' credibility that he said he put no stock in claims by a Donald Trump acolyte that he was surveilling the ambassador.

If you watch Fox News at night, you know that the president's Republican defenders claim his interventions in Ukraine were designed solely to help that country root out corruption, especially the corruption at a company that employed the son of former vice president Joe Biden. But, if the president of the United States wants to investigate corruption by a U.S citizen, doesn't he call in the FBI or CIA? I understand that the U.S. intelligence agencies cooperate with our foreign counterparts, but we never turn over the whole kielbasa to them, do we? Is there any evidence that Trump turned to CIA Director Gina Haspel? Or to FBI Director Christopher Wray? He appointed both of them, so he can't tar them as Obamaphiles. 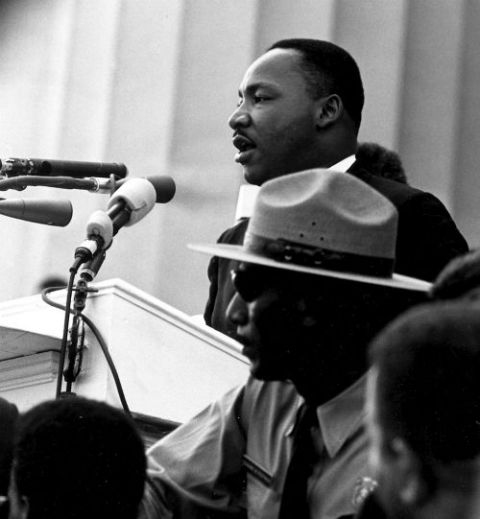 Dr. Martin Luther King Jr. giving his "I Have a Dream" speech during the March on Washington in Washington, D.C., Aug., 28, 1963 (National Archives and Records Administration/U.S. Information Agency, Press and Publications Service/Rowland Scherman)

No one knows whether or not the current autocrat of Russia is motivated more by the example of Peter the Great or of Joseph Stalin. But we can now see that he has met with successes they had never dreamed possible.

I confess I do not understand the thinking of Senate Republicans. Due to demographic and generational changes, they no doubt sense that their reign of power is coming to an end. The reason it is so important for them to stack the courts with young judges is to extend that reign another decade or two. But never in my wildest dreams did I imagine we would see such a lack of integrity and love of country as we are witnessing on the part of the Republican Party.

Today, the third Monday of January, we mark the anniversary of the birth of a great American, the Rev. Dr. Martin Luther King Jr. (b. Jan. 15, 1929). He did not fear a loss of power. Unlike the ceremonial arrests some protesters indulge in today, when King got arrested, he had good reason to think he would not emerge from jail alive. He had reason to fear that his achievements at desegregation in law and in the South would take a much longer time in the culture and in the North. Yet, re-reading his famous "I Have a Dream" speech just now, it is clear that his greatest fear, the one that motivated his political activism, and which brought him and thousands of others to the steps of the Lincoln Memorial that day, was the fear that America would not "one day … rise up, live out the true meaning of its creed: 'We hold these truths to be self-evident, that all men are created equal.' " King believed in what America should be because of what the founders had called it to be. He called upon the nation to be true to itself and its highest ideals.

Today, where is the aspirational quality of American democracy? It is not on the floor of the U.S. Senate, and it is not in the White House, that is for sure. But it is also not found very often among the leadership of the president's opponents either. The American left is, today, too busy casting anachronistic aspersions against the Founding Fathers to aspire to live out the true meaning of the creed they gave us. If we Americans do not, as King did, renew our faith in American democracy, we shall lose that democracy. And we shall deserve to lose it.

Column | Where has the aspirational quality of American democracy gone?