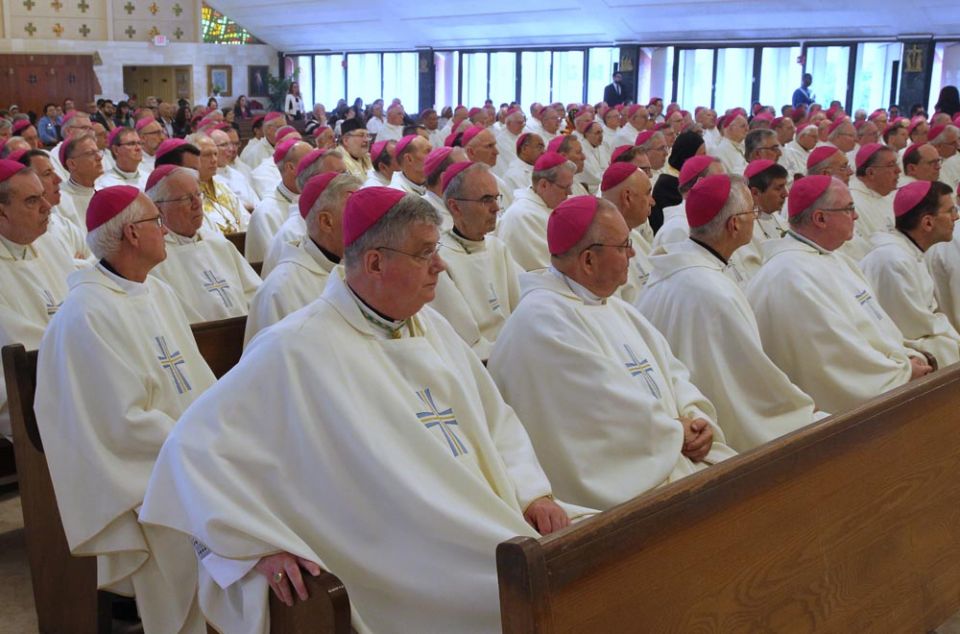 On the major issues of the day — immigration, climate change, racism, income inequality, to name a few — we are seeing extraordinary grassroots efforts to combat draconian federal policies that are the antithesis of the Beatitudes. In efforts like the renewed Poor People's Campaign, students against gun violence, and the Catholic Climate Covenant, we have seen individuals and small groups rise up to confront those who put profits above people and those who steer government budgets and agendas away from supporting the common good to supporting corporate interests and personal gain.

In the last year and half, we have seen more private citizens marching in the streets than at any time probably in the last 30 years, marching against racism and against violence in our schools, violence against women and violence against immigrants. We are seeing activists and ordinary citizens organizing for access to the ballot box, for budgets that ensure the most vulnerable among us have food, housing and health care, for a cleaner, more livable world, for a more just and more peaceful society.

These efforts engender hope. People of faith, including Catholics, have joined them. Local and decentralized efforts have increased the spiritual and moral energy of the faith community in ways we have not seen for a decade or more. The time is ripe to move these grassroots efforts to a new place in the national agenda. To do that will require firm moral leadership.

As Catholics, we look to our bishops for that kind of leadership. Our structures, traditions and our teachings point us to our bishops. If there ever was a time when the Catholic community of the United States needed firm moral leadership from its bishops, it is now. Will the bishops meet this challenge?

The meeting started well with conference president Cardinal Daniel DiNardo issuing a strongly worded statement "condemning the continued use of family separation at the U.S./Mexico border" and challenging the U.S. attorney general's decision to remove domestic violence as a legitimate legal justification for people seeking asylum in the United States. DiNardo called asylum "an instrument to preserve the right to life."

Strong words for a bishop and a good start. A stronger statement would have been the body's accepting by unanimous acclamation Newark, New Jersey, Cardinal Joe Tobin's suggestion to send a delegation of bishops to the border to "protest against this hardening of the American heart."

An even stronger statement would have been to adjourn their meeting and fly en masse to Brownsville and El Paso, Texas, and Nogales, Arizona,* and San Diego. Still, on the immigration issue, for the most part, the shepherds are walking among the flock.

The bishops stumbled, though, when they chose to let stand their quadrennial document on voting, "Forming Consciences for Faithful Citizenship." Choosing not to issue a new document is short-sided at least and could be tragic. Read carefully the words of Bishop Robert McElroy of San Diego. He sees clearly that this could be a time of metanoia, and the bishops are in danger of letting it pass.

The bishops talk of this document as being written in 2015, but in reality it was crafted in 2007 and with only very minor changes made since then. Think of all that has happened in this country since 2007. As McElroy says, the current document has nothing to say about present moments "that traumatize us as a country."

Think, too, of how the church's social doctrine has developed since then. Pope Benedict XVI's Caritas in Veritate, Francis' Evangelii Gaudium, "Laudato Si', on Care for Our Common Home" and, most recently, Gaudete et Exsultate are all magisterial documents that have developed Catholic social teaching, and none of them are referenced in the current document. Not bringing that teaching into the current American experience is an injustice to U.S. Catholics.

This group of bishops — with individual exceptions — seems loath to fully embrace Francis' social agenda, which besides addressing immigration, highlights climate change, poverty and nonviolence. As a body, they have done precious little to implement Laudato Si'. They pay only lip service to the critique of financial systems in Evangelii Gaudium and the just-released Oeconomicae et pecuniariae quaestiones. The process of drafting, debating and approving a "Faithful Citizenship" would force the bishops to confront these deficits and would go a long way to restoring their place as moral leaders.

Let's be clear here: We are not advocating for a revised and reissued "Faithful Citizenship." We want — we need — a wholly new document — not a partisan voters' guide, but a moral document addressing, in the words of McElroy, "primary issues of claim upon the conscience of believers in public policy."

In the 1980s, the U.S. bishops read the signs of the times and issued teaching documents on nuclear weapons and economics that shaped Catholic social thought and action for the better part of two decades. Given the times we are living in today, a new "Faithful Citizenship" could be a similarly groundbreaking document that could inspire the faithful to action. The people are crying out for that kind of moral leadership and will find it with or without the bishops, but having the bishops firmly on board would boost the cause.

Another biblical metaphor comes to mind: "If the bugle gives an indistinct sound, who will get ready for battle?" (1 Corinthians 14:8). The faithful are poised for action with their ears cocked for a clarion call. Will the bishops sound the horn?

*This article has been edited to correct the location of Nogales.