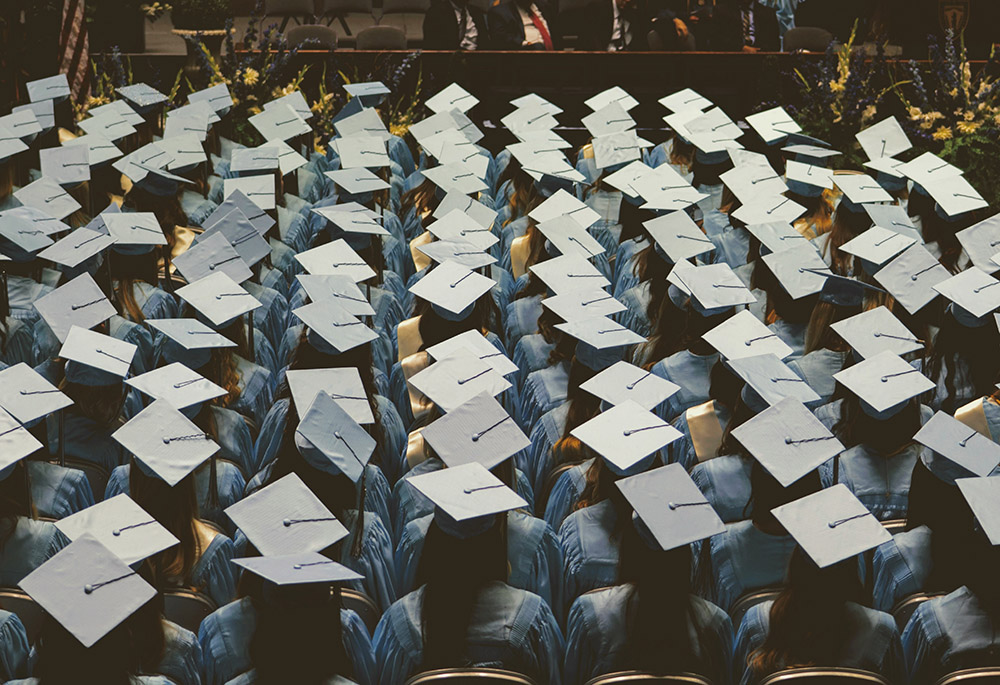 NCR presents this commentary by Milton Javier Bravo in English. The Spanish version is here.

I recently came back to Catholic higher education, after working for a Catholic nonprofit, to serve as the vice president for mission, values and inclusion at a Dominican Catholic college. This past weekend, I had the opportunity to meet several education leaders at the annual Association of Catholic Colleges and Universities conference entitled "Called Together."

Many of the conversations and some of the panel discussions reinforced an opinion I've had for some time, mainly that Catholic higher education continues to be ill-prepared at best, oblivious at worst, to the overwhelming demographic shift of the 21st century: the ongoing growth of the Hispanic/Latinx population in the United States.

By the midpoint of this century, two-thirds of the U.S. Catholic population will self-identify as Hispanic. Currently, the majority of Catholics ages 16 to 29 are Hispanic. And outside of the Catholic population, one in every four high school graduates is Hispanic, reaching closer to 30% of high school graduates by 2036. A new report from Pew Research on race and ethnicity saw a 50% increase of Hispanic population in 517 counties (out of 1,685), from 2010 to 2020, with the majority of counties located in states that have not been traditionally Hispanic population centers.

In addition, Hispanic/Latinx are intersectional identities, with Afro-Latinos, Asian-Latinos, Indigenous-Latinos, etc., in our communities. As of 2019, 80% of Latinos are U.S. citizens, including third, fourth and fifth generations present in all 50 states. Catholic higher education cannot afford not to respond to this growing reality across the country. 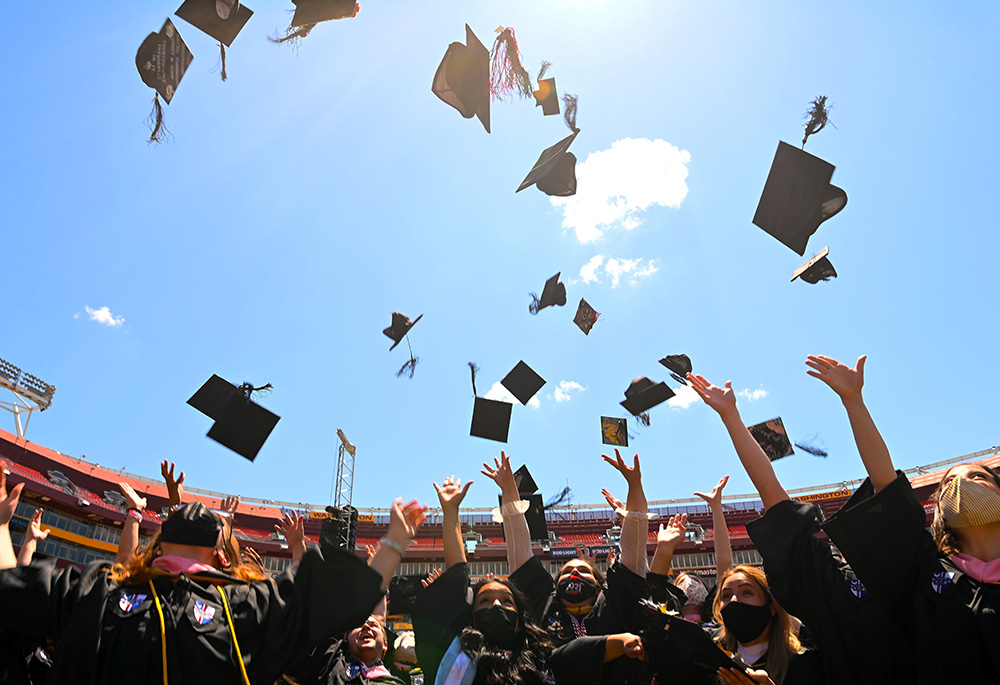 This new landscape of student populations is fostering a new higher education identity. The number of Hispanic Serving Institutions, or HSI, continues to rise across the United States, including within Catholic colleges and universities. To be classified as HSI, a college or university must enroll at least 25% Hispanic students, and half must be eligible for a federal Pell grant, which is for students with exceptional financial need.

An institution is identified as an emerging HSI if they enroll 15% to 24% Hispanic students. As of Fall 2020, out of 226 Catholic colleges and universities, 32 are HSI, and 36 are emerging HSI. These demographic shifts will continue to shape the student population enrolled in Catholic colleges and universities for decades to come, but the question remains will we respond and be intentional about welcoming, integrating and celebrating our growing Hispanic student population?

Responding to the ongoing transformation of current and emerging Hispanic/Latino populations by Catholic colleges and universities must be rooted in our Catholic identity and mission. One of the issues that arises, however, is the lack of theological and pastoral reflection on Catholic higher education identity outside of Ex Corde Ecclesiae, and the Land O'Lakes statement. Much of the public discourse on Catholic identity fails to include a multicultural, multiracial, panethnic people of God.

One recent publication by Gina Garcia, John DeCostanza and Jaqueline Romo may have provided the next seminal work on Catholic higher education identity. "Theorizing a Catholic Hispanic-Serving Institution (C-HSI) Identity through Latinx Theological Lenses of Lo Cotidiano and Traditioning" provides a new framework through which to discuss Catholic identity, centering the lives of our Hispanic students and ongoing theological tradition, rooted in the everyday lives of our students.

This is the level of theological, educational and pastoral reflection needed to respond to this moment, especially given an anti-Hispanic sentiment in this country, which reached a traumatic moment with la matanza, the August 2019 shooting in El Paso, Texas. Many community members and victims' families are still processing and carrying the pain of that day.

We see this anti-Hispanic sentiment not only in politics, but media, and the lack of representation in education among faculty and staff. Outside of a handful of priests and religious sisters, as far as I could tell, I was the only lay Latino mission officer holding a vice president position in mission and ministry in many of the conversations I had this past weekend. Responding to a diverse, multicultural, Hispanic student population will require a culturally responsive ministry and representation within the classroom and within the mission office at Catholic colleges and universities.

Most Catholic colleges and universities in this country were originally founded to serve the poor, the immigrant, the marginalized communities. This is part of the identity and the historical institutional charism of our schools. The question now remains, will we continue to passively allow the demographic shifts to shape higher education, or, will we meet this moment intentionally?

I hope to do my part to help my institution recall their founding and realign our mission and identity to serve a diverse student population, paying close attention to our growing Hispanic community in southern Wisconsin.

A version of this story appeared in the March 4-17, 2022 print issue under the headline: Is Catholic higher ed ready for growing Hispanic community?.