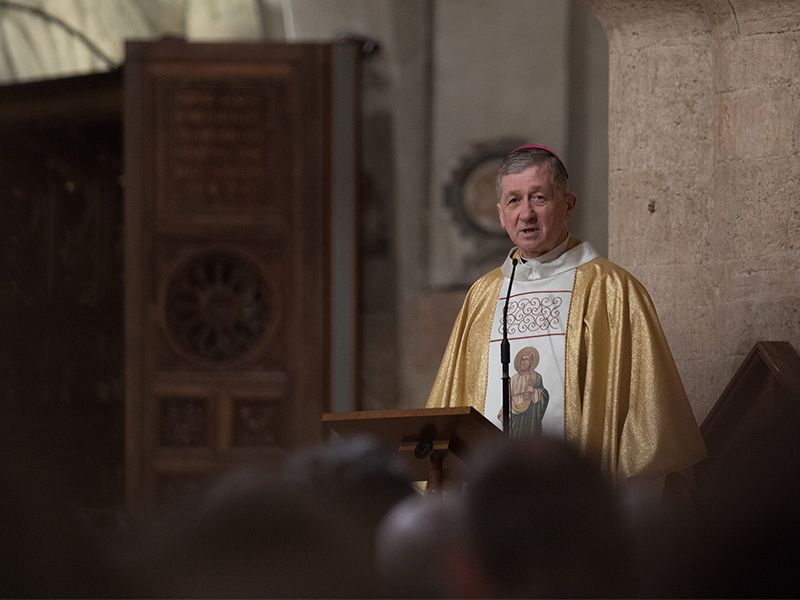 The first time he had an opportunity to reshape the Catholic hierarchy in the United States, Pope Francis turned to an obscure bishop in Spokane, Wash., and in 2014 made him archbishop of Chicago, the third-largest diocese in the country, with about 2.3 million Catholics.

Francis famously said that he was looking for shepherds who smell like their sheep, and he found that in Blase Cupich.

In a recent "Face to Faith" podcast interview with Cupich, we get a window into the mind of the man that Pope Francis made a cardinal in 2016. (Excerpts that follow have been edited for length and clarity.)

Like any good journalist, interviewer Bob Herguth attempted to get the cardinal on the record on controversial issues like how many parishes and schools was he going to close, what he thinks of President Trump and how was he going to deal with the Chicago political machine.

What comes across in the interviews is a calm, happy and open person who is not trying to impose his views on others but wants to listen and work with people of various views.

“I take time to be with people,” he said, “and I learn a lot.” This appears to come naturally to him. “I enjoy people,” he concluded. “I like what I do.”

When asked about parish closings, he said that the decisions were not going to be made simply on the basis of finances or personnel, although those would have to be part of the mix.

“For me, the real goal is how do we make vibrant and vital faith communities that are sustainable for the long run.” He wants people and parishes focused on the threefold task of “making disciples, building communities and inspiring witness so people live their faith in the world.”

But there is no prearranged plan; rather, he is asking the parishes to consider the situation and come up with a plan that he would have to approve. This may involve parishes cooperating in ways that they have not before. He is looking for new approaches, not simply preserving the status quo.

In talking about people who don’t go to church anymore, he was not condemnatory but acknowledged that people have “many more options with their free time. A lot of people are exhausted from having one or two jobs and caring for children.” He noted that participation in all volunteer organizations is down.

“At the same time, people do have faith issues. Do the communities that have been a part of their own family history continue to nourish them today?” He continued: “People are looking for a way in which their spiritual life can be deepened. They are finding it in some of our Catholic parishes and sometimes not in others, and that opens the door for them to go elsewhere.”

In response to a question about Trump, he diplomatically responded, “I like to talk about issues rather than people.”

With regard to local politicians, he wants to help people trust and talk to each other. “We see a polarization, not just here in Chicago, but nationwide among the population, not just politicians.” He wants to be an instrument for bringing people together. “I want to be a partner with business, labor, civic leaders, foundations, other churches so that we can work together. ... If I can talk to all of these people and have something in common, maybe I can get them to see that they also have something in common with each other when we come together.” 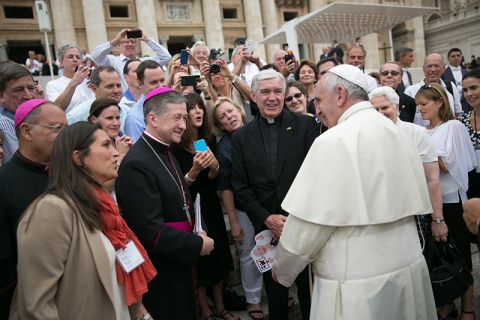 When asked about Springfield Bishop Thomas Paprocki’s decree banning funerals for those involved in gay marriage, Cupich said that was not the policy in Chicago.

What about Mafia funerals, asked Herguth. Cupich explained that funerals are not about honoring the deceased but about comforting the families of the departed. For a notorious person who has done great harm to the community, the proper response could be a simple, private ceremony that did not glorify his life. But “comforting those who mourn is an important work of the church,” he said.

When asked if he missed parish work, he described walking to work every day. “I don’t think a day goes by that somebody doesn’t stop me in the street and say hello, ask me to pray for them. I take time to talk to them,” he said. “So, while I don’t have a given parish with boundaries, I do have a parish in terms of the people that I meet through my own pastoral ministry.”

He spoke of a young woman he met the day before who was having trouble getting through her last year at Loyola University. He encouraged her, “The Lord’s grace has gotten you to this point; he is not going to abandon you now.” On the other hand, “Sometimes people just want a selfie, and that’s fine too.” 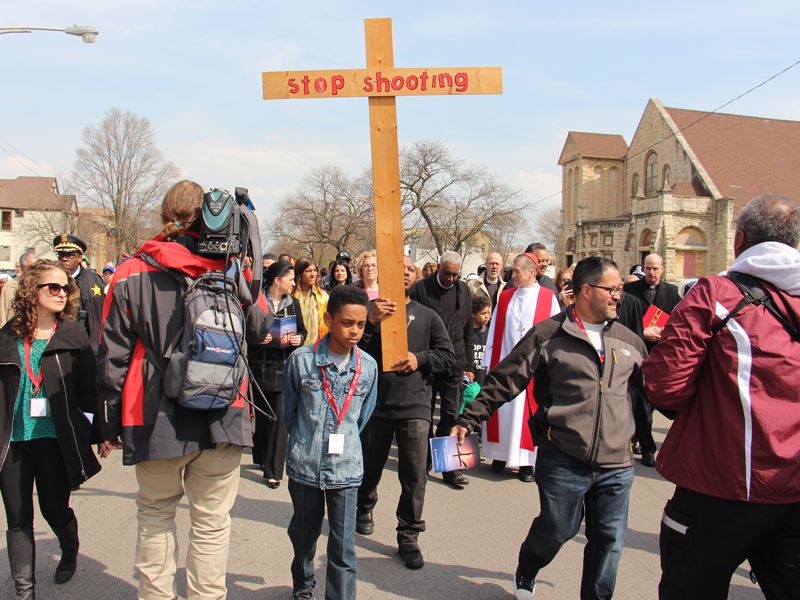 Cardinal Blase Cupich led the Good Friday Walk for Peace on April 14 through Chicago’s Englewood neighborhood, a community that has been scarred by gun violence. (RNS photo by Emily McFarlan Miller)

Cupich’s response to the last question was perhaps most revelatory. “What do you say to people who have doubts about the existence of God or whatever it is?”

Since he sees faith as a gift from God, “when people are struggling or feel they have no faith at all, I shouldn’t say, ‘Well, it is their fault.’” Rather, what he says to them is: “There is still a hunger in your life for more. There always is. Be in touch with that, and be the best person you can be.”

He went on to recall that “some of the greatest Christians I know are people who don’t actually have a faith system that they believe in, but in their activity, in the way they conduct themselves, there is a goodness there.” What he tries to do is encourage that. “How God allows that to mature with his own way, that is up to God. I learn from people who say they don’t believe and yet are very good people.”

Yes, this is a man who likes people and enjoys his work. 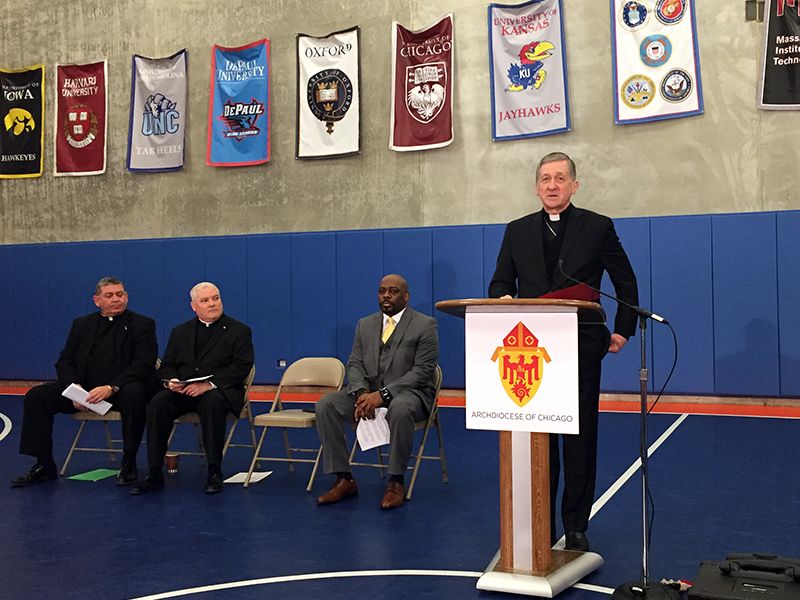 Cardinal Blase Cupich speaks at the announcement of an anti-violence initiative led by the Archdiocese of Chicago on April 4. (RNS photo by Tom Gallagher)

Printing industry veteran proud to be an American of Italian heritage