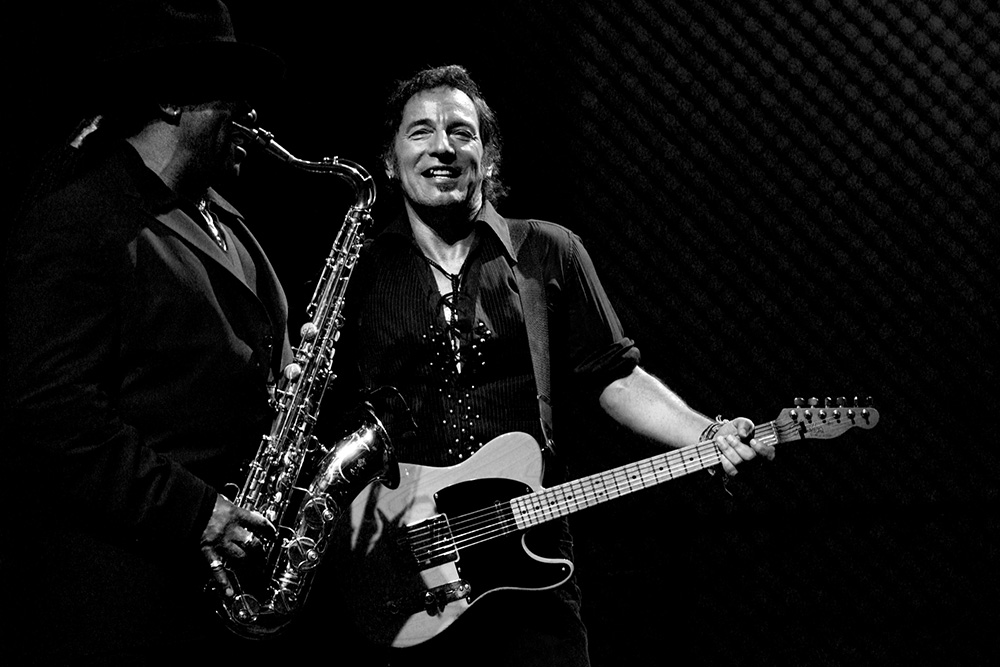 In the late afternoon of Sept. 11, 2001, Bruce Springsteen headed out to a coastal bridge near his home in New Jersey, where, on a clear day in the past, he could see the vertical lines of the Twin Towers. On this cataclysmic day, following the atrocities that appeared on his television screen that morning, he saw only "torrents of smoke lifted from the end of Manhattan Island," as he recalled in his 2016 memoir Born to Run. 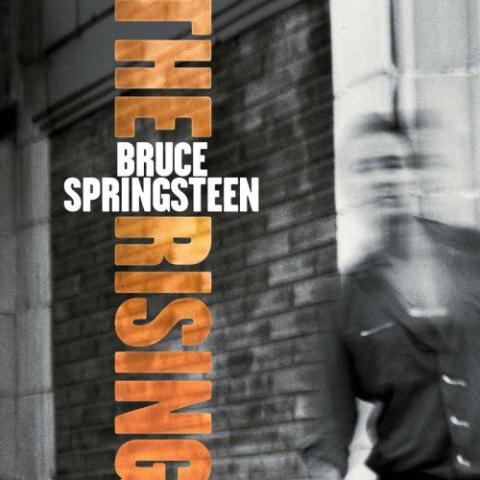 After sitting alone with his restless thoughts on a beach below the foot of the bridge, Springsteen started back to the parking lot. At that moment, a man drove by, with his window open, and yelled out — "Bruce, we need you."

The week after, Springsteen headlined a national telethon to raise money for the grieving families who lost loved ones when the towers fell on 9/11, and was inspired to begin recording his 12th studio album, "The Rising." With this 9/11-themed album, released in July 2002, the Boss was back: He was once again at the top of the charts, the band was rocking like it hadn't since the 1980s, and the music was mournful and uplifting at the same time. The driver who called upon Springsteen at the beach, and seemingly every other fan, got the Bruce they needed.

I have to confess that I wasn't looking for this Bruce, during the long aftershocks of 9/11.

As a born-and-bred New Yorker who could see the original World Trade Center from rooftops in my Brooklyn neighborhood, I did my share of grieving, and then some. I had a raft of feelings, mostly raw, ambiguous, not altogether lucid — and not quite expressed in the triumphal stadium rock that Springsteen delivered on this album, so bracingly and, yes, beautifully.

If I needed Bruce at that time, it would have been the Springsteen of the 1990s — experimental and introspective, often stripped down to him and his acoustic guitar. I might have been looking for more of "The Ghost of Tom Joad," his previous album (1995), which took an outsider's perspective, searching for the roots of American music and our foibles and failures as a nation.

Looking back, though, I feel that Springsteen made the right moves on "The Rising," more or less. He chose not to hitch the album entirely to the events of Sept. 11 or to a particular mood, and I probably wouldn't still be going back to these tracks two decades later if he had chosen differently. The album may lack a notable element of self-examination — a larger space for contemplating the evil that resides within as well as outside our borders — but it steers clear of jingoism.

And, more to the point, "The Rising" explores inexhaustible themes of love, loss, faith, hope and renewal, replete with the big, Bruce sound (courtesy of his reunion a few years earlier with the iconic E Street Band).

The title track is one of the rockers on the album, featuring a wall of electric guitar sound. The lyrics, about heroism and sacrifice, draw on the deep well of Springsteen's Catholic upbringing and religious imagination. Springsteen sings from the viewpoint of a firefighter, who left the station that morning with the bells ringing, "wearin' the cross of my calling." He is climbing up stairways, and gradually it becomes clear that the ascension is beyond the towers, into another world.

The chorus kicks in, with Springsteen joined by backup singers: "Come on up for the rising / Come on up, lay your hands in mine."

Spirits above and behind me
Faces gone, black eyes burnin' bright
May their precious blood bind me
Lord as I stand before your fiery light

Springsteen continues in the third verse — gesturing toward the imagery of Mary Magdalene, encountering the risen Christ — "I see you Mary in the garden / In the garden of a thousand sighs." In Born to Run, Springsteen writes that the song was intended to evoke a "secular stations of the cross," together with a sense that death and sorrow open "a window of possibility for the living."

Several of the 15 tracks are unmistakably about 9/11, among them "Empty Sky," a mid-tempo lamentation for the Manhattan skyline and the bleak horror of those days and weeks.

"Worlds Apart" features the music of Pakistani artist Asif Ali Khan and his group, known for their playing of the Sufi devotional music, qawwali. Springsteen sings, "In this dry and troubled country your beauty remains / Down from the mountain road where the highway rolls to dark / 'Neath Allah's blessed rain we remain worlds apart" — seemingly suggesting an interfaith love that may not survive. I hear it as a plea for reconciliation between Islam and the West.

Springsteen wrote "My City of Ruins" before planes crashed into the towers — about the sad fortunes of his adopted hometown in New Jersey, Asbury Park (which have recently changed for the better). Against the backdrop of 9/11, the lilting, gospel-style song brings to mind the devastation in Lower Manhattan, while offering up a prayer for resurrection.

The album also has many decidedly upbeat notes, including the house-party song, "Mary's Place," which ushers in the exuberant saxophone of E Street's Clarence Clemons, heard on "Born to Run" (1975) and other Springsteen classics.

I wasn't exactly looking for this album at the time of the attacks 20 years ago, but let the record show that we've needed it at various turns since then.

Communities around the world have found a voice in "The Rising" album during times of trauma. "My City of Ruins" surfaced prominently in the wake of Hurricane Katrina, the earthquake in Christchurch, New Zealand, and other disasters. The ultimately rejuvenating title song (visualizing a "sky of fullness, sky of blessed life") provided the soundtrack for a video shown at the 2020 Democratic National Convention, which included a salute to heroes of the pandemic.

During a particularly unsettling moment of the post-election phase, the words popped into my head: "My city in ruins." The song was capturing a sense of loss that I felt — this time for our democracy and its institutions that suddenly seemed fragile to a degree I would never have imagined in the past.

But as things got straightened out with the election, and hope returned on the pandemic front, I found my way figuratively to the celebration at "Mary's Place," or at least to a place of consolation. With his music of struggle and resilience, on this album and others, Bruce helped me get there. 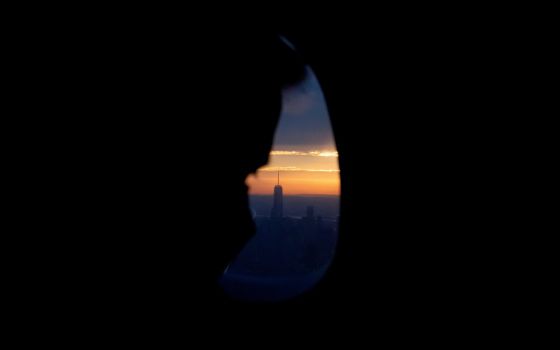 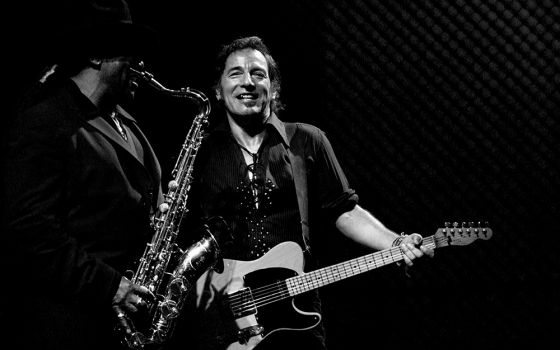 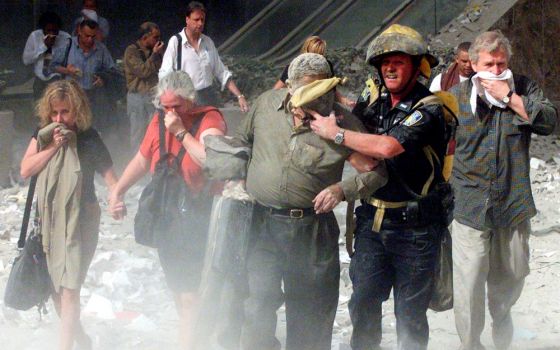 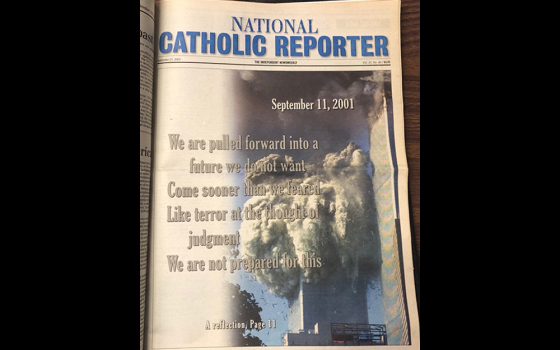