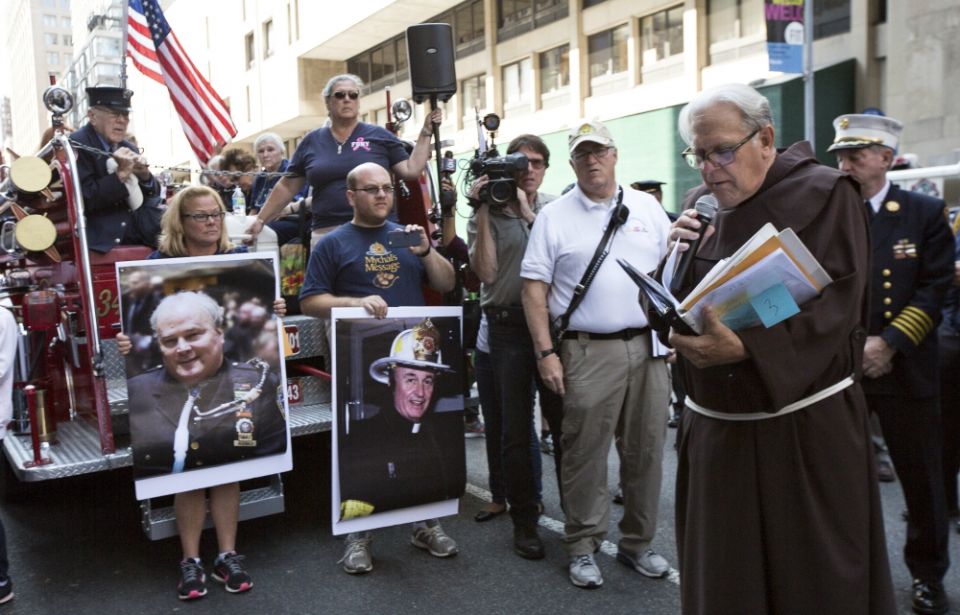 Slate's Ruth Graham published a well-researched piece last week on the early stages of the effort to canonize Franciscan Fr. Mychal Judge, the New York City Fire Department chaplain who was killed on 9/11 as he tended to the injured at the World Trade Center. As Graham noted, the image of Judge's being carried from the wreckage by firemen was immediately iconic, a modern pietà for the modern evil that is terrorism.

And as several of Graham's sources state, the manner of Judge's death certainly seems to fit the new category of those marked for canonization, the "offering of life" Pope Francis announced this summer. I hope Judge's cause prospers and that he will soon be "raised to the altar," as we used to describe a canonization.

Judge would be a candidate for canonization even if the manner of his death had not been so heroic. He was, by all accounts, a selfless priest. This article at Franciscan Media details some of the long list of pastoral blessings that he brought to his vocation — better to say, that the Holy Spirit brought to his vocation.

A recovering alcoholic, he ministered with great compassion to those who suffered from addiction. At a time when people with AIDS were often scorned, reduced to the status of modern lepers, Judge ministered lovingly to them. Despite the aspersions cast against Cardinal John O'Connor in the Slate article, O'Connor also ministered to AIDS patients every week, cleaning bedpans and placing balm on lesions.

But the Slate article focused on something else, suggesting that Judge might become "the first gay saint." I suspect in the long history of the church, and the fact that canonizations were for many centuries handled by local bishops, not the Vatican Curia, there were at least a few gay saints beforehand. Nonetheless, I think this focus on the fact that Judge was reportedly gay is problematic at several levels.

First, there is a practical concern. I don't think it is news to anyone that there are some in the Vatican Curia who will consider the fact that Judge was gay a negative factor in evaluating his cause, not a positive. And there are others who would be prepared to see the mere fact of his being gay as a matter of indifference to his cause, but who worry about the propaganda purposes to which his canonization would be put by people who have no love for the church or who deny the church's teaching on homosexuality.

This latter concern is not unwarranted. The group New Ways Ministry has been gathering information to support the cause. Sometimes activists fail to grasp the effect their actions will have.

Before the vote, an LGBT group known as the Rainbow Sash* movement "endorsed" Kicanas, and those supporting Dolan were quick to distribute that information. Immediately after the vote was taken, a shocked staffer emerged from the hotel ballroom and said, "That damned New Ways. I hope they are happy."

I think there was more to that election result than the Rainbow Sash*  endorsement, but it had the precise opposite effect of the one it intended. 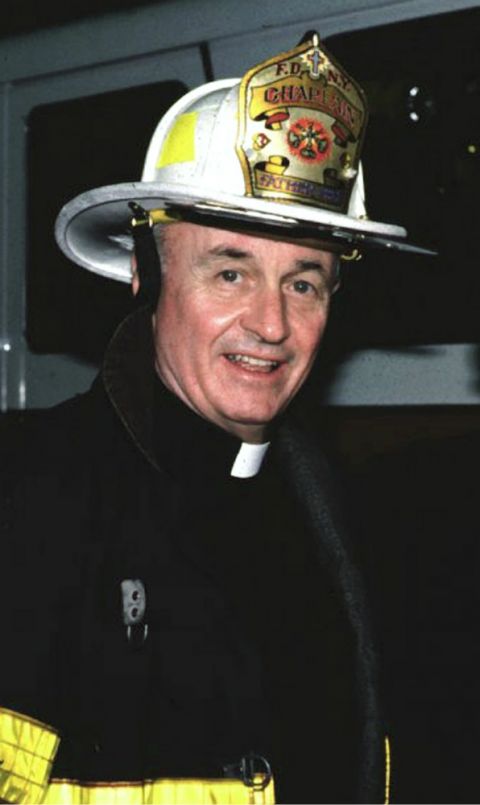 Another concern about the campaign to create the "first gay saint" has to do with Judge's privacy. According to the Slate article, Judge chose to disclose the fact he was gay to very, very few people. A Franciscan friend of mine who knew him for more than 30 years had no idea.

The decision whether to come out, and how and to whom, is surely one of the most personal decisions a man or woman can make. Yes, in the process of canonization, we learn a lot about the candidate: One recalls Mother Teresa's often-haunting letters in which she wrestled with her faith in ways some found surprising. But outing another person, even in death, is problematic. Who has the right to make that decision for another?

I add in passing that I fervently wish more people, gay and straight, chose to be as private as Judge was about his private life. A culture drunk on the Kardashians desperately needs to regain some sense of the private and the appropriate.

I hope that Judge will be officially proclaimed a saint someday. I am confident he is already bathed in the light of eternal glory with all the saints above. But I do not wish this or believe this because he was gay, but because he was a loving, joyful priest who brought the love and joy of Christ to so many and died bringing the consolation of Christ to those confronting the horrors of 9/11.

I worry that the effort to turn his heroic life into a campaign he did not choose to engage when he walked the earth could prevent this wonderful Christian servant from being raised to the altar. I hope my worry is misplaced.

Column | Focus on Mychal Judge as a 'gay saint' is problematic

Pope declares by decree three new saints for the Americas

So, what are 'deep-seated homosexual tendencies' anyway?