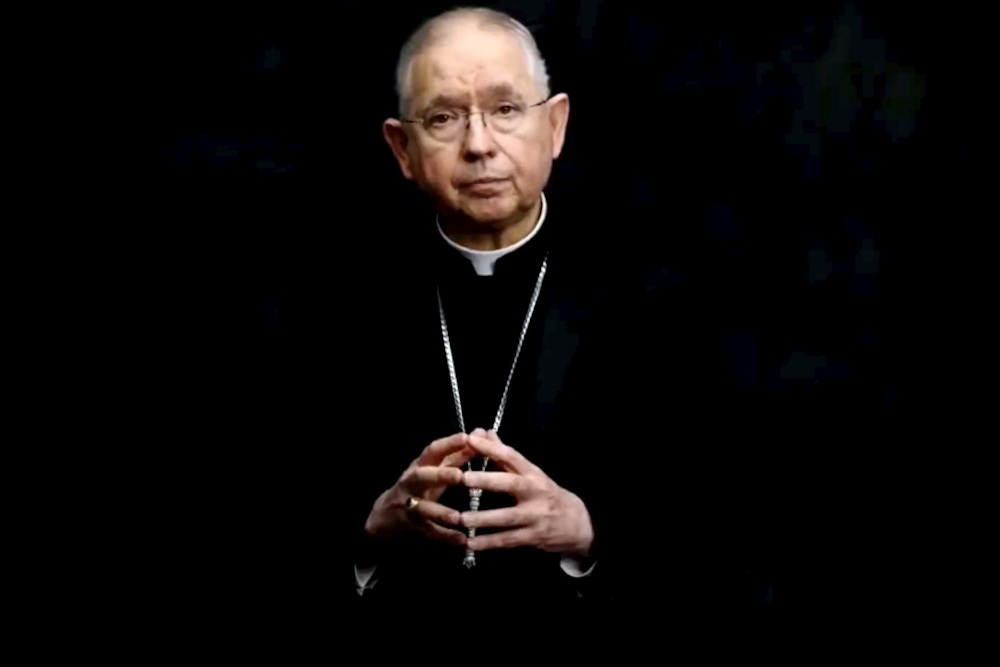 In a video speech to an international conference in Spain on Nov. 4, Archbishop José Gomez, president of the U.S. Conference of Catholic Bishops, attacked social justice movements, identity politics and intersectionality, as well as "wokeness" and "successor ideology," as "pseudo-religions."

"They provide people with an explanation for events and conditions in the world," the archbishop told the Congress of Catholics and Public Life, meeting in Madrid. "They offer a sense of meaning, a purpose for living, and the feeling of belonging to a community."

Abandoning the term "social justice" to those he considers enemies of religion is surprising, considering the long history of the church's social teaching. It should be equally surprising that Gomez didn't have anything negative to say about libertarian capitalism or rugged individualism, quintessential American heresies that have been critiqued by Catholic social teaching.

Gomez, on the other hand, believes "the best way for the Church to understand the new social justice movements is to understand them as pseudo-religions, and even replacements and rivals to traditional Christian beliefs."

Read this next: Black Catholics respond with dismay as Gomez calls protests 'pseudo-religions'

These pseudo-religions tell a story of humanity, Gomez said, in which "We cannot know where we came from, but we are aware that we have interests in common with those who share our skin color or our position in society."

He criticizes the adherents to these movements for thinking "We are also painfully aware that our group is suffering and alienated, through no fault of our own. The cause of our unhappiness is that we are victims of oppression by other groups in society. We are liberated and find redemption through our constant struggle against our oppressors, by waging a battle for political and cultural power in the name of creating a society of equity."

Although he makes a brief mention of George Floyd and racial and economic inequality, he quickly moves on to his critique of these new movements without saying anything positive about Black Live Matter. Black Catholic leaders, such as the Fr. Bryan Massingale, a Fordham University theologian, expressed " dismay and disbelief " at the speech.

Likewise, Tobias Winright of St. Louis University thought Gomez's remarks seemed at odds with the U.S. bishops' 2018 pastoral letter, " Open Wide Our Hearts," which encouraged openness and dialogue with others working against racism. That document said:

To work at ending racism, we need to engage the world and encounter others — to see, maybe for the first time, those who are on the peripheries of our own limited view. We must invite into dialogue those we ordinarily would not seek out. We must work to form relationships with those we might regularly try to avoid. This demands that we go beyond ourselves, opening our minds and hearts to value and respect the experiences of those who have been harmed by the evil of racism. Love also requires us to invite a change of heart in those who may be dismissive of other's experiences.

What we get from Gomez, however, is condemnation, not dialogue.

"Rather than picking fights with potential dialogue partners and allies for social justice," said Winright, "the truly serious threat posed by violent white nationalism should be addressed with more emphasis."

"Bishop Gomez's remarks," Winright worries, "lift rather than lower the bridge over the moat dividing U.S. Catholics and recent movements in the U.S. seeking to build 'a more perfect union' with true liberty and social justice for all."

Creighton University professor Daniel DiLeo, whose research showed that American bishops have not supported the pope's teaching on climate change, sees this speech as a sign of the wide gap separating the American bishops from the social teaching of Francis and earlier popes.

"This statement is a direct repudiation of the World Meeting of Popular Movements, which Pope Francis founded to encourage collaborative work for social justice between Catholic and secular organizations," said DiLeo. "These sentiments are inconsistent with so many magisterial documents that celebrate 'people of goodwill' who work alongside Catholics for social justice."

"Bishop Gomez's remarks lift rather than lower the bridge over the moat dividing U.S. Catholics and recent movements in the U.S. seeking to build 'a more perfect union' with true liberty and social justice for all."

Lisa Fullam, professor of moral theology at the Jesuit School of Theology of Santa Clara University, sees a fundamental theological error at the core of the speech.

While the archbishop believes that these social movements "deny the soul, the spiritual, transcendent dimension of human nature," Fullam said, Gomez seems to forget that "In Catholic tradition, the human person is a body-soul composite, an inextricable union of body and soul."

"But bodies are inevitably particular," she noted. "We are gendered, raced, affected by our environments, etc., in ways that inflect our souls and our spirituality as well as our bodies. To describe social justice movements that serve us in our particular incarnate reality as somehow contrary to the Gospel is simply benighted."

Gomez began his speech by blaming the secularization and de-Christianization of Europe and America on the elites "in charge in corporations, governments, universities, the media, and in the cultural and professional establishments."

While there is no doubt that some of these leaders are antagonistic toward Christianity, this conspiracy view of history leaves no room for the mistakes or sins of the church, which frequently were the cause of antagonism toward the church.

Thus, Gomez is guilty of the very attitude he puts in the mouths of others: "We are also painfully aware that our group is suffering and alienated, through no fault of our own. The cause of our unhappiness is that we are victims of oppression by other groups in society."