The church's treatment of LGBTQ people is killing its future

The first piece told the story of Alana Chen, a 24 year-old woman who died by suicide in early December 2019 in the Colorado wilderness. Just four months earlier, Alana, a deeply devout Catholic, had told The Denver Post about undergoing conversion therapy at the urging of two Catholic priests and the Sisters of Life, a traditionalist order of nuns. In the wake of her death, Alana's family has very publicly blamed the church for her suicide.

The second report, by NCR national correspondent Heidi Schlumpf, covered the story of two high school teachers who were forced to resign from Kennedy Catholic High School in Seattle after they became engaged to their same-sex partners. Hundreds of students staged walks-out from their classrooms and sit-ins in their hallways, while many of their parents and community members protested in front of the offices of the Seattle Archdiocese.

Both Alana and the students of Kennedy Catholic are emblematic of how much promise many young adults hold for the church and how senselessly the institution harms them and squanders their gifts in its entrenched need to protect homophobic doctrines that have little basis in lived reality. 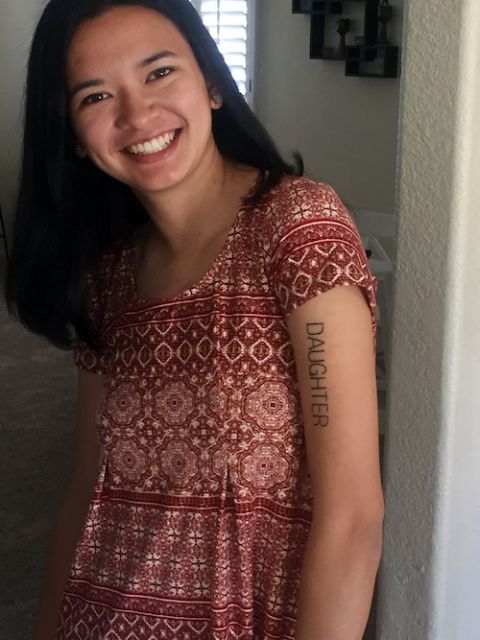 Alana Chen died in December 2019 in Colorado, at the age of 24. (RNS/Courtesy of the Chen family)

One of the reasons Alana's story hit me so hard was that I see so much of myself in her. Like Alana, I fell in love with the church at age 14. I spent an inordinate amount of time talking to priests and hanging around the parish. I devoted my Friday nights to Eucharistic adoration. I dedicated a lot of my time to serving and befriending the homeless in social action ministry.

Like Alana, I also realized in high school that I wasn't heterosexual. And I, too, have struggled with a lifetime battle with depression, including periods of suicidal ideation.

Alana came under the influence of a very conservative priest, Fr. David Nix, whom she came out to while in high school. She wrote in her journal that the priest ordered her to not reveal her sexual orientation to her family because they were too liberal and would be too loving and accepting.

In 2015, around the same time that Alana began college, Denver Archbishop Samuel Aquila brought in the Sisters of Life to offer counseling and spiritual direction to nearby colleges. According to a story in the Colorado Hometown Weekly, the sisters begged Alana's mother to allow her daughter to see a therapist who specialized in conversion therapy, a claim that the sisters now deny.

When her mother refused, Alana went forward with counseling at a Catholic Charities site with services that address "same-sex attraction, or what some people call homosexuality, gay, lesbian, LGBTQ, etc." The program was co-sponsored by Courage, a Catholic organization that encourages LGBTQ people to treat their sexuality like an addiction.

"She was told she could never have a relationship with a woman, and it was killing her," Alana's mother said in an interview.

Like Alana, I was blessed to have a supportive mother. Unlike her, I attended a Catholic high school with teachers who were formed by the ideals of Vatican II. They taught us first and foremost about the dignity of the human person, the primacy of individual conscience and the preferential option for the poor.

But for the grace of my Catholic high school and one religion teacher in particular, my story might have ended the way Alana's did.

When I began questioning my sexuality, my teachers offered me unwavering, non-judgmental encouragement. In fact, in my senior year when I wrote a play about a young man coming out as gay, our theater teacher insisted on producing it.

Looking back, it seems like a miracle that Holy Trinity, a diocesan high school on Long Island (a part of New York that is hardly a bastion of liberalism), could have been that progressive in the early 1990s. But those teachers understood and lived out what was best about the Catholic tradition. They made it possible for me to integrate my faith and my sexuality. They are the reason I got my master of divinity degree, served the church for years and have written this column for over a decade as an openly queer, feminist woman.

Looking at a photo of the kids at Kennedy High School staging a sit-in brought me back to my high school days. These students were using some of the greatest aspects of Catholicism — social justice and solidarity — to protest some of the worst things about the Catholic church: homophobia and discrimination.

New Ways Ministry reported that the forced resignations made LGBTQ students at Kennedy feel a loss of mentorship and representation. One student questioned whether or not he could return to school.

"It makes me feel really dirty," he said.

Alana's parents have said that the counseling she received made her feel so much guilt and anxiety that at one point she carved "defiled" into her arm.

Alana only longed to love a woman. The teachers at Kennedy only wanted to commit to the people they love. But they were faced with church leaders who stood defiantly in the way of love and could only teach shame.

My heart aches to think about what Alana's life might have been if these priests and nuns had shown her Catholicism's brilliant side, rather than its shadow side. What kinds of new life would she have breathed into the church and the people of God?

Though the Seattle Archdiocese will probably never tell them this, those Kennedy high schoolers are a gift to the church. With well-formed consciences, they raised their prophetic voices and took the risks our faith tells us we must take to stand with the marginalized. In a sad twist of irony, this experience will probably make them turn away from the church in the future.

They next time church leaders mournfully wonder why young people have no interest in the church, they need to be reminded of Alana and the teachers and students at Kennedy high school. If they truly want the church to have a future, they have to get on the right side of history and the right side of the Gospel.

Column | The church's treatment of LGBTQ people is killing its future

The dangers of sensationalizing Pope Francis on LGBTQ issues