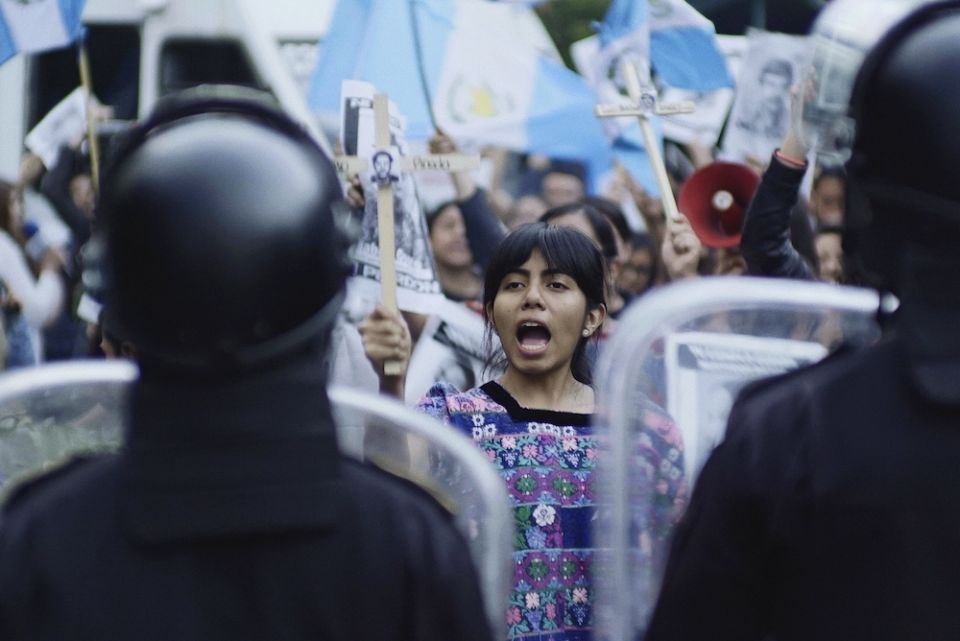 Scene from "La Llarona," about a retired military commander facing charges of genocide and wide-scale violations of human rights. (Courtesy of Brigade Publicity)

Where lies the horror? This is the question followers of the genre might ask as they view "La Llorona," the latest work of Guatemalan filmmaker Jayro Bustamante. After all, the legend of La Llorona, the wandering spirit of a weeping mother who, out of desperation, drowned her children, is an enduring horror figure in Central American folklore. Her modern incarnation also haunted the recent flick "The Curse of La Llorona" (directed by Michael Chaves), a spinoff from the hugely popular "The Conjuring" horror franchise.

In Bustamante's deliberately paced "La Llorona," the trope of the weeping spirit is repurposed to conjure something different. The film, which offers only calibrated doses of magic realism until the haunting first appears an hour and a half into the storyline, puts front and center a family crisis spawned by the high-profile trial of a controversial patriarch figure.

The man in the eye of the storm is Enrique Monteverde (Julio Diaz), a retired military commander facing charges of genocide and wide-scale violations of human rights. In the packed courtroom, the old general, with his gray mustache and furrowed face, stands out for his resemblance to Efraín Ríos Montt, the late Guatemalan dictator responsible for the systemic killing of 1,800 Indigenous people unjustly suspected of consorting with the communist insurgency.

The presence of a coterie of veiled Indigenous women in the courtroom poetically corroborates this parallel, bringing to memory Guatemala's Maya genocide trial held in March 2013. The historical referent involved the massacre of men, women and children, but there is a deeper focus on women in the film.

In a poignant courtroom scene, we see a close-up of an elderly Kaqchikel woman on the witness bench. She gives her austerely dignified testimony through a translucent blue veil finely embroidered with gold flowers — reminiscent of Marian symbols of the Divine Maternal — that visually authenticate her harrowing words: "We were raped … and then the killing began." The crowd erupts as a "guilty" verdict is meted out, only to find the decision overturned on appeal a few sequences later, igniting a sociopolitical maelstrom.

With his severe wife Carmen (effectively played by Margarita Kenéfic), his daughter Natalia (Sabrina de la Hoz) and his young granddaughter Sara (Ayla-Elea Hurtado), the general lives locked down in his gated villa. At the same time, enraged protesters constantly occupy the environs. The residents, tended by servants and staff, are hanging on to their mannered lives of privilege even as a gathering storm swirls around them.

The house is almost a character in itself, its rooms and halls shrouding its occupants in a chiaroscuro of damning secrets. In the pressurized claustrophobia of the Monteverde residence, the infirm and senile general hears the mysterious wailing of a woman, driving him to act in bizarre, unpredictable ways. 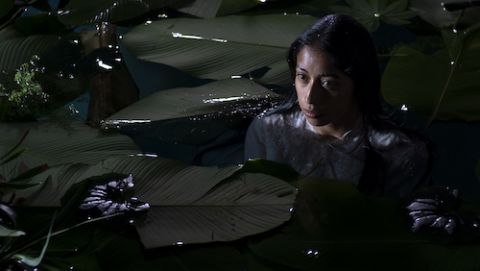 There is no shortage of meaningful symbolism in "La Llorona," which augurs well for Bustamante's mastery of cinematic language.

The enigmatic young woman Alma (played by María Mercedes Coroy, the protagonist in Bustamante's critically acclaimed 2015 film "Ixcanul") is a newly hired Kaqchikel maid. Resembling the haunted Sadako of the Japanese "The Ring" trilogy, Alma has long, black hair. In one scene, she brings a large frog into the house, foreshadowing the invasion of numerous frogs in a later scene. The connection with the story of Pharaoh and the plague of frogs found in Exodus 8:1-15 is apparent here, a portentous indictment of the general's guilt.

The continuing motif of water — a faucet is running suddenly, a flooded bathroom, immersions in the sink and the swimming pool — point to a distant crime scene, like smoke signaling a fire. Alma herself is an emblem, her large eyes like pools of water on a dark night, eerily reflecting the unspeakable. Then, there is the continuous sound of chanting, drumming and protest music that bombards the house on every side, quelling any semblance of peace.

It is not unusual for thoughtful horror films to serve as metaphors for the signs of the times. From the 1922 F.W. Murnau silent film "Nosferatu," which embodied the dystopian horror in the aftermath of World War I and the Spanish Flu pandemic; to the 1968 Roman Polanski classic "Rosemary's Baby," which mirrors the "God is dead" philosophy of the era; to Jordan Peele's "Get Out" (2017), a cinematic commentary on racism in the United States — horror films may serve a cathartic purpose when ordinary public discourse proves inadequate for ventilating complex, terrifying issues. 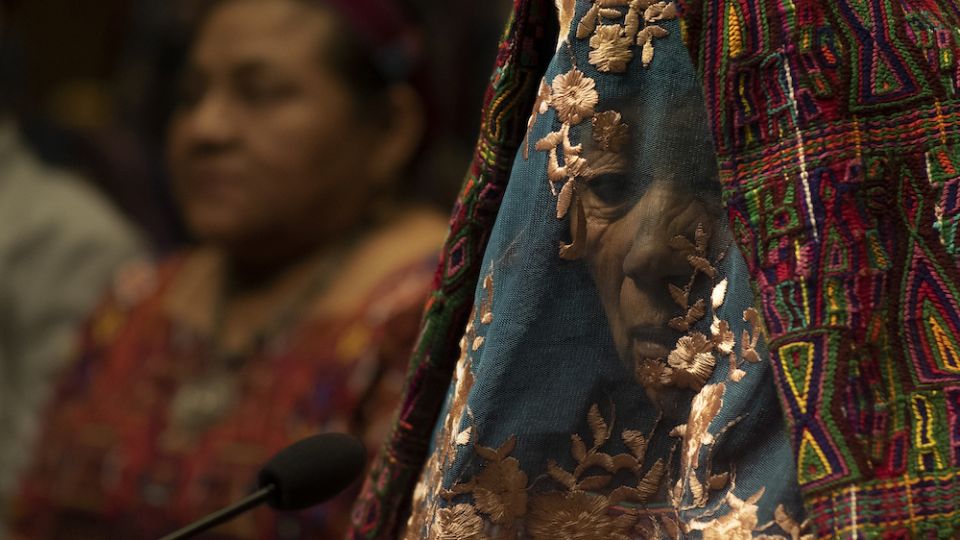 The presence of a coterie of veiled Indigenous women in the courtroom poetically corroborates this parallel, bringing to memory Guatemala's Maya genocide trial held in March 2013. (Courtesy of Brigade Publicity)

Bustamante does this in "La Llorona" with a confident flair, never over-explaining but deftly laying down the historical bridge through an understated layering of meaning.

Which brings us back to the question: Where lies the horror? One does not need to know the details of the historical Guatemalan genocide to understand that in "La Llorona," the horror is closer to home. In Bustamante's sophisticated storytelling, the real horror seethes and bubbles, be it ever so gradually, in the heart of darkness of a male monster-figure who is to blame for countless crimes against humanity, including the rape, silencing and liquidation of women.

Feminist scholar Phyllis Trible, in Texts of Terror: Literary-Feminist Readings of Biblical Narratives, chillingly appropriates as a feminist critical principle the oft-quoted biblical passage John 15:13, making it: "Lesser power has no woman than this, that her life is laid down by a man."

"La Llorona" is a powerful film and lament for the vanquished Indígena — children, men and, not the least, women.

"La Llorona" is available for video streaming from www.shudder.com and www.amcplus.com/. 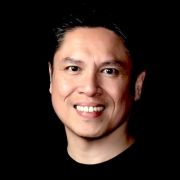 Precious Blood Br. Antonio D. Sison is associate professor of systematic theology at Catholic Theological Union in Chicago with a research interest in global audiovisual culture. He is the author of the upcoming book The Art of Indigenous Inculturation (Orbis Books, Spring 2021).

Opinion | In Guatemalan film 'La Llorona,' the horror is closer to home

Knights of Columbus, In Defense of Christians mount genocide petition

Environmental justice award winner: 'We have the right to live in a territory that for us is sacred'