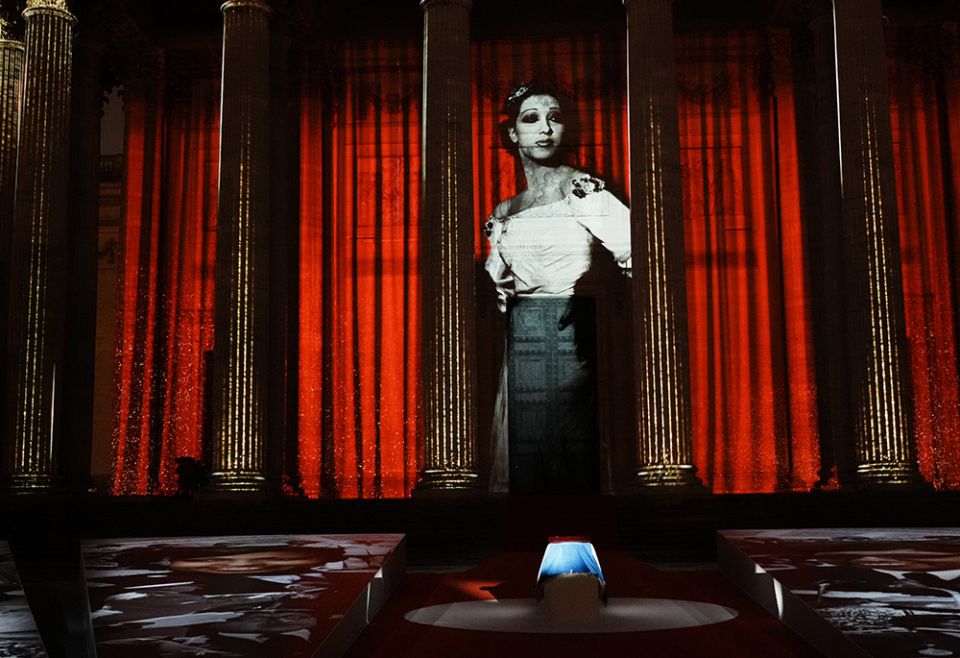 An image of U.S.-born entertainer, anti-Nazi spy and civil rights activist Josephine Baker is projected on the Pantheon monument during a ceremony Nov. 30, 2021, in Paris, France, where she was symbolically inducted, becoming the first Black woman to receive France's highest honor. (AP photo/Thibault Camus, pool)

Last November, Josephine Baker, a 20th-century civil rights activist and entertainer, was the first Black woman — and the first American — to be inducted into the French Pantheon. And while her life and work has not been honored in a similar way in the United States, Americans, especially Catholics, have a lot to learn from Baker. Today, nearly 50 years after her death, Josephine has a message for us as American Catholics: Her life asks us to examine the road we've taken and challenges us to consider where we want to go in the future.

Josephine's story begins in St. Louis, Missouri, where she was born in 1906. Her childhood was not a happy one. An unwanted child, she was abused by her mother, and by the time she was only 8 years old, she was cleaning houses to help earn money to support her family. The white women whose houses she cleaned often told her not to touch their babies with her black hands. One particularly cruel white woman intentionally burned Josephine's hands in scalding water. Then, when Josephine was 11, the East St. Louis race riots robbed her of the little security she had known. Whites killed 39 Black people and left thousands more homeless, including Josephine's family.

Despite the racism and cruelty she encountered, other forces were also at work in Josephine's life. As a child, she attended her first live-theater performance, and she was immediately drawn to what she saw on the stage. Just a few years later, as a young teenager, she moved to New York City and began performing with an all-Black dance troupe. After a few years, she drew the attention of a talent scout from Paris — and a new door opened in her life.

Josephine's career as an entertainer in Paris was an immediate success. But while the French people welcomed Josephine with open arms, the Catholic Church did not. It condemned her expressive body movements as sinful and degraded. "The old Catholic parties hounded me with a Christian hatred from station to station," Josephine wrote, "city to city, one stage to another." In some communities, churches held special services intended to persuade their parishioners to stay away from Josephine's performances. One Jesuit priest preached fiercely against the immorality of Josephine Baker, describing her as "the embodiment of decadence." The Jesuit father may have been disappointed to find that his condemnation actually turned out to be a good advertisement; many of those who heard his sermon decided to go see Josephine for themselves.

Josephine knew firsthand what racial hatred looks like, and so, when the Nazis invaded France in 1940, she refused to perform for them. She went even farther, though, and became an active supporter of the Resistance, putting her own life at risk as she hid Resistance members and undertook spy missions.

After the war, she spent the rest of her life fighting racism and promoting the cause of multiculturalism. In 1963, wearing her French Resistance uniform, she attended the March on Washington with Martin Luther King Jr. "When I was a child and they burned me out of my home," she told the crowd, "I was frightened and I ran away. Eventually I ran far away … to a place called France. … I must tell you, ladies and gentlemen, in that country I never feared. … I could go into any restaurant I wanted to, and I could drink water any place I wanted to, and I didn't have to go to a colored toilet either, and I have to tell you it was nice, and I got used to it, and I liked it, and I wasn't afraid anymore that someone would shout at me and say, 'N----r, go to the end of the line.' "

Josephine was also a private person who spoke seldom about her faith. We do know, from the stories her children tell, that prayer was always important to her. She put crosses in each of her children's bedrooms, and insisted they pray every night. "I believe in prayer," she said. "It's the best way we have to draw strength from heaven" (Alien Bodies: Representations of Modernity, 'Race' and Nation in Early Modern Dance, by Ramsay Burt, Page 59). In 1975, when Josephine died, she received a full Catholic burial, for she had converted to Catholicism a few years before her death.

The Greek term for conversion, metanoia, means to turn around, to be reoriented in how we live in our lives. As a Jesuit, I've always felt that the conversion of Ignatius of Loyola is one of the ultimate demonstrations of how God's love can transform the human life. It turned Ignatius from hedonism and selfishness to a life of service.

Although we sometimes like to think of conversion as a once-in-a-lifetime experience, it is actually an ongoing process. Ignatius' spiritual journey course-corrected not once but again and again throughout his life. Moments of spiritual learning continued on throughout his life, and each time, he had the humility to reorient himself, using Christ's love as his standard. Until the day he died, his life was a process of constant, deepening conversion as he came to understand that our lives are meant to continually lead to "the greater glory of God and the salvation of humanity."

I suspect Josephine Baker also experienced the spiritual path as a lifelong journey. Although her formal, external conversion did not occur until she was in her sixties, God had been at work in her life since the time she was a child. Unloved, forced to endure the cruelty of racism, yet she grew up with an inner freedom. "I did take the blows [of racism]," she said, "but I took them with my chin up, in dignity." Josephine had seen the evil of which human beings are capable, and yet she could say, "I so profoundly love and respect humanity."

As American Catholics confronting racism, figures like Josephine Baker can inspire us to continue our own conversion process. As Ignatius knew, the imagination can be a powerful tool in this lifelong journey, allowing us to see beyond the narrow horizons of our prejudices and assumptions. "The white imagination is sure something when it comes to Blacks," Josephine once said, referring to the way in which whites often imagine Blacks to be dangerous and evil.

Today, her life asks us as Catholics to imagine new ways of respecting all people — especially Black women.

As we remember Josephine's joyful physicality, her comfort moving her body across the stage, can we allow God to transform our misconceptions about the human body? Can we accept her challenge to fight racism wherever we find it, creating a world of justice for all? "Surely the day will come," said Josephine, "when color means nothing more than the skin tone, when religion is seen uniquely as a way to speak one's soul; … and all … are born free, when understanding breeds love."

May Josephine Baker's voice continue to call us to ever deeper conversion — and may this reorientation in our hearts and lives result in greater freedom and justice for all humanity, for the greater glory of God.

A version of this story appeared in the March 4-17, 2022 print issue under the headline: Josephine Baker: Activist's life asks Catholics to imagine new ways to respect all — especially Black women . 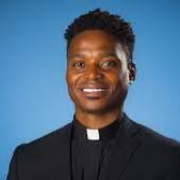 Patrick Saint-Jean is a Jesuit Regent, a member of the Jesuit Midwest Province.

Mother of Sorrows: how racial injustice paralyzes the imago Dei