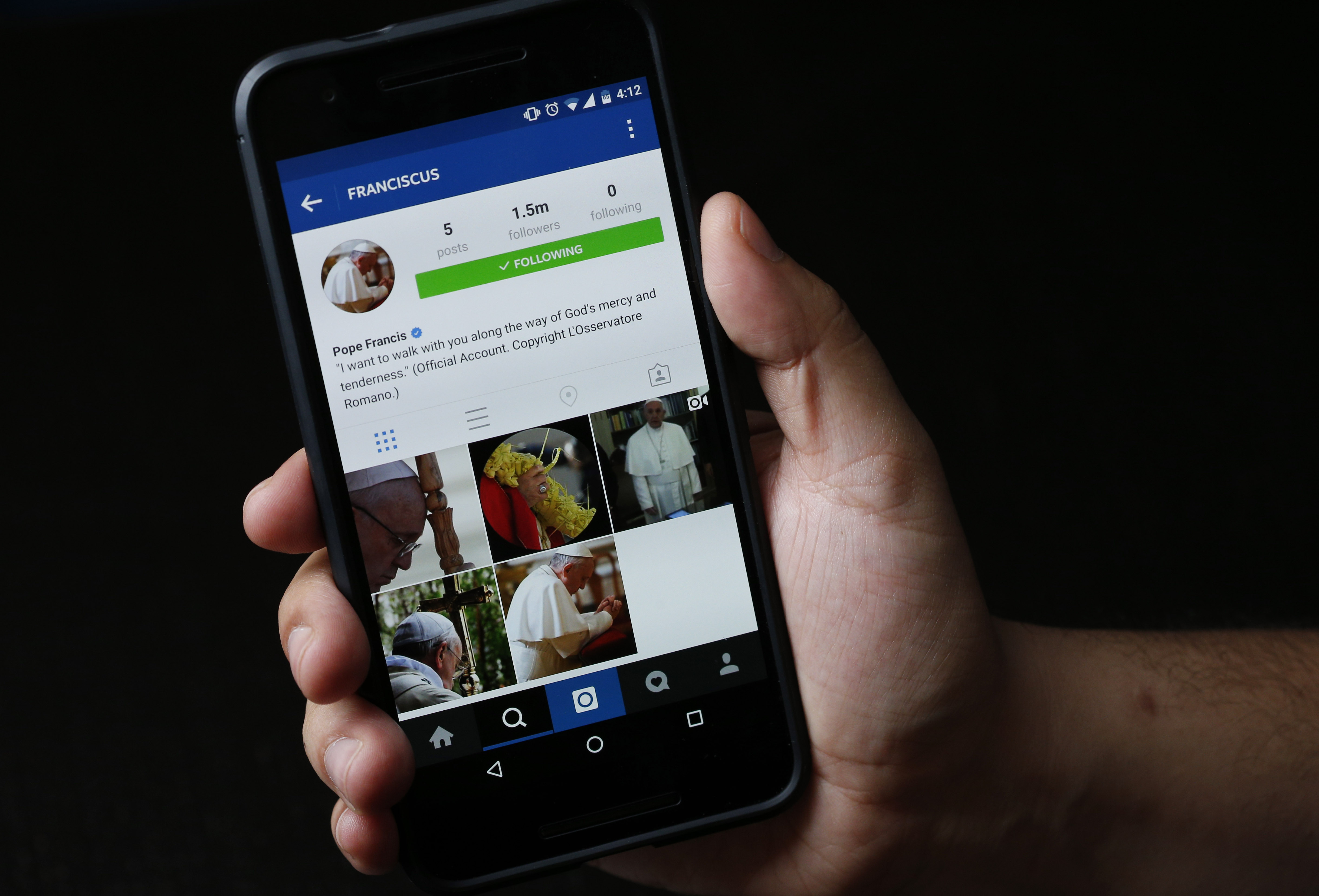 Christians too can be caught up in networks of verbal violence through the internet and the various forums of digital communication. Even in Catholic media, limits can be overstepped, defamation and slander can become commonplace, and all ethical standards and respect for the good name of others can be abandoned. The result is a dangerous dichotomy, since things can be said there that would be unacceptable in public discourse, and people look to compensate for their own discontent by lashing out at others. It is striking that at times, in claiming to uphold the other commandments, they completely ignore the eighth, which forbids bearing false witness or lying, and ruthlessly vilify others. Here we see how the unguarded tongue, set on fire by hell, sets all things ablaze (cf. Jas 3:6). — Gaudete et Exsultate, 115

Early Monday morning, April 9, a friend sent me a screen shot of the above.

The paragraph is from Pope Francis's long and lovely discourse on holiness, Gaudete et Exsultate. In this latest apostolic exhortation, the pope clearly and succinctly describes what is going on in the Catholic Twitterverse and blogosphere, on Facebook, Instagram and other self-propelled vehicles of words and pictures. Yes, there are people out there whose stock and trade is defamation and slander, who "bear false witness," who lie and who vilify others. They cross that line between civil discourse and defamation and are righteous about it.

Basically, they throw mud all over the place and call it "opinion."

OK, it is "opinion," after a fashion. But it is uninformed opinion based on false premises designed to damage another human being. Too often the unethical rants come from folks who claim to ascribe to Catholic teachings on the value of human life. Yet they disrespect people. Often, they disrespect the pope.

In any event, it is an embarrassing electronic reproduction of the medieval fist fights over theology of Eucharist. Blog comments and self-incorporated video feeds, none of which would get past the desk of any responsible editor, now float side-by-side with fake news and photos of Rex The Dog.

It's enough to make you turn off the computer.

We learn about so many happy things online — friend's birthdays and trips to the Bahamas — that we tend to forget the powers of social media. Of course, we can insulate ourselves against outright assault by not following or subscribing to offensive (and usually false) promoters of personal brands of Catholicism. But there is an undercurrent out there with a substantial following, and it is to these we owe the lionizing of papal critics convinced they know more than the pope.

Their wrangling over another of Pope Francis's apostolic exhortations, Amoris Laetitia, is a public embarrassment. Amoris Laetitia discusses the problem of folks in "irregular unions": footnote 329 reminds us the church offers a solution of mutual continence for couples whose situations cannot be rectified, yet recognizes that such can be a challenge to fidelity. In footnote 351 it recommends pastoral assistance and recourse to the sacraments in setting out a path for such couples.

The bottom line is that these folks are welcomed in the church and its pastors should help them out. In many cases, they are living second marriages in situations of "self-annulments" — their histories point to clear reasons for declarations of nullity, but their circumstances simply did not let them do the paperwork.

That is the message that should go out. Early in his papacy Pope Francis said a large number (even a majority?) of marriages could be annulled. Many things interfere with valid marriages: psychological problems and other inabilities to render free choices, refusal or hidden inability to have children, prior marriage, lack of intent to marry permanently, the list goes on.

Unfortunately, self-appointed non-experts have spread fake news — that the pope unilaterally approves communion for divorced, remarried couples — so much so that these critics create the confusion they complain about, and people are not bothering to seek church remedies. The anti-Francis forces spread their invective in nominally Catholic electronic spaces, often following the lead of one or another disgruntled cleric. With knowing winks and stern solemnity, they attack the pope and the papacy.

Church history has seen this pageant play out before. The pope is right: "people look to compensate for their own discontent by lashing out at others."

Somehow, to me at least, it all reverts belief in the Incarnation. Gaudete et Exultate was promulgated on the Feast of St. Joseph and released on the transferred feast of the Annunciation. The message: Christ is real and lives in each of us.

Now, that's real news. Why don't we spread that around?

A version of this story appeared in the May 4-17, 2018 print issue under the headline: Catholic fake news and its messengers.