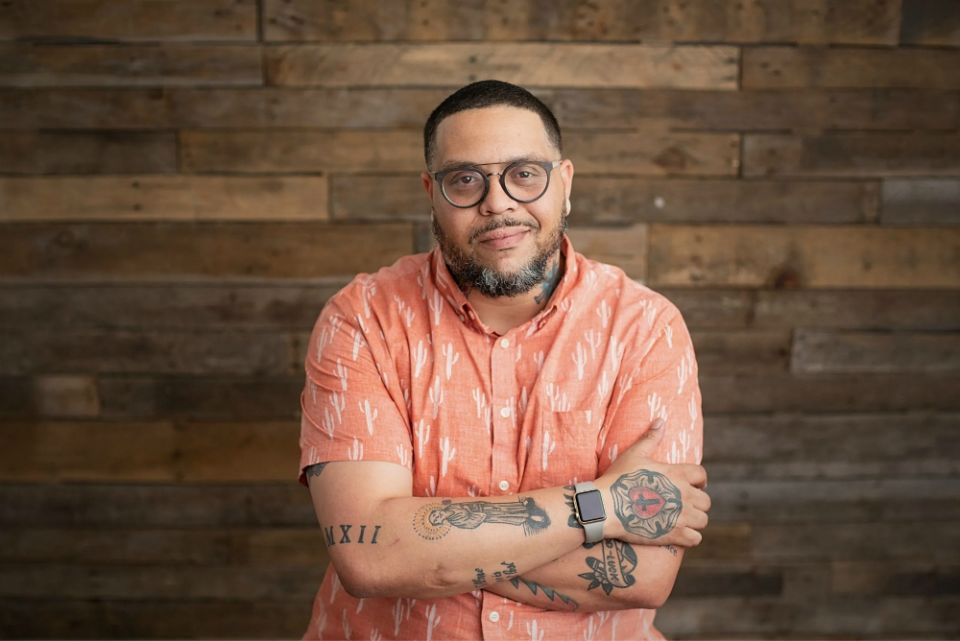 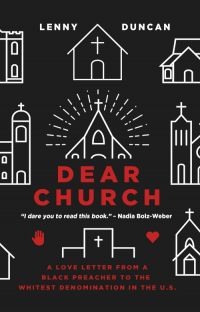 DEAR CHURCH: A LOVE LETTER FROM A BLACK PREACHER TO THE WHITEST DENOMINATION IN THE U.S.
By Lenny Duncan
138 pages; Fortress Press
$15.99

Lenny Duncan has written a declaration of love rooted in deep feelings of anger, frustration and disappointment to the church in which he serves as a pastor. His background is significantly different from that of many who have been called into a Christian church, and once there called to ordained ministry. "I'm a former drug dealer, sex worker, homeless queer teen, and felon." He is one who shunned organized religion only to find himself being called and welcomed not just to membership in the Evangelical Lutheran Church in America, the whitest church in the U.S., but to service as a minister to those both like and unlike himself. He is a black man.

His church, Jehu's Table in Brooklyn, New York, is named for a man of African descent who was ordained as a Lutheran minister only to have his church dissolved and its property seized by those in authority in the church who failed to support his unique effort to appeal to the impoverished blacks of Philadelphia before the end of slavery. His church, Duncan proclaims, practices grace, justice and inclusion, and this is what he calls all Lutherans to do as well.

The greatest failing that he sees with the Evangelical Lutheran Church in America, or ELCA, is its failure to diversify despite its many statements and documents calling for and affirming the need for and openness of the church to diversity within its ranks. The Evangelical Lutheran Church in America, founded in 1988 from the merger of three Lutheran churches, sees itself as a church that "confesses the Triune God — Father, Son, and Holy Spirit. We proclaim Jesus Christ as Lord and Savior. In our preaching and teaching the ELCA trusts the Gospel as the power of God for the salvation of all who believe."

For Duncan, the confession and teachings are not enough because they are not acted upon; they are not lived out in the hearts and minds of those who lead the church, let alone those who sit in the pews. The membership is dropping drastically, and this, he believes, is directly related to the lack of diversity and the lack of vitality in the church's preaching and practice. At the same time, dropping numbers should not be the focus.

His emphasis is on dismantling, destroying and burying white supremacy in this nation, its schools, pews and liturgies. As a church, as a Christian people, he asserts, this is our call in the 21st century. There is no way around it. For Duncan, Luke 4:16-21 is the foundational text for any and all Christian churches in today's world. The church's mission is to proclaim good news to the oppressed. It must actively lead if it is truly to be a viable witness for the future.

The witness he brings can be seen in some of the chapter headings. This is not a brief note but the manifesto of one who fears that if the Evangelical Lutheran Church in America and other Christian churches continue to focus only on the bad news of shrinking members, they will continue to ignore the needs and wants of society today, a society largely made up of those who hunger for God's love but are alienated from it by the harsh language and often cold and unwelcoming edifices that claim to proclaim the good news, that God is love.

Thus, he calls for the dismantling of white supremacy; alerts us to the rotting roots of Christianity; calls for the true Christian theology of repentance, reparations and reconciliation; boldly states that the church is queer and that toxic masculinity is killing us; and proclaims his ongoing love for his church while also calling for a revolution, one that recognizes and affirms that black lives matter, that proclaims not just "Me too" but "Church too." In this revolution, we are confessing the structures of patriarchy and worship of money as well as the "rape culture" within the Christian churches.

Revolutions are nothing new for the church, he asserts. After all, it was Jesus' efforts to bring the needs of the poor and marginalized of his time to the forefront that led to his death on a cross and changed the world. At a time in U.S. history when a distorted form of Christianity puts the wealthy and the white at the forefront and ignores and vilifies those of color, those who are poor, who are "other" (whether racially, ethnically, physically, mentally or sexually), it is time for all Christians to remember and act upon the affirmation that Jesus was a radical, a revolutionary and someone who was very aware of and resisted the politics of his time.

Duncan's love letter speaks not just to the Lutheran Church but to all Christian churches that continue to ignore the presence and needs of persons of color, the poor and marginalized and the LGBTQI+ communities (lesbian, gay, bisexual, transgender, questioning and/or queer and intersex). They are here right now in your churches, in your pews, ready to proclaim the love of Jesus for all and everyone. Stop worrying about declining numbers and instead address the needs of those who have been patiently waiting for too long a time to be welcomed home.

This story appeared in the Oct 4-17, 2019 print issue under the headline: Revolutionize the church, recognize it is queer .