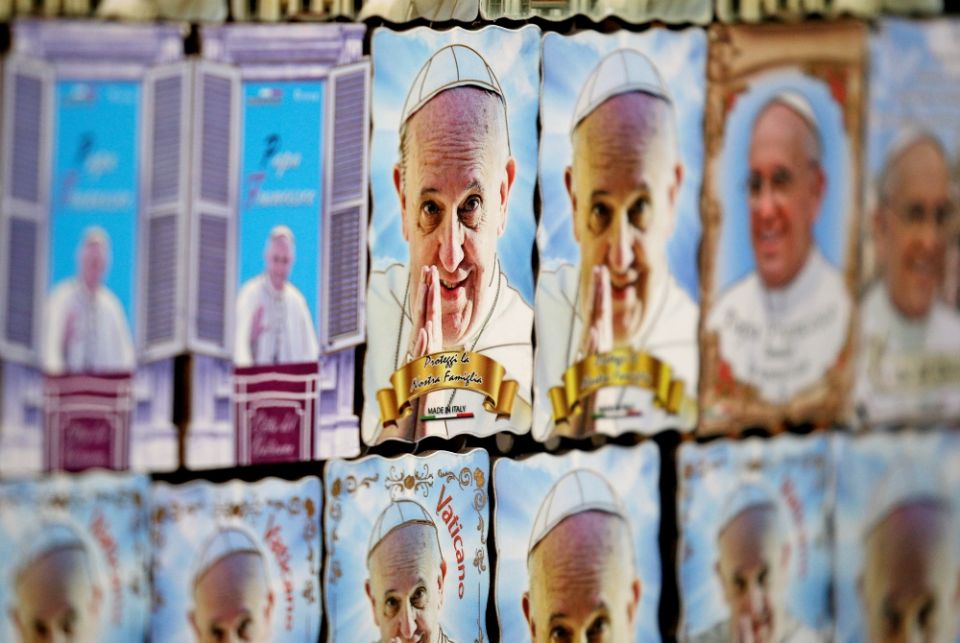 At Crux, John Allen has penned a most offensive piece comparing the leadership style of Pope Francis with that of Donald Trump. After noting Trump's desire to do end-runs around the formal channels, Allen writes: "Famously, Francis too tends to rely more on a network of friends and informal advisers in shaping his thinking about things than on the Vatican's formal structures."

But so did Pope John Paul II at times. John Paul didn't consult the Congregation for the Doctrine of the Faith when he pronounced hydration was always part of "basic health care" and then-Cardinal Joseph Ratzinger was hopping mad. I know this because Allen told me about it. I am guessing, too, that the promotion of then-Bishop John O'Connor into the archbishopric of New York was the result of machinations in the papal apartment, not in the Congregation for Bishops. And, Msgr. Lorenzo Albacete became president of the Pontifical Catholic University of Puerto Rico after a well-timed intervention by then-Bishop Angelo Scola at a cocktail party.

In The New York Times, an interesting article about the shifting content of the "American Dream" in which the author, Robert Shiller, states:

Mr. Trump and Ben Carson, the secretary of housing and urban development, have suggested it involves owning a beautiful home and a roaring business, but it wasn't always so. Instead, in the 1930s, it meant freedom, mutual respect and equality of opportunity. It had more to do with morality than material success.

Shiller overstates the case: Americans have long equated material success with moral probity. It is part of our Calvinistic inheritance. And, in a new survey by The Washington Post and the Kaiser Family Foundation, they still do. The survey indicates that 46 percent of Christians said that poverty is generally the result of a person's lack of effort, while only 29 percent of non-Christians agreed with that hateful proposition.

Dan Balz, the nation's best political analyst, looks ahead to the high stakes in the 2018 gubernatorial elections. Many of the governors elected next year will have a significant say in the redistricting that will take place after the 2020 census, so the stakes are high indeed.

Also in WaPo, David von Drehle pens a paragraph that every Democrat must read and everyone who worked on the Clinton campaign must write on the chalkboard 100 times:

Down deep, Trump surely knows he owes his presidency to Clinton. His vulnerabilities as a candidate were precisely the spots where Clinton was too weak to land a blow. The murkiness of his finances was offset by the shadiness of the Clinton Foundation. Her outrage at Trump's boorish behavior rang false given her infinite tolerance for her husband's. If Trump's first impulse was always to dodge the truth, well, where had we seen that before? Clinton had to collapse in public before she was willing to admit to a mild case of pneumonia. Her story about her emails had more holes than Trump National Golf Club. As for the empty slogans of his campaign ("Build that wall"), they were hardly less substantial than hers ("Stronger together"). His ignorance of policy and history demanded a campaign about nothing. She gave it to him.

All of Clinton's difficulties were on full display before the campaign began. She should not have run but, having decided to do so, the party leaders needed to recruit others to challenge her and, instead not wanting to run afoul of the Clinton money juggernaut, they went along.

How bad is the Trump White House? Ex-con Dinesh D'Souza, forced to resign as president of evangelical King's College after he was caught cheating on his wife, was there to meet and take selfies with Steve Bannon. D'Souza was one of the early entrepreneurs of Christian right alliance of conservative Catholics and evangelicals and, despite the protests, of course they have juice in this White House. D'Souza's second wedding was presided over by Rafael Cruz, father of Sen. Ted Cruz.

More evidence? Stephen Miller is not stupid, but he sure doesn't know the ugly history of accusing people of being "cosmopolitan" and, in that line of work, it is not expecting too much for him to know that history. Politico has the story.

The fact-checkers at AP demonstrate the faulty claims upon which the Trump immigration plan is based.