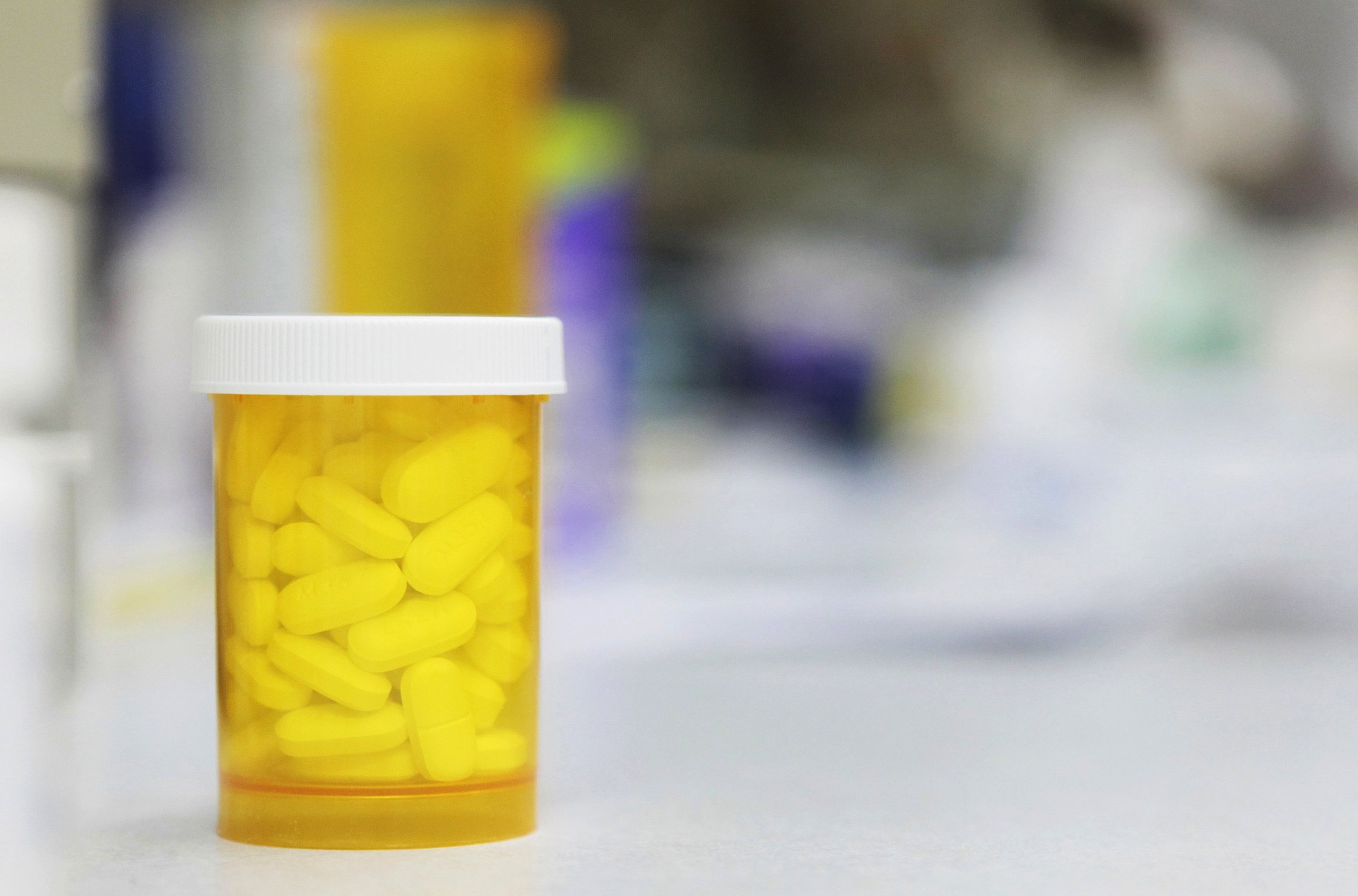 A bottle of prescription medication sits on a counter at a pharmacy in New York in this 2009 file photo. (CNS/Reuters/Lucas Jackson)

At Politico, last week's framework on the Build Back Better plan did not mention allowing Medicare to negotiate with drug companies for lower prices, but there are rearguard efforts to get it included. You will have seen the fear-mongering ads Big Pharma is running; they are everywhere. But that fear would evaporate the second seniors got lower prescription drug bills. This is not about policy. It is about campaign contributions.

Just when you think the Catholic right and its principal mouthpiece EWTN can't get any kookier, the EWTN-owned National Catholic Register publishes an article that is so outrageous, it is hard to get your head around it. Edward Pentin warns about the Vatican's "uncritical support for COP26." Anyone who claims to be pro-life but dismisses the moral urgency of confronting climate change precisely because of the horrific threat it poses to human life is either deranged or so ideologically deluded as to warrant pity but not publication.

Relatedly, at The New York Times, an interactive feature that shows how countries are failing to meet their pledges to reduce carbon emissions and, also, how even the pledges fall short of what scientists predict would be needed to avoid the 1.5 Celsius increase in temperature after which the problems become potentially irreversible. As NCR's editors argued last week, pledges are ephemeral. It is more important to know what will be done in the next year than in the next decade, or else that tic in human nature that is paralyzed, instead of galvanized, by a looming crisis will have doomed us all.

Mark Zuckerberg has decided to rebrand Facebook and offered the name "Meta," as in "metaverse." Inc. has the story. I am not entirely averse to this idea with one condition. Anyone who is even going to use the word "metaverse" must have taken a college-level course in metaphysics and anyone centering a company around the concept should be made to earn a doctorate in metaphysics first. Plato, Aristotle, Aquinas, Weiss, all of it. Bad enough seeing zillionaires become space cadets, but anyone aiming to create an alternate universe should be well grounded in the one we all share.

In The Washington Post, Jonathan Greenblatt, CEO of the Anti-Defamation League, discusses the rise of antisemitism on the left. I have been sounding the alarm for years and we can't sound that alarm too loudly. It is even, perhaps especially, a problem on the Christian left.

At Barron's, Eric LeCompte, executive director of Jubilee USA, calls on the G20 summit leaders to leave no country behind as they continue to forge the global response to COVID-19 and the economic dislocation the virus has created. LeCompte is one of the few people who master both Catholic social doctrine and issues of international finance and policy, and can translate the moral principles into policy action. Let's hope the leaders were listening.

In The Washington Post, Jacob Bogage and Alyssa Fowers look at the economic impact, short-term and long, of the strikes in various parts of the country, about which I wrote a few weeks back. The bad news is there might be additional inflationary pressures in the short-term but in the long-term, we are witnessing the rejection of one of neoliberalism's cardinal principles — always seek the lowest wage possible. This rebalancing of the economy to include stakeholders besides shareholders is a necessary first step in slaying the idolatry of the market and reintroducing moral considerations into economic policy.

James Barron in The New York Times looks at the safety issues raised by the supertall residential skyscrapers that have so changed the Manhattan skyline. I am just as concerned about the aesthetic issues these buildings raise: They are ugly testimony to an ugly Gilded Age ethic. The Chrysler Building and Empire State Building are stunningly photogenic buildings. More modern skyscrapers like the Seagram Building, the Citicorp tower and the twin towers were all beautiful in their way. The skinny towers for the rich and famous are simply ugly.