'Lucifer' is a family drama exploring relationship between faith and reason 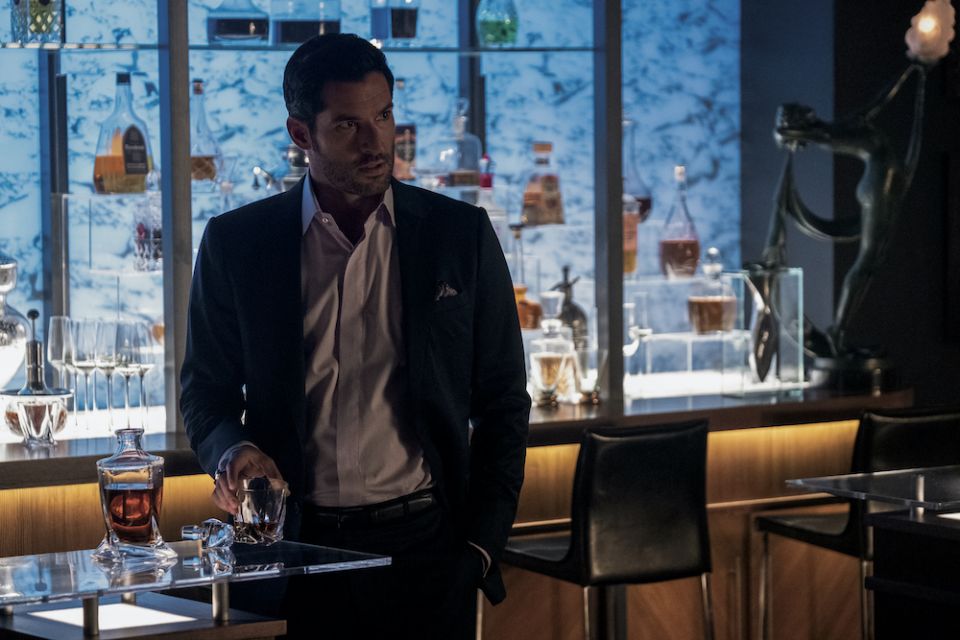 Tom Ellis plays the title character in "Lucifer," a series now in Season 5 on Netflix. He's on "vacation" in Los Angeles and running a bar, trying to figure out why God banished him to hell. (Netflix/John P. Fleenor, ©2020)

This afternoon I invented a cocktail called "Full Devil's Glory." It is whiskey-based and designed to sneak up on you and to punish — but in a good way. "Full Devil's Glory" is inspired by the fact that I've recently started watching the show, "Lucifer."

A Netflix series, "Lucifer" centers on Lucifer Morningstar (Tom Ellis). The devil himself has tired of hell and takes a vacation in Los Angeles. His "vacation" has already lasted five years when the show begins. This is a rare show that embraces religion and the struggles of faith.

I'm a sociologist of religion. So, while I am not a theologian, theology factors greatly into my work. All of my intellectual interests seem to come together in this one show. "Lucifer" is one-part police procedural, one-part melodrama about a charming, oversexed, devilishly handsome playboy, and one-part exploration of the dichotomy between faith and reason told through the lens of a family drama and a love story.

The police procedural piece is weak, even sloppy. For example, in an early episode, Detective Chloe Decker (Lauren German) cross contaminates evidence by examining roughly a dozen pieces of evidence at the episode's murder scene. Decker, the show's female lead, then scrolls through the victim's cell phone instead of turning it over to the cyber unit all while wearing the same gloves!

Lucifer's work with Detective Decker as civilian consultant isn't enough to raise the quality of the police procedural aspect of the show. Even the oversexed handsome playboy component becomes tiresome after a while. Admittedly, I quickly rebound from that. What keeps me going back for more is the layered exploration of faith and reason within the context of dysfunctional family dynamics.

After thousands of years spent punishing souls, Lucifer left hell and reinvented himself as an L.A. nightclub owner. He will tell anyone who will listen that he is not evil. Rather, he punishes evil at God's behest. It is an existence that Lucifer didn't seek, and frankly, loathes. He loathes himself for his hellish work, God for casting him out of heaven to do it, and what humans think of him because of it.

The early seasons are rooted in a type of theology of omniscience, where God as an all-knowing, all-controlling, distant creator makes all of the decisions, leaving everyone else to guess as to God's will. Lucifer believes that he was banished to hell because God was punishing him. He doesn't know and aches to understand the reasons for this punishment. The show intimates early on that God cast Lucifer out of heaven because he was the only angel strong enough and capable enough to take on the thankless task of punishing the souls condemned to hell. But Lucifer can't, or won't, see that. His myopic viewpoint only allows him to see that he was the one cast out of the Silver City while his angelic siblings were allowed to stay. This is the foundation of the tension Lucifer has with his brother, Amenadiel (D.B. Woodside), God's most dutiful angelic son.

Amenadiel's presence in Los Angeles is a persistent reminder to Lucifer of the difference in their positions. This, coupled with Amenadiel constantly coercing Lucifer to return to his post, gives way to an existential crisis that leads the devil to therapy. 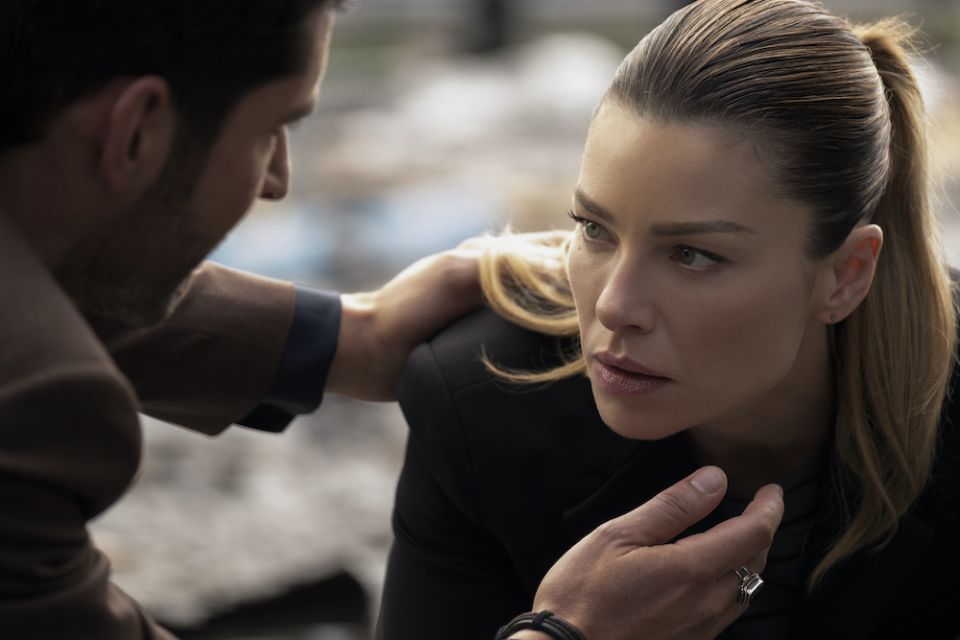 It's in the therapy scenes where the show really blossoms. Lucifer explores his feelings toward his father, his brother, Decker, and, in Season 2, his mother. In Season 1, we see Lucifer struggle as a son who only wants his father's approval. His desire for simple communication and not receiving it creates massive insecurity. Drinking and sex are the key coping mechanisms he uses to compensate. Lucifer's fractured relationship with God leaves him despondent. It's a feeling to which many people can relate. However, unlike humans, Lucifer doesn't just believe God exists. He knows it. Consequently, the one-sided relationship pains him in a way that doesn't resonate with humans who similarly seek communication with God.

This element of the show deepens in Season 2 with the introduction of Ella, a forensic scientist at the police department. She's a woman of deep faith, one who understands that even her moments of doubt are crucial to her Catholicism. Because of faith, she believes that which she does not know. Yet she struggles in her belief far less than Lucifer and Amenadiel, who believe precisely because they know. All three desire, even yearn, to tangibly experience the Presence in their lives. Each reacts differently when it doesn't happen. Ella continues in her belief that is strengthened by doubt. Amenadiel, ever the dutiful son, persists in his effort to do God's will while struggling to admit to himself that he's not sure what that is. And Lucifer finds new ways to engage in the same filial rebellion.

One reason my weariness of the charming playboy shtick doesn't last is because just when I begin to find it tiresome, there is a pivot that reignites my attention. For instance, sex is the currency Lucifer initially uses to pay for his therapy sessions with Dr. Linda Martin (Rachel Harris). This clear, gross lapse of ethical judgment on her part is mitigated by the fact that Lucifer uses his powers to manipulate her and spark a desire for him. However, she is not so befuddled that she can't see what is obvious to everyone except the devil himself. Lucifer is in love. Late in Season 1, Linda sees Lucifer and Chloe interacting and gains insight into him that she could not have seen in therapy alone. She immediately halts their sexual relationship in favor of an exclusively therapeutic one. It's an act of self-respect and self-preservation. It's one thing to regularly have sex with a man knowing that both of you are in it for a bit of fun. It's quite another to regularly have sex with a man knowing he is in love with another woman. 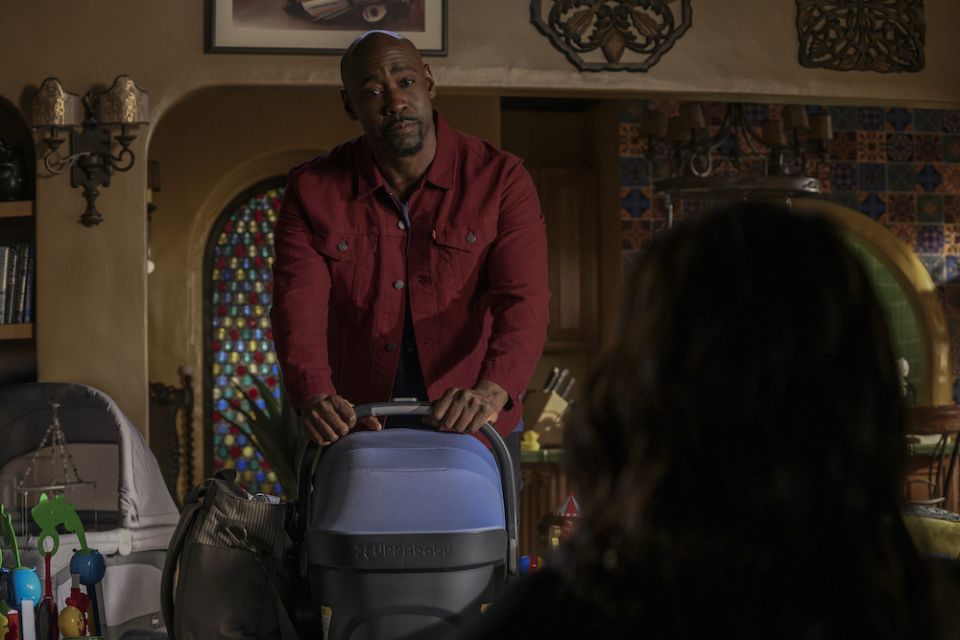 Being in love requires vulnerability. Usually, that vulnerability manifests emotionally in letting someone see a side of us that we typically protect — even conceal. Embracing that vulnerability comes with great risk. For Lucifer, the emotional risk has physical consequences. As an angel, Lucifer is immortal. Yet, when he is in close physical proximity to Chloe, he is susceptible to the dangers of the mortal world. Thus, he is constantly faced with the choice of continuing to protect himself or be around the one person who makes him want to be better.

By Season 5, the show has transitioned to more of a theology of self-actualization, where with help from Martin, Decker and Amenadiel, Lucifer realizes the control he has over his own life. It is abundantly clear by this point that Lucifer and Detective Decker know they are in love with each other. Even with this confidence, he can't bring himself to be vulnerable enough to say the words. That metaphor deserves an essay of its own!

At its core, "Lucifer" is a show that manages to do something rare while treading a familiar path. It's a show about a wayward son desperate to understand, and be understood by, his father, and it's about a man who can't admit to himself that he's in love because doing so requires a level of emotional and physical vulnerability that he's not equipped to embrace. All of that happens against a rarely seen backdrop of religion and faith. According to Pew Research Center, 89% of Americans believe in God to some degree. Yet, religious belief is something we scarcely see depicted in popular media. This show tells us that issues of faith and religion can be portrayed without being preachy and, in fact, can be insightful and playful — with a bit of debaucherous fun. 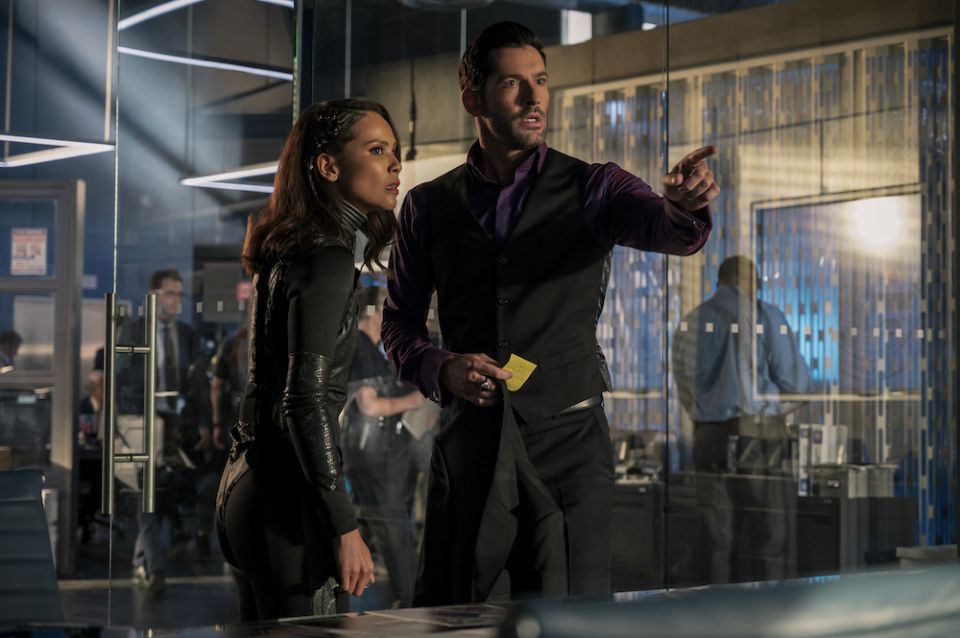 [Tia Noelle Pratt is a sociologist and the president and director of research at TNPratt & Associates, an inclusion and diversity consulting firm in Philadelphia. She is currently working on her first book, Faithful and Devoted: Racism and Identity in the African-American Catholic Experience.]

'Zoombombing' comes for houses of worship