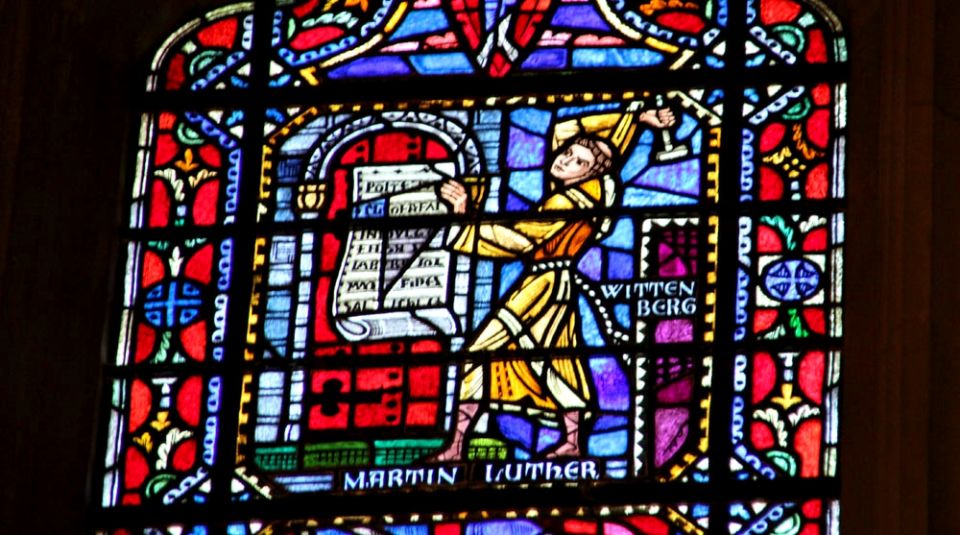 Martin Luther's assault on the Roman Catholic Church 500 years ago this week changed the map of Christianity by testing the boundaries of religious liberty and ushered in a new concept of what it meant. The well-known Jesuit James Martin has been caught in the aftermath in 2017.

Luther was ousted from the church four years after pitching 95 hard-edged proposals for church reform to the pope by way of his local archbishop. His nudges were judged out of bounds by Rome and four years later he was excommunicated.

Martin published a book this year suggesting that bishops should relate better to lesbian, gay, bisexual and transgender people; he sparked a backlash from Catholics who saw in his appeal a stealthy effort to change the church's sexual doctrine.

A volley of criticism alleged that Martin's proposal subtly lobbies for a more permissive morality toward LGBT sexuality. By advocating a creeping tolerance, therefore, he would be violating his vow to uphold church teaching. He staunchly insists he seeks no change.

Luther's wholesale indictment of the way the church conducted itself was far more self-evident than Martin's modest, common-sense effort to uproot misunderstandings and soothe unnecessary frictions, but their discomforts arose from similar origins and run into an obstacle that continues to blunt valid discussion of differences.

Both are distressed that certain conduct by the church impedes the health of the Christian faith. For Luther, the sale of indulgences in Rome's capital campaign to build St. Peter's Basilica was a con game. For Martin, a gulf existed between Catholic leaders and LGBT Catholics that tainted the atmosphere within the wider church. Each filed briefs for their causes in a way that inevitably touched on essential teachings of the Gospel. 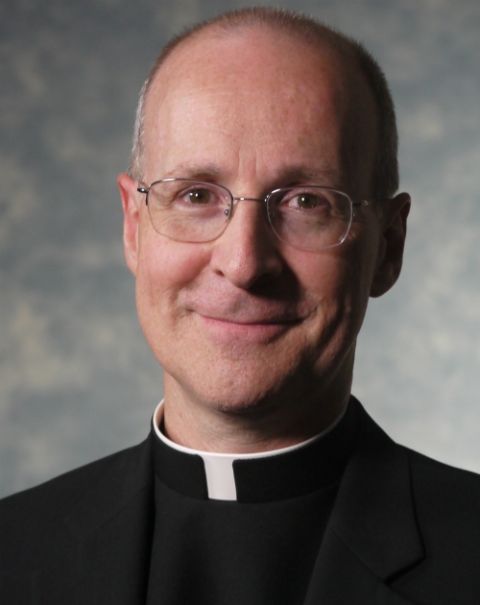 But in the 16th century as now, the exercise of authority did not permit ordained clergy to speak out against issues that Rome considered settled. To do so could be labeled heresy.

Luther was thus drummed out of the Catholic church on those grounds. Martin is constrained by the same general strictures, though his writing sets down no explicit challenge to church teachings. If he were a layman, the question would be moot. The clergy are bound by conformity; laypeople generally speak freely without penalty.

That owes to the fact that the Second Vatican Council left the lines of authority virtually untouched. A two-tiered hybrid was reinforced, though disguised. The rule of the entire church remained in the hands of a hierarchy, devolving from a pope with infallible properties down the line to priests.

But that top-down rigidity flew in the face of the widespread impression that this renewed church, under a "people of God" motif, had become flatter and committed to "shared authority." Mixed councils of laity and clergy cropped up all over the place, whether Vatican synods, national bishops' conferences, or parish councils. The picture was one of increasing democratization.

Except it wasn't true. Laypeople were only "advisers" and consultants. The ordained class held firm to its prerogatives.

At the time, this freezing of power attracted relatively little attention. Hierarchical authority was still hegemonic; few openly dissented and those who did, including most of the most-celebrated theologians at Vatican II, had been silenced at one time or another — and accepted that punishment. A massive wave of dissent was about to follow, however, accelerated mightily by Pope Paul VI's reaffirmation of the ban on artificial birth control.

Religions retain the right to define their terms of membership, of course, as do organizations and societies everywhere within the bounds of personal safety. The high-minded cause was to mold a coherent creed by shedding error.

But such means can also be used to rid the church of challengers who weren't enemies of the faith.

The Catholic Church obviously belongs to the tradition that shuns open debate outside official circles. But for decades, it's been out of control. Dissent has spiraled among the laity since Vatican II, largely because Rome cannot contain it among the laity. A few pro-choice politicians have been warned and minimally sanctioned, and some advocates of practicing homosexuality have been fired by church organizations, but the church is, in effect, powerless to clamp down on the tens of millions who reject the ban on artificial birth control or speak out for women's ordination.

Clergy, accordingly, get the closest scrutiny. Even the suspicion of dissent can spur charges of betrayal. Luther left little doubt. Martin creates none in terms of dissent. But does his call for discussion imply it? That is a matter of perception, short of any direct evidence that he crosses the line. Partisans of the Catholic left and right have come to opposite conclusions.

The unfortunate part, beyond the undeserved stress on Martin, is that Catholicism squashes healthy debate in a desperate attempt to preserve the claim that truth in its fullest dimensions resides in the hierarchy. In real terms, the church has flattened and the mystique of unquestionable truth is in shambles across a growing spectrum of the church.

As it is, priests and bishops are required to censor themselves as they grapple with how to speak their consciences without exposing themselves to accusations of heresy. By demanding conformity, the church has lost what I'd consider valuable voices: liberation theologians accused of political motives, priests speaking out for women's ordination (Pope John Paul II explicitly forbade even discussion of it), and proponents of a reconsideration of how the personhood and loving behavior of LGBT people might best align with the spirit of the Gospel.

Opinion | Luther and Martin, up against the same obstacle