The many baptisms of 'Ozark' 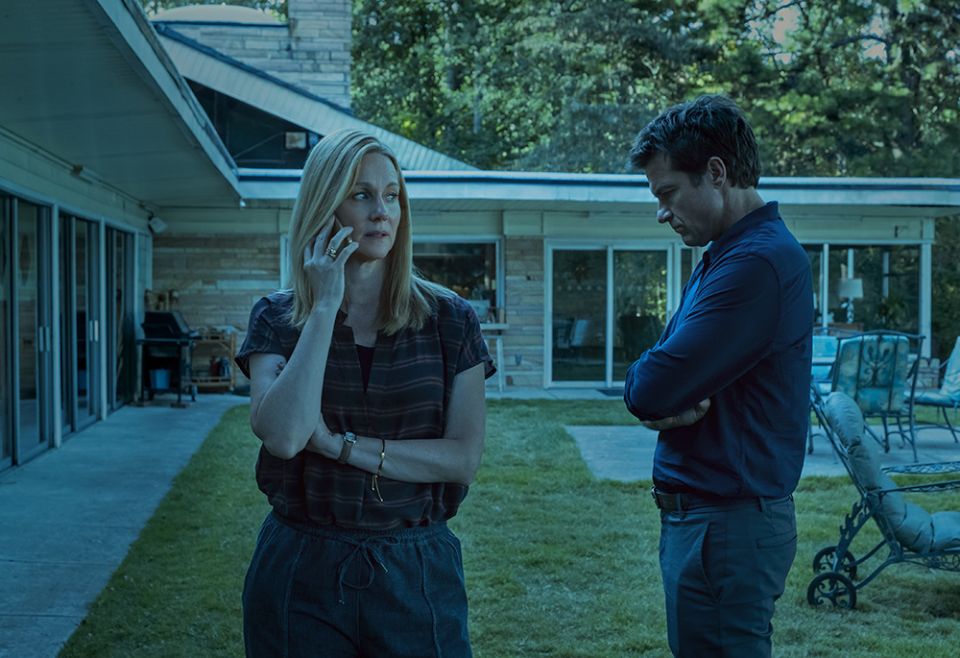 Editor's note: There are spoilers of Season Four, the final season of "Ozark," in this review.

Every episode of Netflix's hit series "Ozark" features an ominous opening graphic: against a stark black background, a letter "O" comes into focus, and then a cross appears within it. A simple white image populates each of the four sectors of the circle, foreboding a different collection of terrors for each episode. One thinks of the four evangelists, often presented in the same configuration, or perhaps of the four living creatures in Ezekiel's vision. But this is an iconography of evil.

"Ozark," the opposite of a morality tale, is a chronicle of one family's descent, step by step, choice by choice, into darkness. Unlike "Breaking Bad," which begins with the backstory of Walter White's transformation from mild-mannered high school teacher to ruthless drug kingpin, "Ozark" starts in medias res. Something has gone terribly wrong in similarly mild-mannered Marty Byrde's money laundering arrangement with a Mexican drug cartel, forcing him to relocate his family to the eponymous lake in Missouri to prove his mettle and save their lives.

As the show's four seasons play out between the American evangelicalism of central Missouri and the Catholicism of the cartel members, "Ozark" features a number of baptisms, but perhaps none so important as that of the Byrdes' own adolescent children. As Charlotte (Sofia Hublitz) and Jonah (Skylar Gaertner) stretch toward adulthood, Marty (Jason Bateman) and his wife Wendy (Laura Linney) wrestle with how much of their work to share with them and whether or not to initiate them into it. They are not a religious family by any stretch of the imagination; if the Byrdes live by any creed, it is "People make choices. Choices have consequences." These choices and their consequences continually cascade into disaster upon disaster. 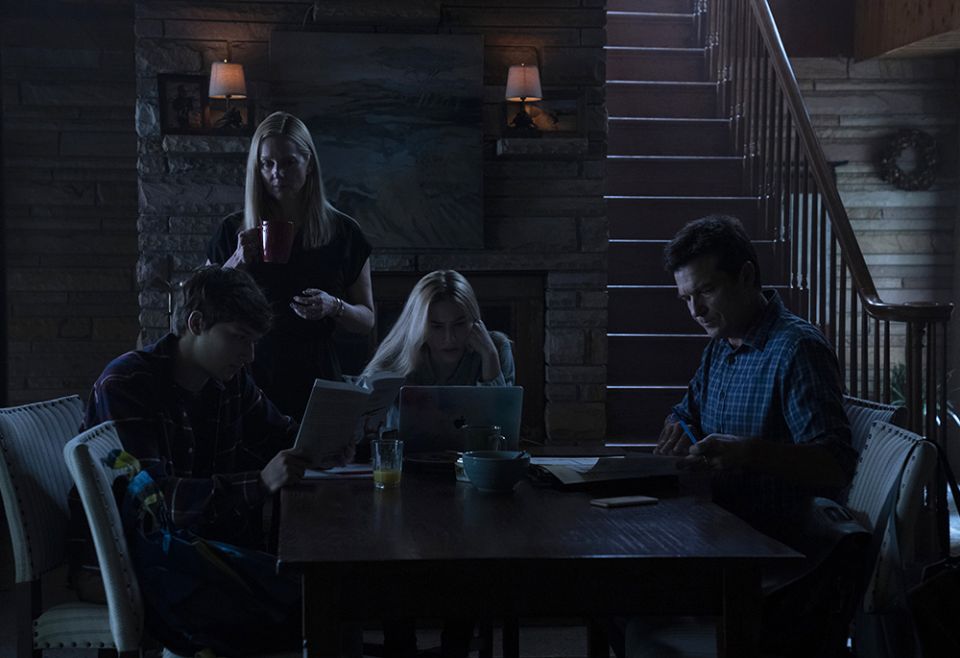 In this landscape of terror, God seems to be present only in bas-relief, against the backdrop of evil, the absence of goodness. Pastor Mason Young (Michael Mosley), whose life is derailed by the Byrdes, makes this bleak profession of faith to Marty: "There's gotta be a God. 'Cause there's a devil. I think you're the f---ing devil." Having lost his wife, his church, and most of his faith, Mason takes his newborn son to the lake and plunges him under the water for a terrifyingly long time — almost 30 seconds. When at last he pulls him up and sees that his son is still breathing, Mason makes the sign of the cross on his forehead. Baptism in "Ozark" is a frightening business.

Cartel boss Omar Navarro (Felix Solis) could say the same as he watches his infant son's baptism turn into a bloodbath via Zoom. The church is a battle zone in a brutal cartel conflict; everyone is killed except the priest and the baby. Navarro keeps his priest close, making regular confessions and including him in his business meetings.

The corrupt priest is a common trope, but Father Benitez (Bruno Bichir) is a more complex character, one who is actually trying to guide his violent flock into a more moral life. "I go," he says, "where God is most needed." In an episode entitled, "Pick a God and Pray," Benitez tells Wendy, "There is no peace without contrition, confession, absolution and penance." "I don't need to be saved," Wendy replies, "I'll do that myself." 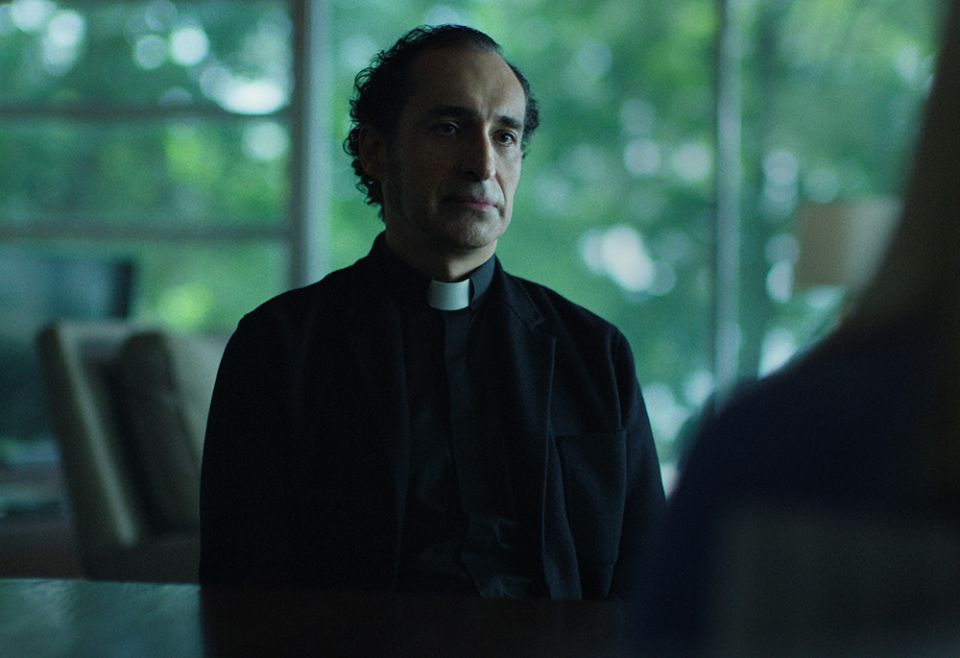 As the series builds to its terrible crescendo, there is one more baptism, this one peaceful, if maudlin. Sam Dermody (Kevin L. Johnson), the simple-minded dupe of the Byrdes throughout all four seasons, is taken in by the hopeful promises of Wendy's father's church group. He rises up smiling from the water of a motel pool, ready to start a new life, but it's impossible to read Sam's baptism as anything but another empty falsehood he has fallen for. In the economy of "Ozark," there is never new life without death attending, and the baptism soon finds its corresponding echo. Sam's boss, Ruth Langmore (Julia Garner), the Byrdes' most central associate cum rival, is having a pool installed on her land. There is a fresh body buried underneath.

In the final episode, the Byrdes' darkest secret is uncovered by a private investigator who stands poised to destroy them with the evidence. Charlotte, long on board with the family business, has already made her decision. But for Jonah, this is a turning point. Will he join his family in violence? Chekhov famously held that if a shotgun appears in the first act of a play, it must be fired by the end. Jonah takes up his gun in Season One, and in Season Four, he fires it. John the Baptist spoke of baptism by the Spirit and fire. But in "Ozark" there is only baptism by gunfire. 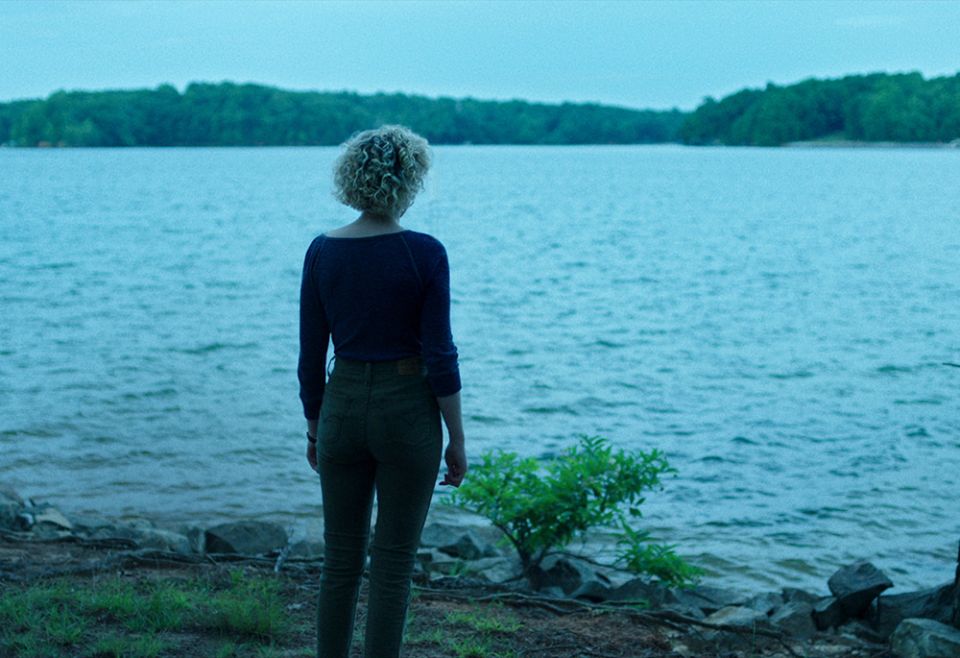 Critics and viewers alike found this an unsatisfying conclusion to the show, the Byrdes left free to continue their life of crime, unimpeded by the consequences of their actions. After all, this is not a comedy, but a tragedy, in which we expect the protagonists to meet their downfall.

We are visually reminded of those expectations by an unusual object that is central to the action of the final season, a cookie jar in the shape of a goat's head. The cookie jar holds the remains of Wendy's brother Ben (Tom Pelphrey), who dreamed of a simple life spent raising goats, but instead met a violent end after endangering the Byrdes' operation. The Greek word for tragedy literally means "goat song," a reference to an animal destined for sacrifice to the gods. Ben is this unfortunate animal in "Ozark." The gods to whom he is sacrificed? The Byrdes. 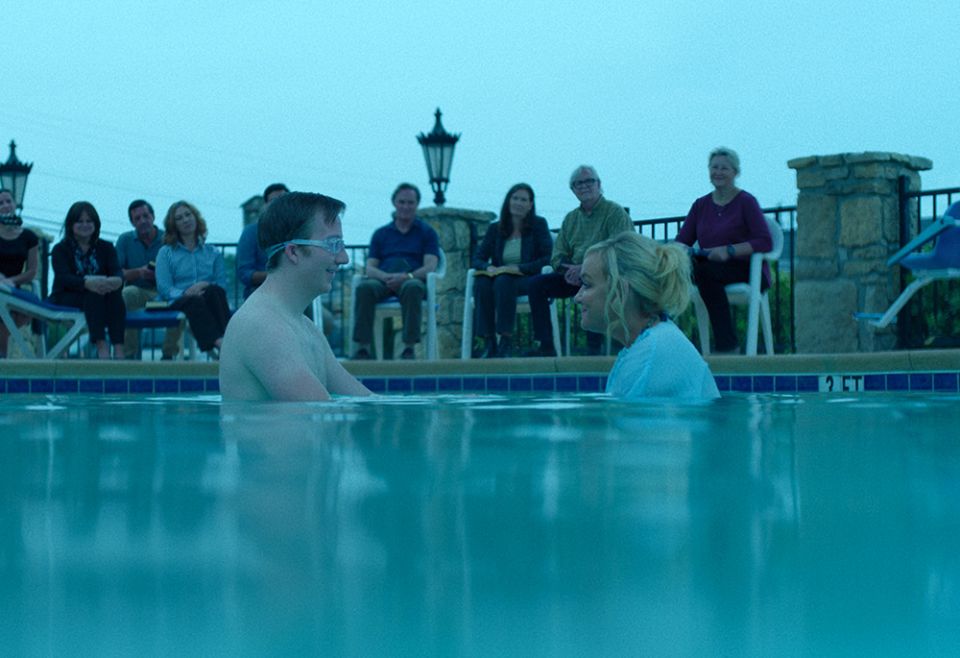 From left: Kevin L. Johnson as Sam Dermody, Richard Thomas as Nathan Davis and Jane McNeill as Annalise in Season Four of "Ozark" (Courtesy of Netflix © 2022)

Throughout the series, Wendy wears a simple piece of jewelry, a Pandora charm bracelet, empty of charms. But those stark white images from the episodes' opening graphics become the charms, crowding the chain with the chilling weight she carries.

Speaking to Pastor Mason, Wendy says, "That's the thing that no one tells you about evil. They make it seem like there are two clearly marked paths with flashing signs pointing out each way: sin, redemption. … But the truth is, evil comes when the righteous path is so hidden, it just looks like there's only one way out." Wendy has taken that one way out so many times that there really is no other way out; what comes out of Pandora's box cannot be put back in.

"Ozark" leaves us with nothing more than the promise of more violence, more destruction, more diabolical charms. For Wendy, as for the rest of the Byrdes, there is always room for more. 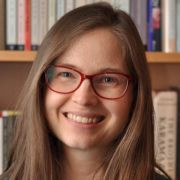 Cameron Bellm writes the Spirit & Verse column at Jesuits.org and is the author of A Consoling Embrace: Prayers for a Time of Pandemic (2020) and No Unlikely Saints: A Mental Health Pilgrimage with Sacred Company (2021). She lives in Seattle with her husband and two children.

Opinion | The many baptisms of 'Ozark'