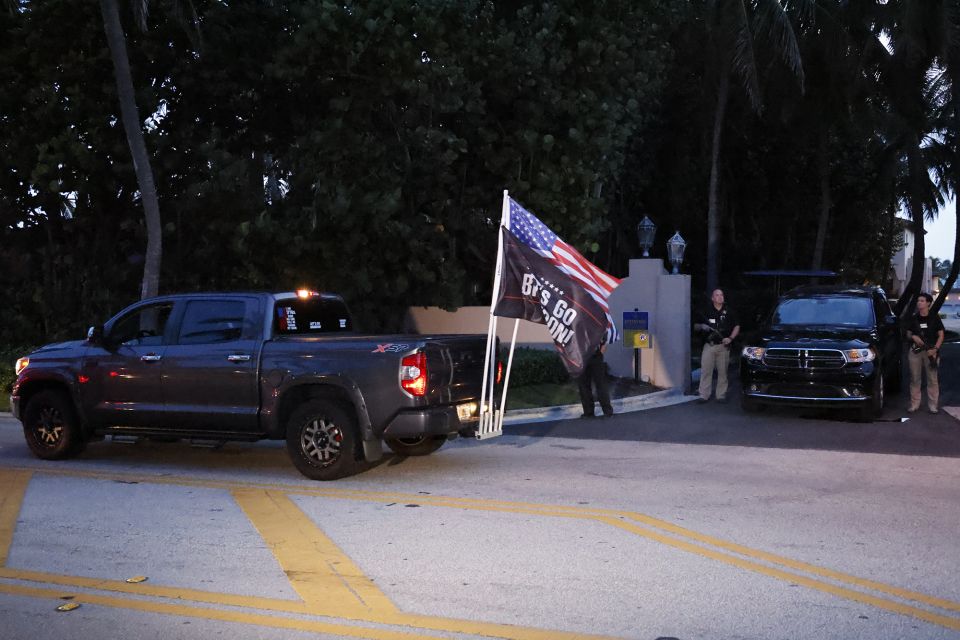 If Republicans are to be believed, America is now a banana republic.

"The raid of MAL is another escalation in the weaponization of federal agencies against the Regime's political opponents, while people like Hunter Biden get treated with kid gloves…Banana Republic," tweeted Florida Gov. Ron DeSantis after the Federal Bureau of Investigation executed a search warrant at Mar-a-Lago, the estate of former President Donald Trump.

"This is 3rd World country stuff. We need answers NOW. The FBI must explain what they were doing today & why," tweeted Sen. Rick Scott of Florida, who heads the GOP Senate campaign operation.

"Using government power to persecute political opponents is something we have seen many times from 3rd world Marxist dictatorships," tweeted Sen. Marco Rubio, also a Republican from Florida. "But never in America.”

The former president himself, barred from Twitter, took to a different social media platform to complain about being forced to give a deposition to New York Attorney General Letitia James who is investigating his business practices. Trump ranted that he was going to New York "for a continuation of the greatest Witch Hunt in U.S. history! My great company, and myself, are being attacked from all sides. Banana Republic!"

Now, I happen to like bananas. Sometimes, when it is hot, I will have bananas, yogurt and some nice bread for lunch. If I make Puerto Rican-style pernil, I will fry up a banana in a little butter and lemon juice as a side dish. Bananas Foster are the bomb.

Joking aside, these Republicans have a point. It is not a sign of a healthy democracy when the FBI executes a search warrant at the home of our former chief magistrate! But they misdiagnose the malady. The bananification of American democracy began when you-know-who came down that gaudy escalator in 2015 at the tower that bears his name and announced his candidacy for the presidency. Since that moment until now, Donald Trump has been both the most conspicuous actor in, and the most pernicious threat to, American democracy.

The bananification of American democracy began when you-know-who came down that gaudy escalator in 2015.

The collective huffing from the GOP might have been more credible if the country had not been treated in recent weeks to a series of former Trump administration officials testifying before the House Select Committee to Investigate the January 6th Attack on the U.S. Capitol. Several testimonies revealed that virtually everyone in the West Wing, including the former president's children, were trying to figure out how to prevent Trump from staging a coup. Is it really such a stretch to believe he refused to hand over documents in clear violation of the law?

Republican officials may not be able to escape the performative outrage on Twitter, but when they are under oath or talking among themselves, they admit he is a threat to democracy, that his narcissism knows no bounds, and that his disregard for legal and democratic norms was a given. In fact, the very same people complaining about the FBI raid were the ones who witnessed firsthand that constitutional norms were to Trump what the Marquess of Queensbury rules are to professional wrestling.

As a political matter, for 24 hours after the FBI executed the search warrant, I feared that the incident would benefit the GOP heading into the midterms, boosting turnout among outraged Republican voters. The maintenance of government records, even of classified documents, is not the kind of crime that most people can even wrap their heads around. Officials in Washington, and archivists everywhere, get it, but otherwise, most people say, "Meh." It is like a violation of campaign finance rules: If you have never had to raise money for a campaign, a violation in that area seems opaque.

Then Trump gave his deposition and took the Fifth. Suddenly, the metaphor for understanding Trump shifted from "Wrestlemania" to reruns of "Law & Order." The man who famously said, "“The mob takes the Fifth. If you're innocent, why are you taking the Fifth Amendment?" took the Fifth. It was as if Franz Kafka had returned from the dead to announce the whole last seven years of American political life had been scripted by him. The theater of the absurd has reached its apotheosis and only the truly cultic followers of the former president can stick around.

EWTN, unsurprisingly, ranged itself among those "truly cultic followers" by inviting Amber Athey, Washington editor of The Spectator, to analyze the situation. Athey is also a fellow at the Steamboat Institute, a faux think tank that works to promote the fossil fuel industry. The host of EWTN's "News Nightly," Tracy Sabol, asked Athey about "the raid" while pictures of Mar-a-Lago at night splashed across the screen. The search began in midday, but I suppose the nighttime images aided the narrative that it was "a raid."

Athey repeated the Trump talking points on cue. "This was pure political intimidation," Athey claimed, without an ounce of evidence. She also misstated the issue of declassification, stating wrongly that if Trump had declassified the documents in question, "they would be perfectly allowable to be at Mar-a-Lago." But documents do not have to be classified to be subject to the Presidential Records Act.

Athey added that "perhaps this was a fishing expedition," a claim that could be easily proven or not by seeing the warrant. The FBI does not publish the warrants it executes, but they were legally obligated to provide a copy to the former president. He could release it at any time so we could all ascertain the scope of the search. The fact he has not done so speaks volumes.

Not to be outdone, EWTN's Raymond Arroyo, appearing on Fox News' "Outnumbered," had this to say about the FBI's search. "It's like the Gestapo!" No, Raymond, it's not.

I happen to like the Fifth Amendment almost as much as I like bananas. Its provision against self-incrimination was rooted in prior legal reforms in England, related to the desire to eliminate the use of torture to induce confessions. It is one of the alarming dynamics of our own time that contemporary liberals can be dismissive of the provisions of our constitutional fabric, a dismissiveness rooted in ignorance of the history of such provisions. Those concerned with outcomes more than procedures are doing the devil's work, whether they be on the right or left, and they forget that these constitutional provisions were and are part of the political architecture that allowed our civilization to begin the processes of widespread civic enfranchisement and diminishment of "might makes right" justice. Those processes are still a work in progress, and we humans will not attain perfect justice this side of the eschaton, but progress has been made.

Donald J. Trump threatens that civilizational progress more than any human being in my lifetime. I know it and you know it. The Republicans on Capitol Hill know it. Tracy Sabol and Amber Athey know it. Those who still cling to the Trump cult do so knowingly, and before the bar of public opinion, as opposed to the bar of court, they can no longer take the Fifth.

Is there anything left in which we can all believe?