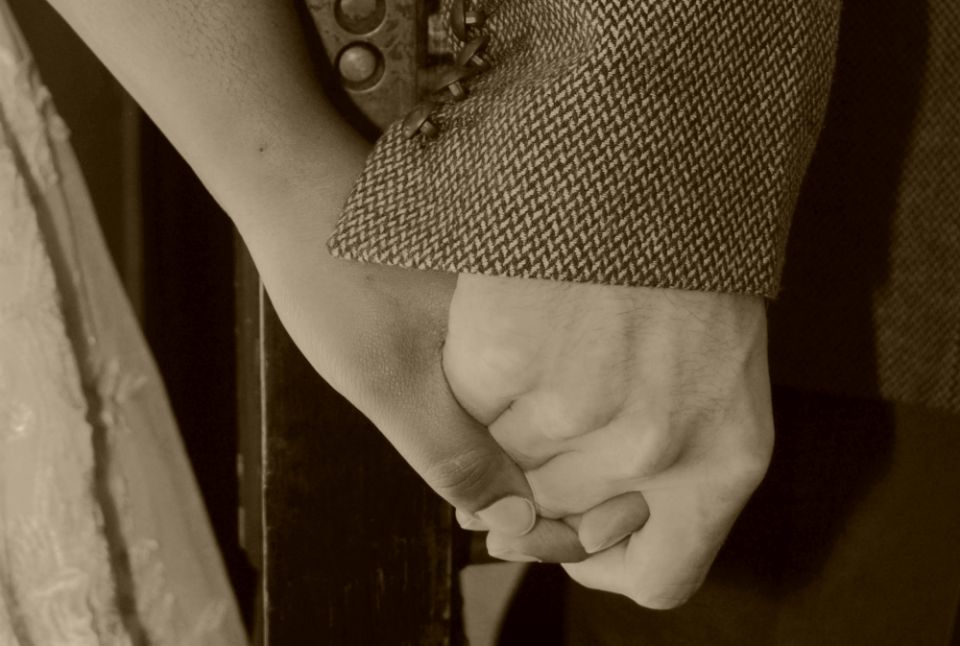 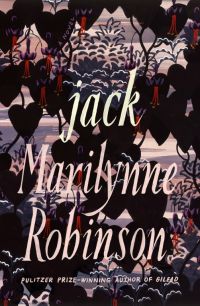 Jack is Marilynne Robinson's fourth Gilead novel, but in this case very little of the story actually takes place in the fictional little rural community in Iowa. St. Louis and Memphis, Tennessee, are the two locations for most of the action, because Jack Ames Boughton is at the center of this story, and while Gilead pulls at him from time to time, he really isn't keen to be back there.

In this story, set about eight years earlier than the two previous novels in which he appears, Gilead and Home, he is constantly strapped for money, spending most of what he earns from dead-end jobs on cheap drink and a shabby place in a rooming house. Recently released from prison, he dresses badly and his physical appearance is exactly what you would expect of an alcoholic who sleeps rough in the local graveyard when he doesn't have money for a bed.

By turn introspective and outgoing, somber and funny, he is also an avid reader of anything his sticky fingers touch. He has a realistically poor self-image and a burden of guilt, particularly for failing years before to make the trip home to Gilead for his mother's funeral. He is, all in all, a complex and intriguing character, perhaps the most interesting in all the Gilead novels. If you have read William Kennedy's Ironweed, you will recognize Jack's kin in Francis Phelan, another vagrant philosopher.

If Jack is something of a failure, Jack is a beautiful if improbable biracial love story, full of joy and sadness, but complicated from the start by its setting in Southern cities in the days of Jim Crow. Jack and Della meet when she drops a pile of books in the street and he rushes to help her pick them up, finding himself invited back for tea. Later, they spend a night locked in a cemetery, just talking as they wait for the gates to be opened and try to figure out a way to get Della out without damage to her reputation.

Jack is not in good shape at all, but Della seems not to mind and continues to be open to deepening their friendship.

The rhythm of what soon becomes an unfolding romance is complicated. Jack is a man without hope in himself, but he somehow finds hopefulness in whatever it is that Della sees in him. She is a model of patient attention; he is racked with self-doubt and realistic enough to know that to pursue Della is to complicate her life and perhaps destroy her career as a schoolteacher. Della is ready to pay any price because she sees beyond the surface to the man within.

Robinson has evidently decided to expand on Baptist Pastor John Ames' remark in his journal in Gilead that Jack "is a man about whom you may never hear one good word, and I just don't know another way to let you see the beauty there is in him." Clearly Della sees beauty in Jack, as he does in her. But a romance between a black schoolteacher and an impoverished white alcoholic in a Southern city in 1950 or so is going to be fraught with difficulty, if not actual danger.

Jack can stand alone. But the depth of the joy and sadness in it only becomes fully apparent when it is read against the background of the previous three Gilead novels.

In Robinson's little Iowa town of Gilead there are only six people we ever hear much about. Ames and his close, if Presbyterian, minister friend, Robert Boughton, are the twin patriarchs. Ames' wife, Lila, and the pastor's three children fill out the cast. The fondly remembered dead are occasionally referred to, but you really would not know there is another living soul in Gilead.

By the time of the setting of Gilead and Home in 1956, the once significant town has become a sleepy place, for sure, perhaps diminished when the interstate passed it by, but for the two pastors it is all they have needed for a life of learning and piety, of service to others and grace abounding. For Boughton's daughter, Glory, and his son, Jack, it was a place to escape from, though it inevitably draws both of them back.

While Gilead and Home often look back to events in the past, both stories take place in the few weeks in which Jack has surprisingly returned to town, for reasons that are only slowly revealed. Gilead is Ames' book, but Jack figures largely, at first as a deep disappointment to Ames, but followed by a growing sense of reconciliation.

In Home, taking place at the same time as the events in Gilead, the focus is on Jack's effort to rehabilitate himself with his father and his sister. Jack has some success rebuilding his relationship with Glory, less with his father, and Home ends with his departure once again from his place of birth, followed by an achingly beautiful scene when Della and her son Robert briefly stop by in Gilead, looking for Jack.

In Lila, Jack is present only in his absence, referred to a couple of times in disparaging terms that Lila probably picked up from Ames.

In the final pages of Jack, the two lovers are making decisions about the future of their time together. Jack reflects on the dark and the light in their romance. He and Della will be together "after their fashion," stealing "happiness from the very clutches of prohibition." In Robinson's books, the knowledge of good and evil are always intertwined, and here she has Jack recognize that if the good does not always get equal time with evil, nevertheless guilt and grace commingle. Jack could think of himself as a thief, or as a co-conspirator in a "sweet marriage ... that always restored them both, just like grace."

The mysteries of sin and grace are close to Robinson's heart, but in this novel, grace literally gets the last word.

If Jack is your first venture into Gilead, well and good. Read it, and as your mind is messed with, your heart will be warmed. But then go back and read the other novels, where you will find the light and darkness of this book marvelously expanded upon.

[Paul Lakeland is the Aloysius P. Kelley SJ Professor of Catholic Studies and director of the Center for Catholic Studies at Fairfield University. He is author of The Wounded Angel: Fiction and the Religious Imagination.]