More Catholic than the pope 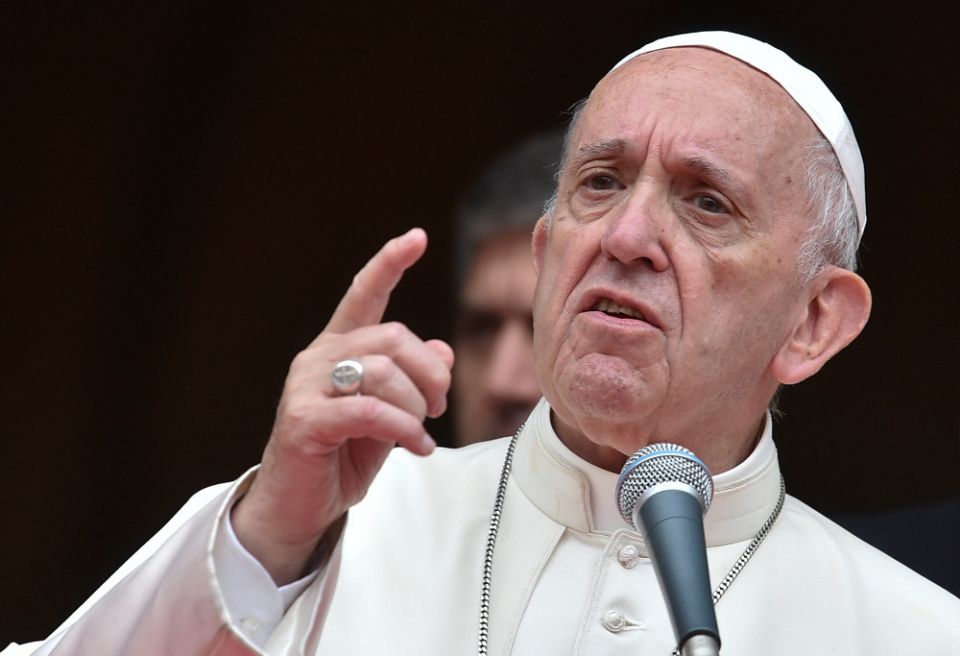 Pope Francis gestures as he talks during a pastoral visit in Cesena, Italy, Oct. 1. (CNS/Reuters/Alberto Lingria)

Four cardinals (two of whom have recently gone to their eternal reward) criticized the pope publicly in 2016 by issuing what they called a "dubia," asking the pope to clarify what they considered his straying from the true faith. Last month, several dozen theologians accused the pope of spreading heresy.

The fuss is over the pope's willingness to open the door to the possibility of divorced and remarried Catholics receiving Communion, even if they do not have a church annulment. But it raises a larger question:  Who has the right to challenge the pope's teachings in the Catholic Church?

These criticisms of Pope Francis put progressive Catholics in an awkward position. Progressives are big fans of Francis, but it would be somewhat hypocritical of them to suddenly become papal absolutists when they clearly had disagreements with Pope John Paul II and Pope Benedict XVI. On the other hand, conservatives who are now critical of Francis accused progressives of being "cafeteria Catholics" when they disagreed with John Paul or Benedict.

All I can say is, "Welcome to the cafeteria."

Disagreeing with the pope was not welcomed during the papacies of John Paul and Benedict. Bishops, priests, theologians, and Catholic publications were expected to unreservedly cheer any statement that came out of Rome. Priests were silenced, seminary professors were removed, and magazine editors were fired if they strayed from the party line. The open debate that occurred during the Second Vatican Council was closed down. Candidates for the episcopacy were chosen based on loyalty to Rome rather than on intelligence or pastoral abilities.

The atmosphere has changed under Francis. Bishops are being chosen because of their pastoral abilities and identification with the poor. Theologians are free to speak and write what they please. Catholic publications are not subject to censorship. And cardinals and theologians are publicly criticizing the pope, something that would never have been allowed in earlier papacies.

Francis can only blame himself for this. He asked for it. At the beginning of the 2016 synod on the family, he told the bishops to "Speak clearly. Let no one say, 'This can't be said, they will think this or that about me.' Everything we feel must be said, with 'parrhesia' (boldness)."

The Greek word "parrhesia" comes from the Acts of the Apostles where Paul takes on Peter, the first pope, in arguing that the Gentile Christians need not be circumcised. Paul won that argument.

Francis remembers how when he was a cardinal at an earlier synod, officials from the Roman Curia told him what subjects could not be brought up. Although the purpose of the Synod of Bishops is to advise the pope, most bishops at earlier synods spent most of their time quoting the pope to himself. It was a silly exercise. 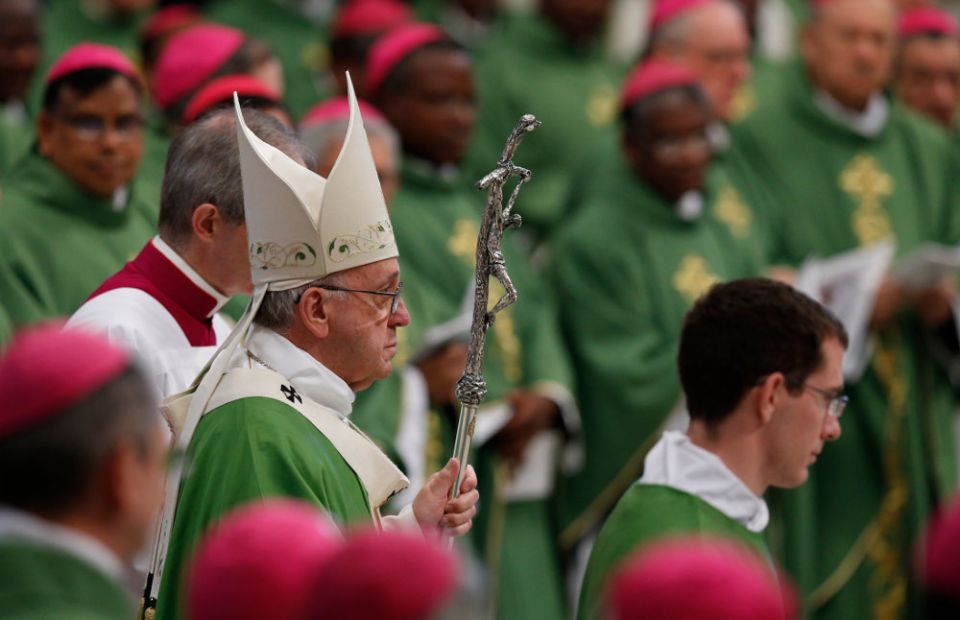 Pope Francis arrives to celebrate the closing Mass of the Synod of Bishops on the family in St. Peter's Basilica at the Vatican October 2015. (CNS/Paul Haring)

Francis is not afraid of open discussion in the church. "Open and fraternal debate makes theological and pastoral thought grow," he said. "That doesn't frighten me. What's more, I look for it."

Well, he got it. Some people would like to see him crack down on those dissenting from his teaching, but I rather admire him for his patience and willingness to let people speak their minds. He trusts that the Spirit will guide the church in the right direction.

Catholics need to grow up and learn to live in a church where arguments take place, but we should not let disagreements break up the family. We need to understand that people have different viewpoints and that we can learn from one another by having dialogue. Rather than dividing into partisan factions, we need to model what it means to be a community.

Column | More Catholic than the pope