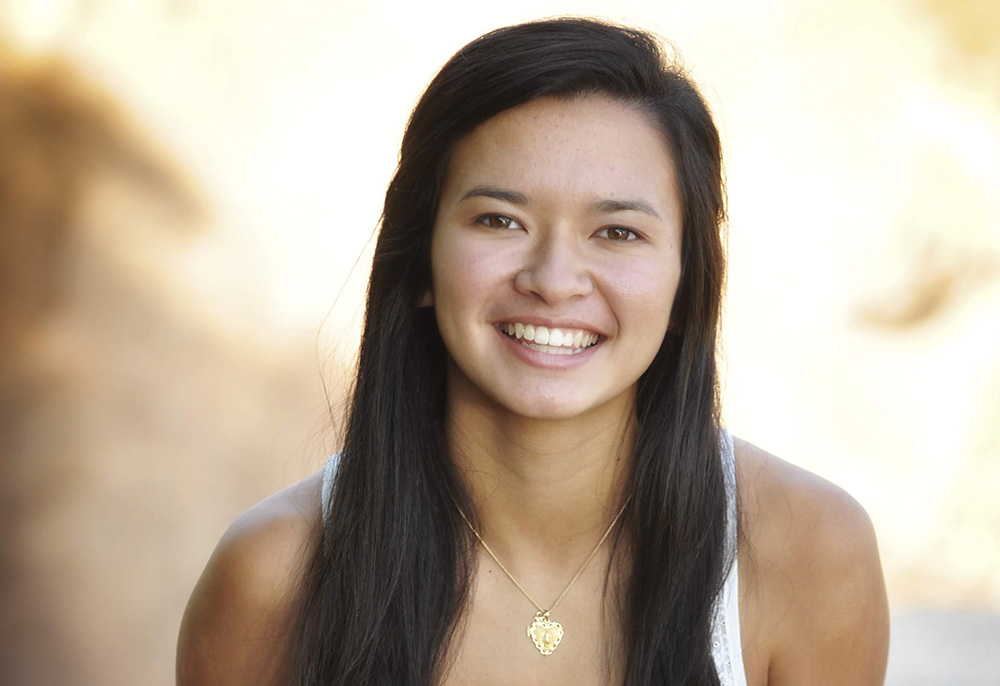 Alana Chen died by suicide in 2019. Although church officials deny engaging in "conversion therapy" with her, Alana's mother insists that priests and other representatives of the church encouraged her daughter to conceal and suppress her sexual orientation. (Photo courtesy of the family)

In September 2016, a police officer came to our home and took our daughter Alana to the hospital. As he later explained, a friend had reported that Alana was planning to die by suicide in the sanctuary of our Catholic Church.

At the emergency room, Alana confirmed this was all true. She was suicidal and in spiritual despair. I was in shock. What happened to Alana?

I have four children. Alana was the sensitive, quiet and empathetic child. She loved to write poetry, play guitar and make her own clothes. She was an amazing writer, singer and artist.

The details of what happened to Alana before she took her own life in December 2019, have been recounted in previously published accounts, such as this article distributed by Religion News Service and published in NCR in February 2020. Although the church officials deny engaging in "conversion therapy," it's clear from Alana's journals and what she told me before she died that priests and other representatives of the church encouraged her to conceal and suppress her sexual orientation.

My goal for this essay is twofold. I hope it will alert Catholic parents to beware the devastating impact the church can have on their LGBTQ+ children. And I hope it will persuade people speaking for the church to abandon their misguided and dangerous attempts to alter what God has made.

Although the church officials deny engaging in or advising her to apply to a conversion therapy program, it is clear from her writings in her journals and what she told me many times that priests, nuns and other representatives of the church told her to conceal and suppress her sexual orientation. Alana was also made to confess each week, even her thoughts of the same sex, in order to receive holy Communion.

'I'm so tired of being afraid of going to hell' is written throughout her journals.

When Alana was 13, she attended two summer camps, the first at Sacred Heart of Mary Catholic Church, where she was mesmerized by the college students. At the second camp, held at St. Thomas Aquinas Catholic Church in Boulder, Colorado, she met Fr. David Nix, a controversial priest who, unbeknownst to me or her father, began to take an intense interest in our daughter.

For the next eight years, Alana would meet with him in his office for what he would call "spiritual direction." Although Nix denies he met alone with her, I contacted the pastor with my concern about my daughter, a minor, meeting privately with a priest behind closed doors without my knowledge or permission — which led me to meet once with Nix while Alana was there trembling.

As a mother, I saw teenage Alana grow in devotion and piety. While her other siblings lost interest in the church, she would attend daily Mass as often as she could, serve the homeless under bridges in Boulder, lead worship for Catholic middle school youth groups and go on a mission trip to Rwanda. People at the parish called her "a saint." 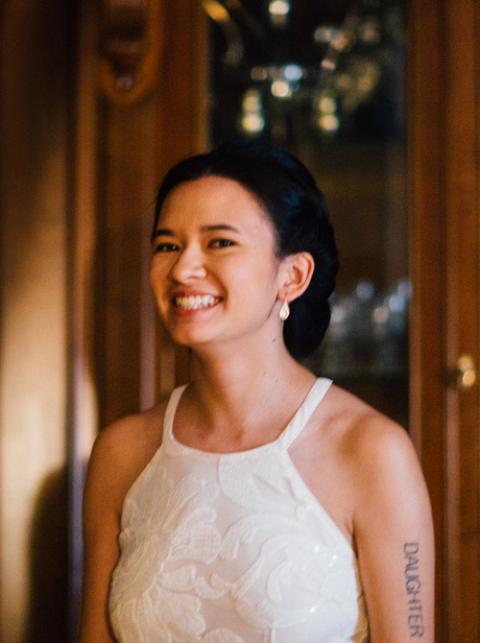 Alana Chen was a sensitive, quiet and empathetic child, according to her mother, Joyce Calvo. She loved to write poetry, play guitar and make her own clothes. (Courtesy of the family)

But Alana kept a secret. Or rather, she was told to. At 14, she confided to Nix that she was attracted to other girls her age. Nix asked her if she wanted to be a nun. He then began instructing Alana for this vocation.

Nix told her not to tell anyone, especially her parents, who he believed would affirm her identity. Instead, he invited her to meet with him regularly. He gave her disturbing articles vilifying gay people and asked her to share intimate personal details about her sexual feelings. He insisted she could change her orientation. And that this would make her worthy to be a nun.

Alana later told me this, and she wrote about it in her journals.

In her hopeful, trusting nature, Alana listened to Nix and did as she was told. She was encouraged in this by Fr. Peter Mussett of the St. Thomas Aquinas Catholic Center, who advised her to apply to Desert Stream's Living Waters program, which currently advertises as helping people with "unwanted same-sex attraction."

Alana emailed that program and named Musset as suggesting to apply to the program.

After Nix moved away, trailed by controversy, the Sisters of Life took over Alana's "spiritual direction" and eventually petitioned me directly on the phone to permit Alana to undergo conversion therapy by a licensed therapist who has written a book about counseling lesbians who desire to "no longer be restricted by destructive relational patterns."

Earlier versions of that therapist's website say she assists clients who "desire to diminish or alter their experience of same-sex attractions and/or behaviors" or who want to "explore opposite-sex intimacy."

I refused to let her see that therapist, but by that time, years of damage had been done.

Colorado now bans the practice of conversion therapy intended to change sexual orientation or gender identity of patients under 18. But the new law does not include pastoral counseling.

Conversion therapy is a broad term referring to a range of practices, from outdated shock therapies to contemporary counseling that promises to change, "heal" or suppress one's sexual orientation. It has been discredited by mental health organizations, which have warned that conversion efforts do not work and put children at risk of serious harms, including a dramatically increased rate of suicidality. According to one study, more than 60% of minors sent to conversion therapy attempted suicide.

With any other such risk — from vaping to child trafficking — an army of concerned parents, educators and clergy would rush to protect children and defend them from these harmful practices.

But in Catholic circles, conversion therapy is often disguised and thus allowed to flourish.

It is baked into the message of many chastity talks, articles for teens and so-called sexual healing ministries. Young people are told they are broken, defiled and must be "healed." In the Denver Archdiocese, Archbishop Samuel Aquila recently organized a conference with the discredited Desert Stream ministry — fronted by a leader who claims to no longer be gay — even as leaders of other similar ministries have confessed that they have lied for years and that their sexual orientation has not changed.

In her journals, Alana describes how she was told to date boys, change the way she dressed and quit her Frisbee team to avoid gay teammates. She wouldn't wear a bathing suit and began hounding her sisters to go to confession. (A blog post by Nix on "15 mortal sins Catholics are missing in their confessions" includes the wearing of leggings and short shorts.)

"I'm so tired of being afraid of going to hell" is written throughout her journals.

After that harrowing day in the emergency room, we took Alana to two treatment centers and sought help from a variety of reputable therapists. Yet the priests and nuns continued to call her, Alana told me, and interfere with her treatment. 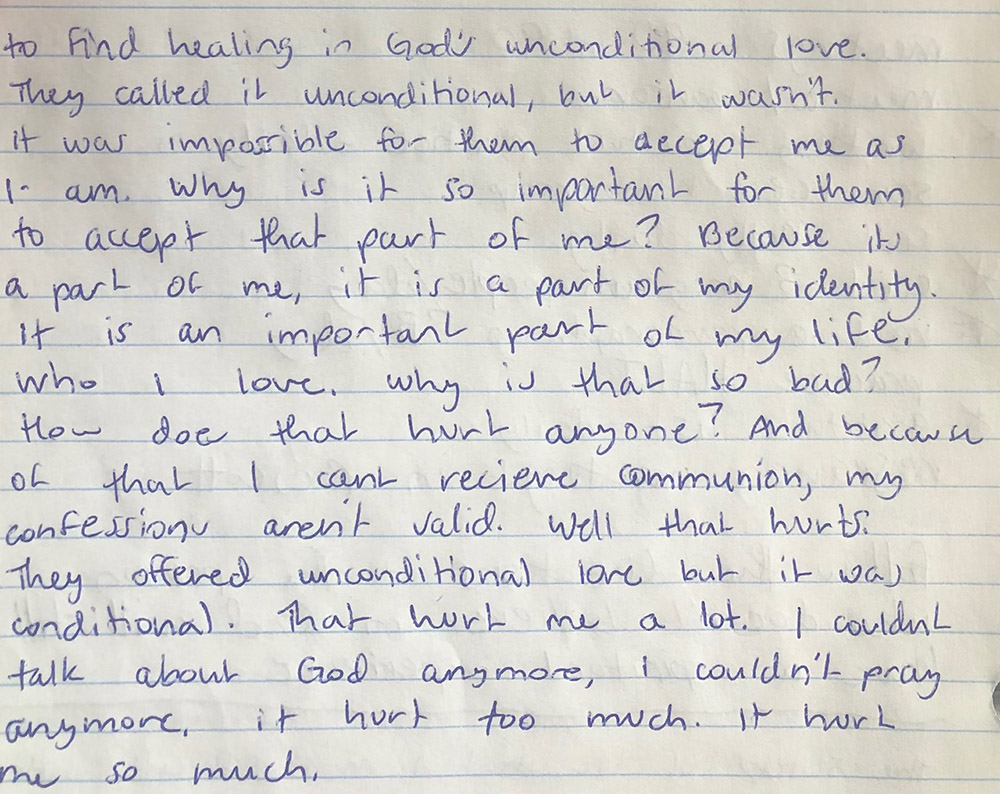 In her journal, Alana wrote about the pain of being judged for her sexual orientation: "Why is it so important for them to accept that part of me? Because it's a part of me, it is part of my identity. It is an important part of my life. Who I love. Why is that so bad?" (Courtesy of the family)

In spite of support from her friends and family, Alana suffered from acute post-traumatic stress and depression, and could not step into a Catholic church without having a panic attack.

In her diary entries, she expresses despair at being unable to change and grief at being abandoned by her church friends and the priests and nuns at St. Thomas. "Why couldn't they love all of me?" she asks.

Alana died by suicide on Dec. 8, 2019. As I write this, I am still in disbelief that my precious girl is never coming back. I won't hear her sweet singing or watch her compete in a tournament. I weep at how her soul was tortured in the name of God.

The church must stop rejecting LGBTQ+ children. Since Alana's passing, so many LGBTQ+ people of faith have reached out to me. I've heard their stories of rejection, failed attempts to change, self-harm and isolation. Like Alana, these people felt rejected and abandoned by the church simply for being who they are — for an aspect of themselves that is not chosen, and over which they have no control. I believe we are created in the image and likeness of God, therefore Alana was created and loved perfectly as she was. 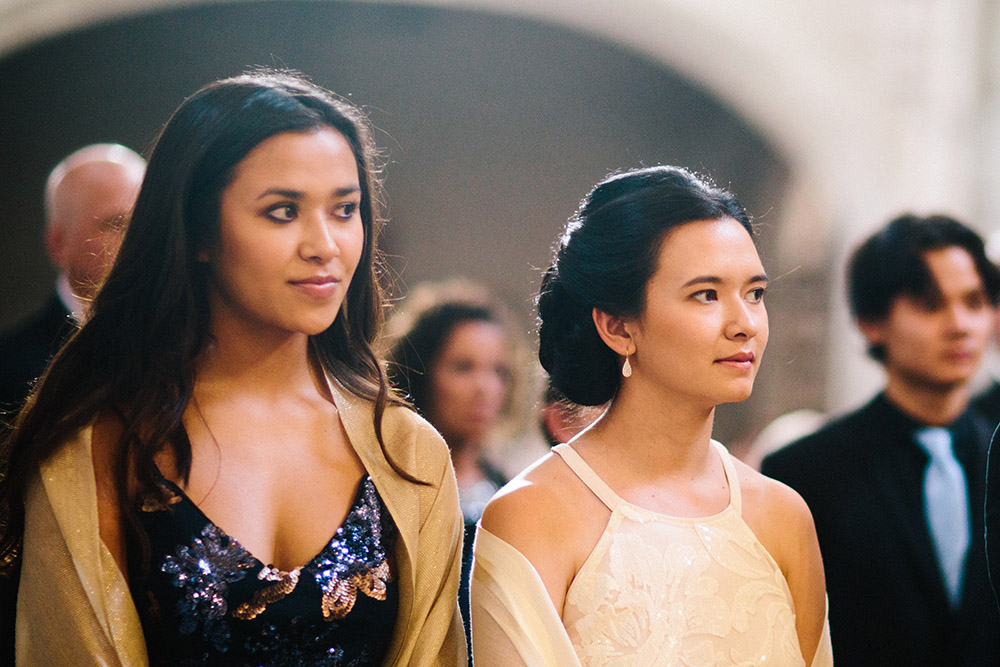 The church must stop rejecting LGBTQ+ children, says the mother of Alana Chen, shown here at right with her sister, Sophia. (Courtesy of the family)

I took Alana to meet many church leaders and members who embraced her sexuality. She loved their true teachings of Jesus Christ, but Alana could not heal from the shame, abandonment and rumors that were told that hurt her so deeply. We must stop rejecting LGBTQ+ children. No matter what the church's teachings about marriage and sexuality, there is no justification for harming LGBTQ youth.

The church must also speak up against conversion therapy in all of its religious guises. While local church officials deny offering Alana conversion therapy, the message she received from pastoral counseling amounted to the same thing: her attractions were pathological and needed fixing.

Be vigilant about the messages your children and other vulnerable young people are receiving; however "spiritual" or "loving" these messages may sound, they drive youth into hopelessness and despair.

Last, our church must end spiritual abuse. For most of her teenage years, Alana was surrounded by priests and nuns who believed they were "saving her soul" by frightening her about her sexual orientation. They taught her to hate herself, so much so that she cut the word "defiled" into her upper arm. They alienated her from her family and counseled her to lie to her parents.

The Catholic Church must have an honest reckoning about conversion therapy and its deadly impact on LGBTQ+ youth, as well as about the priests and nuns who are abusing their spiritual authority to promote it.

Editor's note: NCR contacted the Denver Archdiocese for comment. In four separate statements, the archdiocese, Fr. David Nix, the Denver Mission of the Sisters of Life, and St. Thomas Aquinas Catholic Center/Fr. Peter Mussett all denied practicing or suggesting conversion therapy in the case with Alana. According to a statement from the Denver Archdiocese: "If a person seeks to better understand the Church's teachings on chastity, marriage, and sexual relations, then we try to lovingly share with them what Catholics believe is God's design for human sexuality. A person is always free to accept or reject what the Church teaches, but it is not 'conversion therapy' or 'religious abuse' to teach about the beauty of a life of chastity."

A version of this story appeared in the Feb 4-17, 2022 print issue under the headline: Church must protect LGBTQ+ Catholics.