The debate about debate 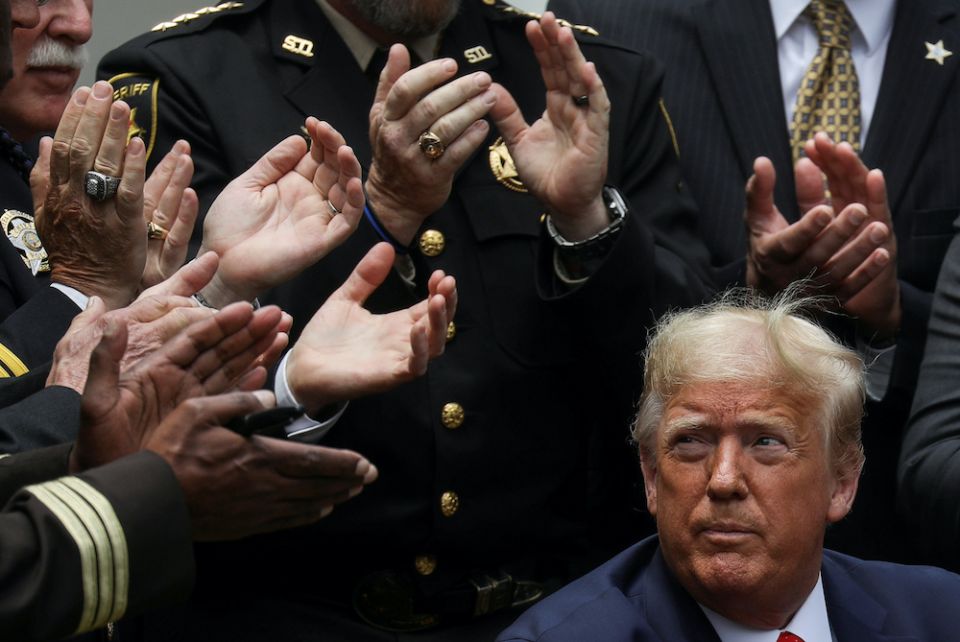 At a time when African Americans are dying in the streets and in their homes at the hands of police officers using excessive force, we should not let a discussion of the ins and outs of journalism distract us from the life-and-death issues before us.

In fact, those issues underline just how crucial it is for news organizations to do the right thing.

A recent New York Times op-ed by Arkansas Republican Sen. Tom Cotton prompted second thoughts by its editors and caused controversy from all sides. Cotton's column contained at least three factual inaccuracies and advocated for "an overwhelming show of force" against the protests that erupted in the aftermath of the killing of George Floyd by police officers in Minneapolis. Cotton, whom at least one commentator has dubbed "Trump 2.0," implied that the president should send the military into the streets to quell the "insurrectionists" — by which he meant looters, not peaceful protesters, though it seems some in law enforcement have a hard time telling the difference.

The Times' opinion editor who oversaw the publication of Cotton's piece eventually resigned after readers and Times journalists complained that the article might put lives at risk. This move prompted some commentators to fret about freedom of speech or political correctness run amok. Because journalists and editors do their work in public, it seems everyone has an opinion.

But not everyone's opinion gets to run in The New York Times. Or The National Catholic Reporter. As an editor, my job is to make decisions about which news, analysis and opinion articles we publish — and which we do not. No one has the "right" to be published in a publication. But the publication does have a duty to make those editorial decisions wisely — and to err on the side of open debate.

I'm not going to second-guess whether the Times should have published the Cotton piece. Those decisions are made on a case-by-case basis, and often in the heat of deadline pressure. Good editors do not make those decisions alone; they consult and collaborate with other smart and thoughtful editors.

Those are judgement calls about a publication's boundaries, and all editors have a line they won't cross. My line, as executive editor of NCR, is as informed by my Catholicism, my faith and my values as much as it is by my journalistic experience and training. In that sense, my stance is "pro-life," in that I could not in good conscience publish anything that would put someone's life in danger. I would not publish an anti-abortion article, for example, calling for violence against abortion doctors.

I take seriously our organization's mission and core values of social justice, human dignity, inclusiveness and excellence. Other journalistic values are also at stake in my decision-making. The code of ethics of the Society of Professional Journalists highlights truth, independence, accountability and transparency. It also counsels to minimize harm. "Journalists should balance the public's need for information against potential harm or discomfort," the code says.

Whether Cotton's article would have resulted in the death or injury of protesters and journalists or not could not be guaranteed. Trump did not, thankfully, invoke the Insurrection Act of 1807 and deploy the military against American citizens, as Cotton wanted, and the protests quickly became predominantly peaceful, especially once the police stopped gassing, beating and using rubber bullets on protesters and reporters.

The Times debacle did revive the crucial conversation about what should qualify as the subject of legitimate debate in publications, especially in an age of Trump, who regularly undermines even the value of truth.

A diversity of viewpoints — while admirable — is difficult to achieve when a segment of political — and I might add church — leaders no longer adhere to such basic, common assumptions and principles as freedom and democracy over authoritarianism.

That's the argument made by Vox columnist David Roberts, who was a guest on the podcast "On the Media."

"The question is what should an op-ed page look like without those bedrock assumptions in place," Roberts asked.

"If you demand that people share those assumptions, then in practice you're going to exclude a large chunk of today's conservative movement, because those bedrock assumptions no longer hold sway in today's GOP," he said. "And that's precisely the kind of problem that everyone's wrestling with in the media."

It's one Catholic media wrestles with, too. For example, despite Archbishop Carlo Maria Viganò's position in the church, his open letters, including his latest to Trump that rambles about the "deep state" and "children of darkness," do not meet the caliber of conversation NCR wants on its opinion pages. Especially when the goal seems to be to solidify the connection between white Catholics and Trump.

While Viganò was harping about "deep church" and "mercenary infidels," and Trump was ordering the gassing of protesters so he could do a Bible photo op, and others were worried about political correctness, another black man was fatally shot by police in Atlanta. After falling asleep in a drive-through, he resisted arrest while intoxicated. Last I checked, that is not a crime punishable by death.

Let's not get too distracted from that.

[Heidi Schlumpf is executive editor of NCR. Her email address is hschlumpf@ncronline.org.]

A version of this story appeared in the June 26-July 9, 2020 print issue under the headline: The debate about debate .

Opinion | The debate about debate