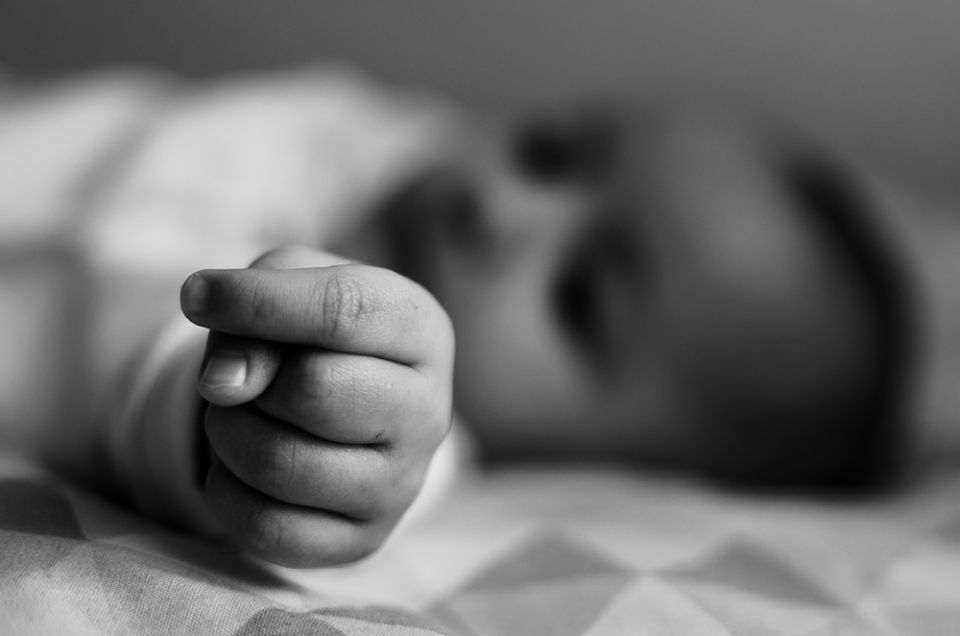 This isn't to say that my former workplaces weren't supportive in other ways. I'm grateful to have been in a privileged enough position to know my job was secure as I took unpaid or partially paid time off under the U.S. Family and Medical Leave Act and through claiming short term disability insurance. While the decreased income certainly affected our household budget, it was possible for us. Many parents are not so lucky.

Additionally, my coworkers organized baby showers and postpartum meal trains, both efforts greatly appreciated. And my managers allowed flexibility in work hours and locations to accommodate breastfeeding and child care needs. For these personal efforts by colleagues to support a parent among them, I am grateful.

Still, it doesn't change the fact that the organization itself — the Catholic Church — required none of it. Needless to say, there was absolutely no guarantee that those pursuing parenthood would receive any of these supports at all.

Unfortunately, my experience as a church employee with a growing family is not unique. After reportedly contacting all 176 dioceses in the United States, Isabella Volmert, Kelly Sankowski and Renée Roden in a report published on the website FemCatholic March 25 confirmed that only four U.S. Catholic dioceses offer 12 weeks of fully paid maternity leave; 44 dioceses don't offer any paid family leave at all. (And, they note, more than half of the dioceses did not respond or declined to provide information on the issue.) These statistics reflect overall trends in the U.S. according to the Bureau of Labor Statistics, say the report's authors.

Rather than remain contentedly in line with national trends, why doesn't the church see this as an opportunity to model ethical business practices, regardless of what the law requires? It's embarrassing that an institution so supposedly committed to supporting families isn't a leader in this regard, let alone that its adamantly proclaimed "pro-life" stance makes the lack of guaranteed family leave for its laborers downright hypocritical.

When I've inquired of former employers why they don't offer paid family leave policies, they've explained the support as previously unnecessary because the majority of their employees were celibate or beyond childbearing age. Really? For an institution that constantly bemoans its hemorrhaging of young people and rejection by modern culture, it's hard to believe that no one could connect these dots.

Luckily for church leadership, the laywomen at FemCatholic have set out to make the far-reaching benefits of paid family leave policies crystal clear.

The same day Volmert, Sankowski and Roden's report was published, FemCatholic launched the "Building a Civilization of Love" paid leave campaign with the modest goal of at least beginning conversations about paid leave with bishops, according to the campaign webpage — the ultimate goal being that dioceses across the U.S. actually adopt such policies.

The initiative includes a podcast mini-series by the same name, hosted by the company's founder, CEO and editor-in-chief Samantha Povlock and co-founder and head of events and operations Danielle Kuboushek, that summarizes their motivation, and a petition that as of May 31 had garnered 3,158 signatures, representing all 50 states, according to Povlock.

"We're currently working with key partners to raise the petition through the [U.S. bishops' conference] channels," she said in an email to NCR.

The conversation around parental leave for church employees and parents in the U.S. in general is nothing new. NCR's now-executive editor Heidi Schlumpf wrote about it in our pages in 2010, Jennifer Mertens wrote about it in 2015 and 2016, and Traci Badalucco reported a small win in this regard in 2016. Other publications have called attention to this discrepancy in church teaching and praxis over the years as well.

As usual, meaningful progress has moved at a glacial pace, even as parents today are challenged with myriad new issues including a pandemic, lack of child care, formula shortages and increasingly difficult access to reproductive care.

In its petition, the FemCatholic team says, "This is not just a matter of justice, but also an opportunity to give witness to the world."

Thanks to NCR for already living this witness (no petition needed). I hope someday soon we'll be reporting that U.S. Catholic dioceses are doing the same.

A version of this story appeared in the June 10-23, 2022 print issue under the headline: A pro-life church and paid leave for new moms . Stephanie Clary is NCR environment editor. Her email address is sclary@ncronline.org. Follow her on Twitter at @scherp01.

March for Life changes venues, but strengthens its message of ending abortion

'Laudato Si' ' at 2: Have Francis' words been taken seriously?