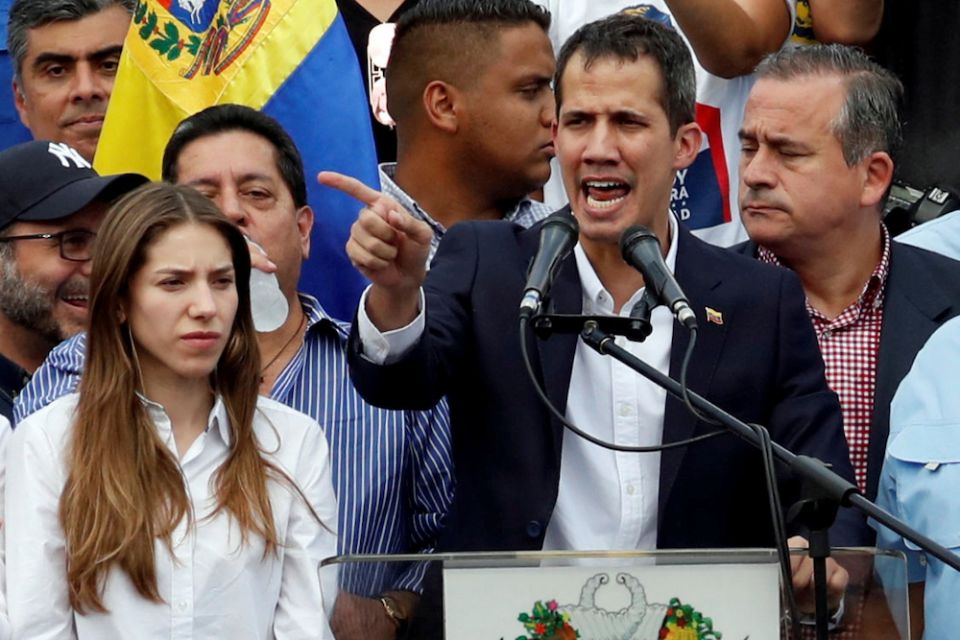 The Democrats may soon face their Iraq War or Hillary Clinton moment. Many Democrats, including Clinton, then U.S. Senator from New York, voted to support President George W. Bush and Vice President Dick Cheney's invasion of Iraq in 2003. This was a war of choice, not of necessity. It was based on the lie that Saddam Hussein, the president of Iraq, had weapons of mass destruction, such as deadly gasses and possibly even nuclear bombs. All these were lies.

The issue was oil, oil, and more oil — and the U.S. desire to secure for itself Iraq's oil production. Many Democrats, including Clinton, either fell for these lies or found it politically convenient to support the invasion so that they would not appear to be weak on terrorists especially two years after 9/11.

No Iraqis were involved in the 9/11 attacks, but many Americans blamed all Muslims and Arabs for the attack and considered them all as terrorists or potential terrorists. At the same time, many other Democrats and many Americans opposed this invasion. Clinton would later pay a political price for her support of the Bush/Cheney war. The invasion turned out to be a disaster and left Iraq a mess that it still is trying to deal with and harmed U.S. credibility in the Middle East and elsewhere. Although Clinton won the Democratic Party presidential nomination in 2016, many Democrats and other Americans never forgave her for her support of the Iraq invasion costing more than 4,000 American lives and wounding many others physically and emotionally. This created an enthusiasm gap for Clinton and may have led some voters to not support her, possibly costing her the election to Donald Trump.

The new Iraq or Clinton moment today is Venezuela. The issue is whether the U.S. will invade it to overthrow the Maduro government and install one more favorable to the United States. Already, the Trump administration is supporting a non-elected oppositional group. It has also increased sanctions on the Maduro government to force it out of office. No doubt the CIA is trying to convince or bribe top military officials to rise up against Maduro. The most recent escalation is the cyber attack and other attacks on Venezuela's electrical system causing massive blackouts especially in the capital Caracas. I have no doubt that these blackouts are the result of CIA involvement. The blackouts and sanctions are a form of warfare against Venezuela. The only thing left now is sending in the Marines and other U.S. forces in a new Trump version of gunboat diplomacy and a new version of the Iraq War. An American military invasion would assure a civil war in Venezuela, and even if Maduro is overturned, a deadly military counter invasion opposition similar to Iraq is likely, resulting in another quagmire for the United States.

But where are the voices of opposition in our country? And where, specifically, are the Democrats — including the presidential candidates on this issue? Regrettably, leading Democrats, such as Nancy Pelosi, the Speaker of the House, seem to be in support of Trump's actions to overthrow the Maduro government — shame on them! Did they not learn anything from the disaster of Iraq? And what will be the Democrats' position when Trump sends in the Marines? Will they support this unwarranted invasion? This will be their Iraq-and-Hillary-Clinton moment. How they stand will affect them politically and affect their legacies. Nothing is gained by an invasion reminding people, certainly in the Americas, of the long history of U.S. invasions and overthrowing of Latin American governments. They will remind them of the gringo and Yankee treatment of Latin America as "America's back yard" and the destiny — Manifest Destiny — to determine the fate of Latin America. Is this what the Democrats want? This is what they may be facing sometime in the near future. But even if that invasion does not come, the larger issue is that of American imperialism and Trump's attempt to revitalize it Latin America. I don't believe that this is where the majority of Americans are in their thinking, and if so, the Democrats will pay a political price if they support Trump's neo-imperialism or if they just stand by and allow it to happen. We will see.

Has this election cycle lost its moral compass?